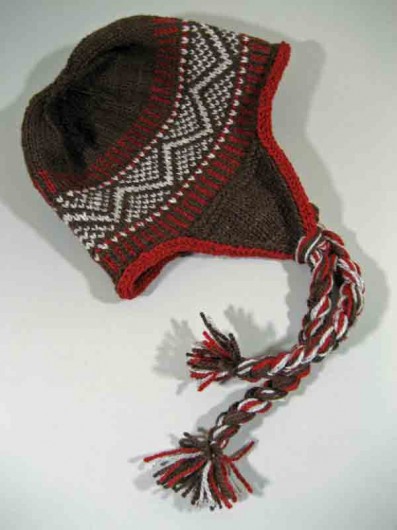 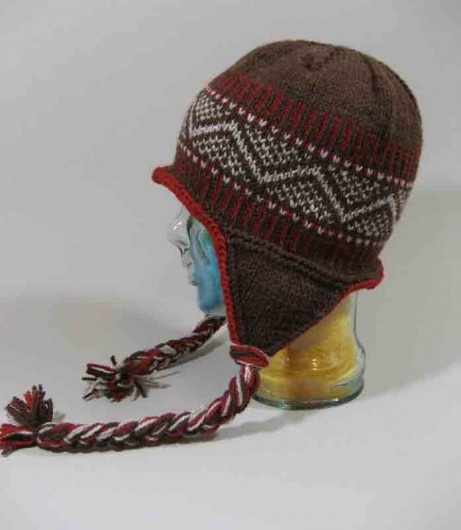 This Troll* knitted an earflap hat fit for Yoopers.** And fit for anyone else struggling to keep a head warm in cold winter weather. This hat won’t make you look good.  It will just make you feel good.

The pattern is another Amy E. Anderson pattern: Durango. It’s available for download at Anderson’s Ravelry store.  And Blackberry Ridge kits it up with their wonderful worsted, shown here. My only modifications were to use applied I-cord edging and to add the braids (using up some of the gobs of extra yarn included in the kit).

Nothing like a bit of easy fair isle to snaz up a hat.

* A “troll” lives under a bridge, so that would be someone who lives in Michigan’s lower peninsula, below the Mackinac Bridge.

** A “Yooper” lives in Michigan’s upper peninsula, the U.P. 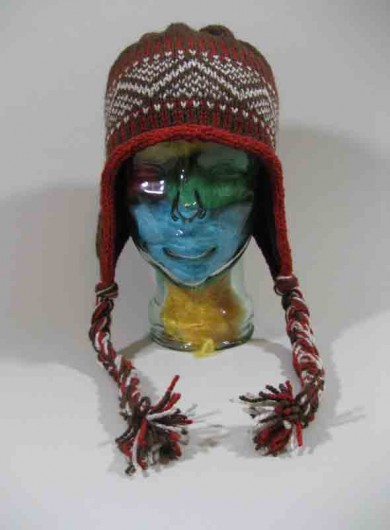 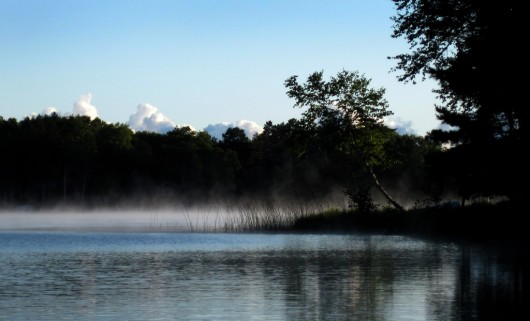 A crisp fall morning. The water has cooled way down. But it’s still warmer than the air. It’s not cold enough yet to be real ice fog. The real deal would be very very rare even during the coldest Michigan weather.

Some call ice fog “pogonip.” Pogonip is an adaption of the Shoshone word for cloud (pakenappah). That’s what The Old Farmer’s Almanc is referring to in December when it says: “Beware the pogonip.” 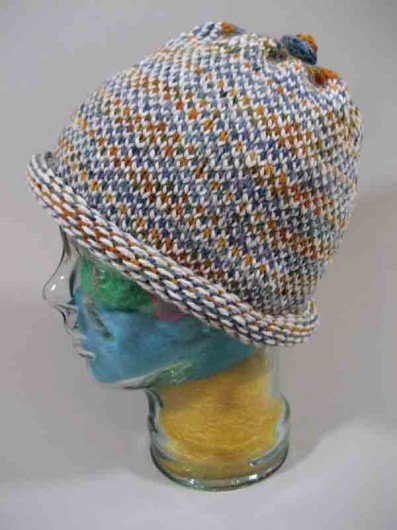 This is Amy E. Anderson’s “Merrily We Roll Along.” The pattern is available through her Ravelry store and at Blackberry Ridge. I purchased my pattern at a local fiber festival, kitted up with about two ounces of Blackberry Ridge worsted weight in off-white and another two ounces of their multi-color worsted.

The pattern is a threefer. It’s shown here in the simple “salt ‘n pepper” version. (Knit one stitch in one color, then one in the other color, then alternate on the next round). Anderson’s pattern also includes a vertical stripe version and a spiral-of-color version. All three versions eliminate the need to take any steps to avoid the dreaded “jog” at the round change.

At the crown decreases, Anderson recommends you choose one of the yarn colors to finish off the hat. Next time I make this, I believe I will simply continue the two colors and just work the decreases in.

The decreases are a bit abrupt, as compared to most crowns. That causes the crown section to bunch up, but it’s a design feature rather than a flaw and I like it. My only modifications were to work a row straight between all of the decrease rows.  And I knitted down to four stitches, worked I-cord for about four inches, and then tied a knot to finish it off.

“Salt ‘n pepper” creates a very firm fabric–so firm that the hat stands up on its own. That’s good. It will also stand up well to cold weather. 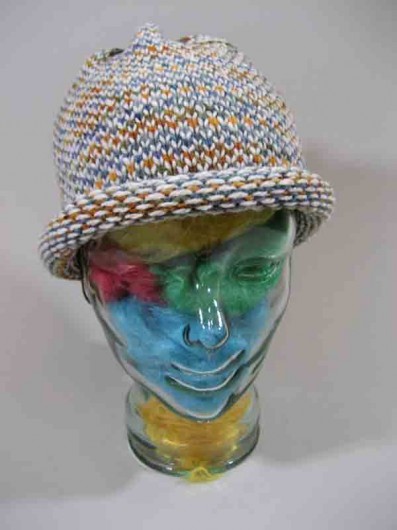 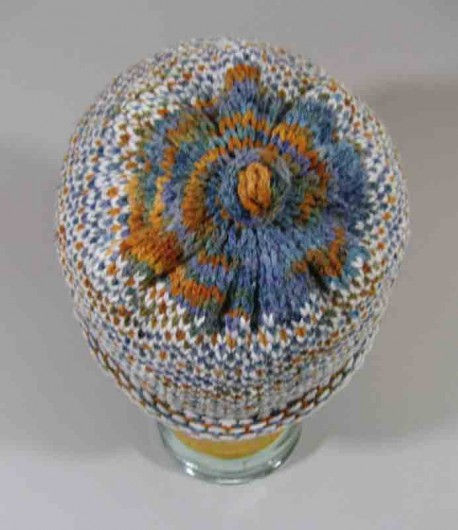