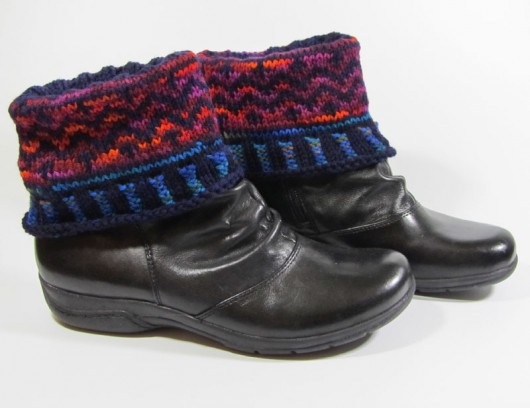 As a Savannah friend recently asked when I sent her this photo, what do you call those things anyway? (She didn’t mean the boots…boots she knows.) She was speaking of the pretty things stuck in the boots. Knitters mostly seem to call them boot toppers.

Sometimes you don’t know you need something until you see it. OK. Sometimes you don’t need the things that you see that catch your fancy. But this was a fun, quick knit and a colorful addition to my “each guest chooses” holiday basket. The chosen (this one was) are in the running for next year’s basket.

These worsted weight boot toppers are Leslie Taylor’s sensibly named “Fair Isle Boot Toppers.” The pattern was kitted-up with Mountain Colors 4/8’s Wool, a great work-horse yarn available in all the company’s colorways. Look for the kit in your local yarn shop or on the web. It includes two dark colors and two color-changing teeny skeins. Mine had plenty of yarn to spare–enough for a fair isle coffee cozy.

Oh, just in case you’re wondering. Those spiffy-looking boots are brand new in this photo. We’re having a wicked winter so far here in Michigan. All I can say is, despite my siliconing the dickens out of them, the salt attack is in full-swing. 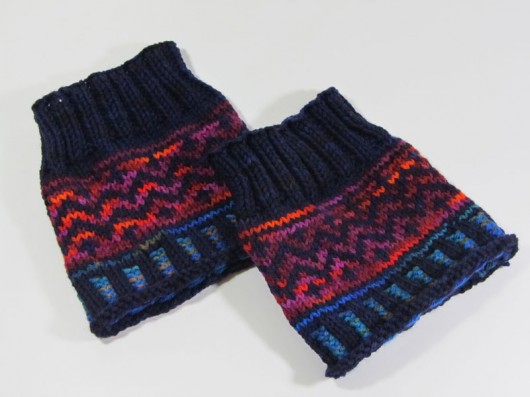