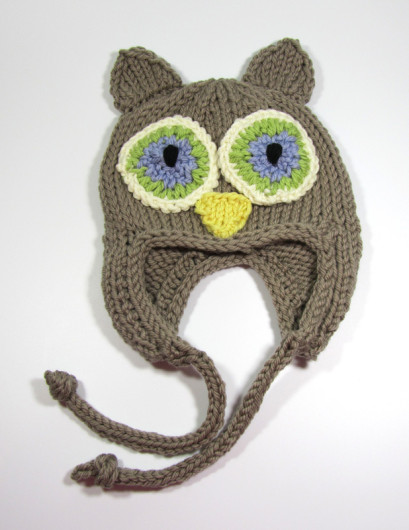 This is “Owl Be There” from Lauren Riker’s “Family of Animal Hats.” I knit mine in Valley Yarns, Valley Superwash Bulky. I’m not typically a big fan of bulky weights, but this WEBS merino house brand won me over. This hat was worked in leftovers from Evelyn’s Welcome Home blanket. Unlike most bulky weights, the balls only rarely had any knots. Machine wash, gentle. Tumble dry, low. Perfect for kid stuff. 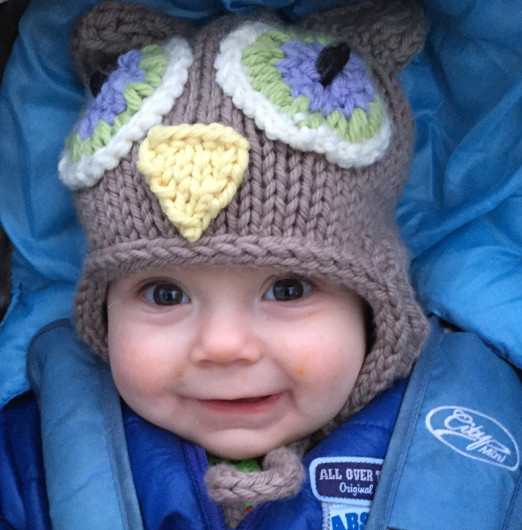 To keep the edges from rolling, I added an applied I-cord border instead of the recommended blanket stitch trim. That worked well. And I just continued the I-cord to knit the ties instead of using braided ties. I also couldn’t quite make gauge in this yarn, so I knit the child size instead of the baby size and it all worked.

I thought I’d also knit my grandson a hat he won’t want to wear once he gets a tad older. Grandmothers are supposed to do the “even Steven” thing, right? So, this next one is Isaac’s Rainbow Trout Hat. It’s a Mountain Colors kit, worked in their 3-ply bulky wool, and designed by Diana McKay. 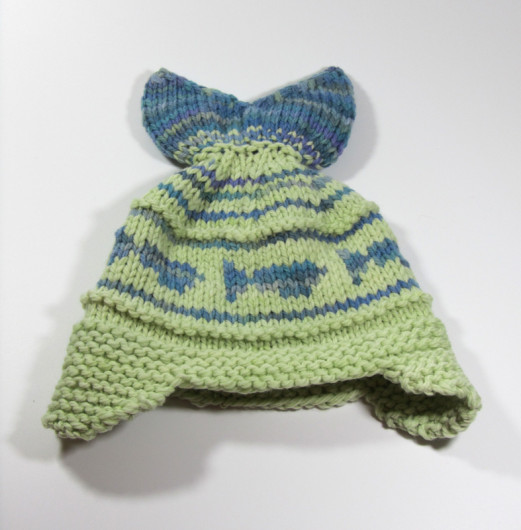 Earflaps and a tail. Excellent candidate for pre-school “Silly Hat” day this year. 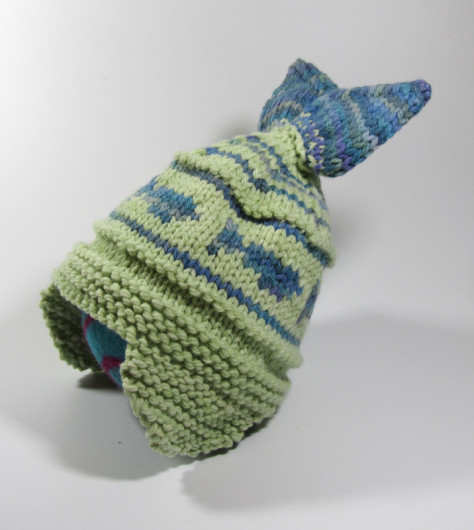 Fair Isle worked in bulky weight doesn’t show off the technique to good advantage. But with the tail on the top of the hat, I think most viewers will recognize that this hat’s got a fish theme going.

It’s probably not fair to feature a hat on this novelty hat post just because it, and its yarn, have silly names. But, I’ll not be talked out of it. This next hat is Robyn Schrager’s Bambloom Beanie knit in Universal Yarn’s Bamboo Bloom Handpaint. I call the hat Bambini for short. 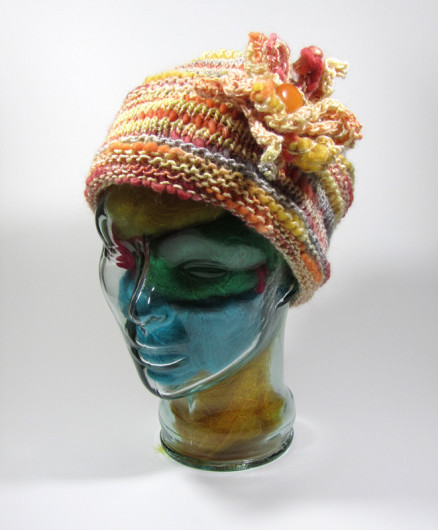 Bambini started out its fibery life in my stash as this. 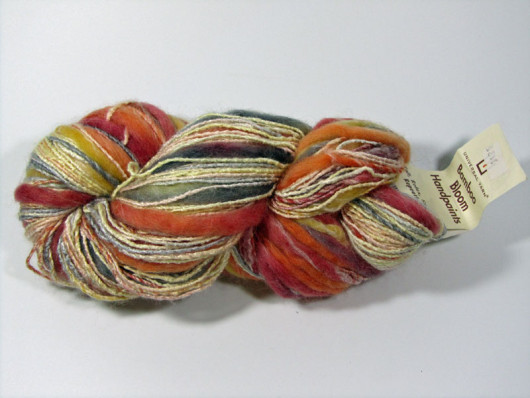 It took me  a good long while to figure out what it wanted to be. But I am well-satisfied with the result. And so was my niece when she chose Bambini as one of her holiday presents. 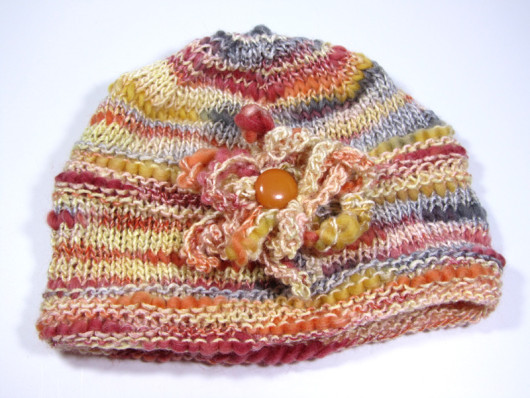 The pattern calls for a crocheted do-dad.  But I’m seriously crochet-impaired and needed to come up with something different. My knitted flower is “Flora Bunda” from Nicki Epstein’s book, “Knitted Embellishments.” Instead of doing 28 tendril repeats, I did 16. Once I spotted a perfect color vintage button in my mom’s button box, the one that incorporates her mom’s button box, I figured I’d produced a hat that one of my stylish nieces would like. And, as I recall, this hat took the honor of being the first hat chosen at the 2015 “pick-your-knitted-gifts” party.