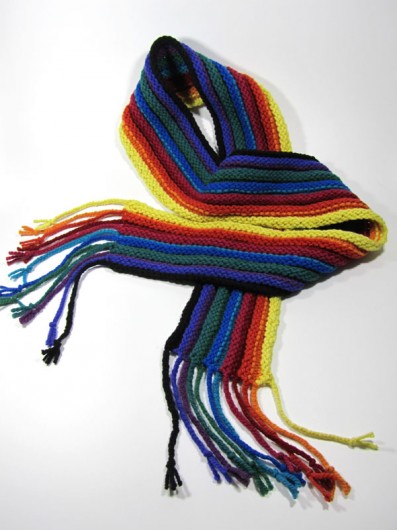 This is Amy E. Anderson’s Long Story Short Scarf, a versatile pattern that’s more a recipe than a specific pattern. It’s available for download on Ravelry. I purchased mine from Blackberry Ridge, kitted with their worsted weight yarn.

This pattern includes directions for scarves, shawls, baby blankets and afghans in your choice of 3 stitches. It is intended as a way to use up your leftovers. If you like, you can choose a new yarn at the beginning of every row and cut it at the end of every row.

The Blackberry Ridge kit directs the knitter to use the “baffled” stitch from Anderson’s pattern. The direction for “baffled,” which is one of three choices on how to work the stitches, baffled me for a good long while. The directions say to “knit 3 right side rows, knit 3 wrong side rows.” Hmm. Pretty much us knitters alternate between right side and wrong side rows unless we are working on circulars, in which case we knit only on right side rounds.

Here’s the deal: you must use circular needles. Anderson tells you that but doesn’t explain the why of it, at least I didn’t find the why anywhere. You knit one row, cut the yarn. Do NOT turn the needles around. Go back and join the new yarn starting at the same stitch you started with in the first row. And then do that for a third time. On the 4th row, turn the needles. Now you are working what Anderson calls a “wrong” side row (though there’s really no difference between the right and the wrong side). Do that same thing for 3 rows and start the next set of six rows. Easy peasy.

I braided the fringe. I think it will hold up better that way and look a bit neater. It works out really well because there are 3 strands of each color on each end, so you end up with a fringe of one braid of each color–at least in my version that changed yarn color every three rows. 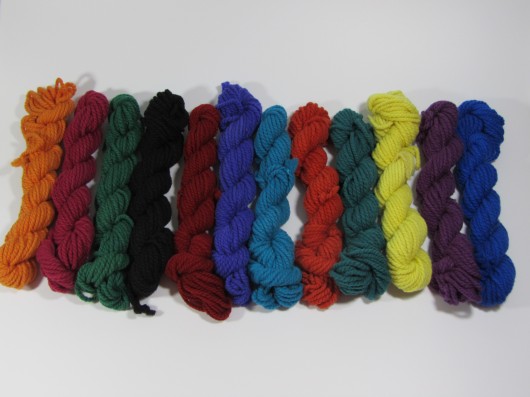 This is Marshlands, by Amy E. Anderson (Wigglyworld on Ravelry).  It is knit in Blackberry Ridge medium weight wool yarns. For $16.00 the Blackberry Ridge kit is a bargain and there is an ample amount of yarn included. The pattern is also available in Amy’s Rav store. This hat is a very quick knit. It would be an excellent first Fair Isle project.

Embroidery is among the many needlecrafts that I never mastered, but Amy’s directions are very clear on how to embroider the tops of the reeds. “In at point one, out at point two, in at point three…,” all nicely charted. It has been observed that my reed tops look more like dead Christmas trees, but we won’t discuss that right now.

This hat looks incredibly dopey on my head. Sad to say, but true. But I had Sara, the granddaughter of my neighbors at the lake, try it on and she looked cute as a bug’s ear. My question to Sara was “braids–on or off?”  She voted to keep the braids on, and so I did. Amy’s pattern called for more diminutive six-strand braids. 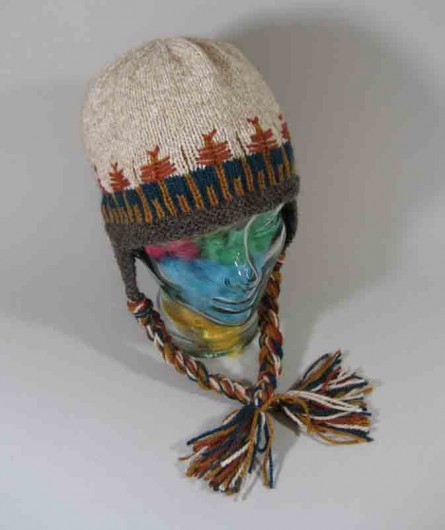