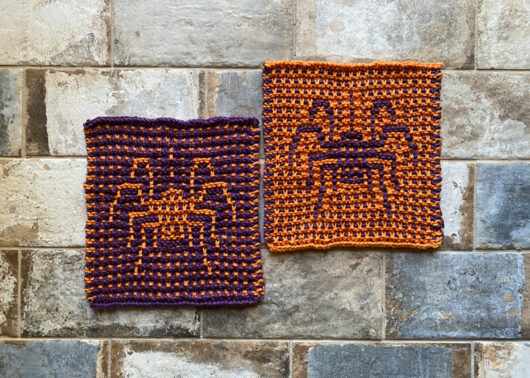 Halloween was a big deal during my 1960’s childhood. The candy was a draw for sure. Getting dressed up in costumes and walking around at night was special. We didn’t wear our costumes around the house or at any time except Halloween. And we did not otherwise often walk the neighborhood at night. It was a safe neighborhood. It just wasn’t something we did. The rule was “be home when the street lights come on.”

This year Halloween on my blog is all dishcloths. In fact, they are all cloths by Amy Marie Vold, the talented mosaic stitch designer whose work I frequently knit. She calls this design Along Came a Spider. 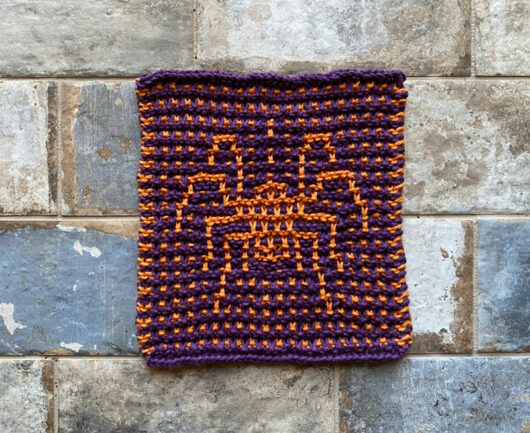 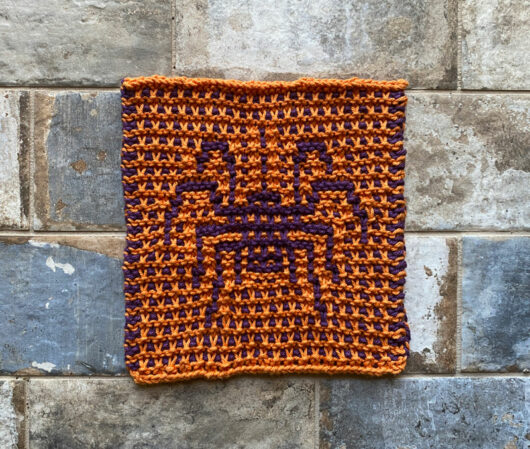 This next creepy cloth is Clean to the Bone. I knit it in Paintbox Cotton Aran. Skull and crossbows dude is fine with a more rustic kitchen cotton. More down to earth. 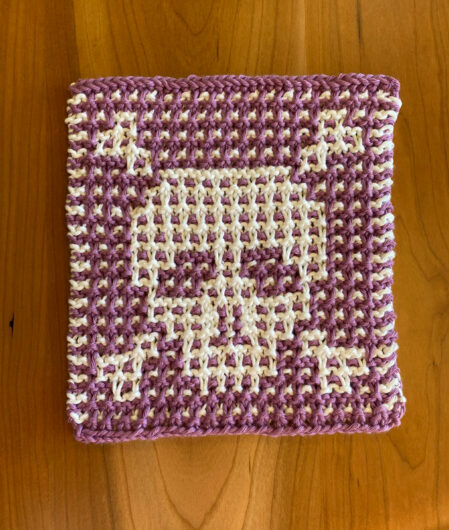 I was raised on the East Side of Detroit. East Side kids came to your door on Halloween and yelled “Help the poor.” Just “Help the poor.” That’s what (and all) we yelled. I was an adult, and living on the West Side, before I heard kids yell the rest: “Help the poor, my pants are tore, gimme some money and I’ll buy s’more.” I was shocked to learn the rest of the chant. We kids on the East Side were in a hurry for the candy. Standing out in the cold shouting more than just a few words was so not going to happen. 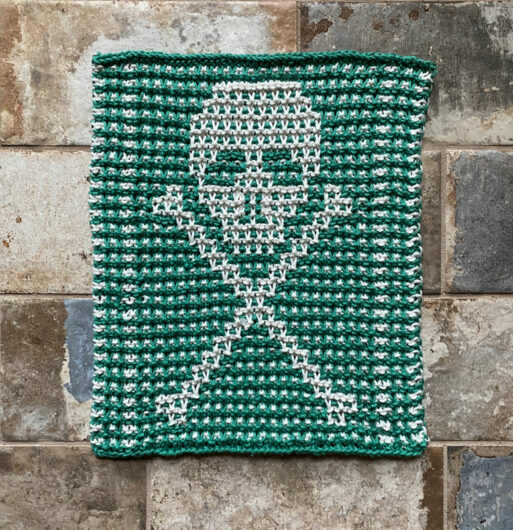 And this last cloth? It’s Bone Dry Bar Mop knit in Paintbox Yarns Cotton DK. I knit almost all cloths in worsted weight kitchen cotton. But this larger pattern needs more “presentation” space. A DK weight works well too. It may even sop up a little better than worsted after a few washes because it seems to resist shrinkage a little better.

East Side kids also did not ever yell “trick or treat.” It has the benefit of being quick to say, like “help the poor.” But “trick or treat” was for the ill-mannered (just kidding) West Side kids. We Eastsiders presented as waifs not bullies.