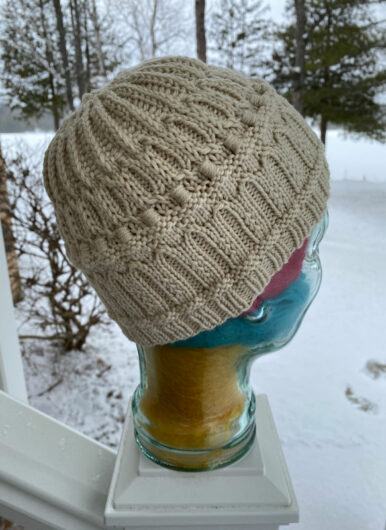 Here are some knits from months ago that never made it into the blog. Now that we’re in the dog days of summer, and with so much of the US (and the world) struggling with heat and fire, featuring some winter knits and even a few snow scenes sounded like fun. Ok. Maybe my idea of fun isn’t as well-developed as a lot of folks.

Glass Head, gazing out at the snow scene, is decked out in The Capitol, by Hinterm Stein. It’s one of the hats in Stein’s Domes Around the World series. A lot of us were prompted to knit this hat soon after January 6, 2021. I cast on in February, after purchasing a skein of Cascade 220 Superwash in the perfect color matching my nation’s Capitol Dome. 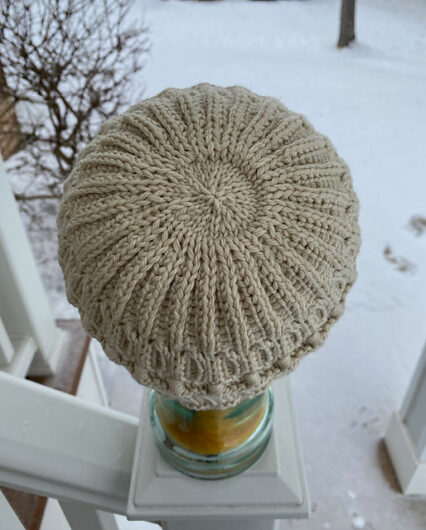 It is a beautiful dome in the real world and January 6th was a sobering day. It proved a somewhat sobering knit.

I made a very few modifications. Even though I used a lightweight worsted instead of sportweight, my row/round gauge was off. By a lot. I repeated rounds 49 and 50 six times, adding 12 rounds. And it’s still a bit shorter than ideal. But you can only monkey around with the Capitol’s dome a smidge before it isn’t the Capitol dome anymore. The crown decreases did not add what the pattern said would be about 2 inches of height. My crown flattened quickly and added only about an inch of height.

I wrapped the stitches that form the columns in rounds 31 and 33 three times instead of two. I just wanted them to be more pronounced.

Wonderful pattern, though. I like that the written-out, round-by-round directions are set out on the same line of the corresponding round in the chart. Working from the chart, it’s nice to also have the written directions handy.

This next hat is another Chameleon, Nicky Epstein’s wonderfully versatile hat. You can wear it cuffed. 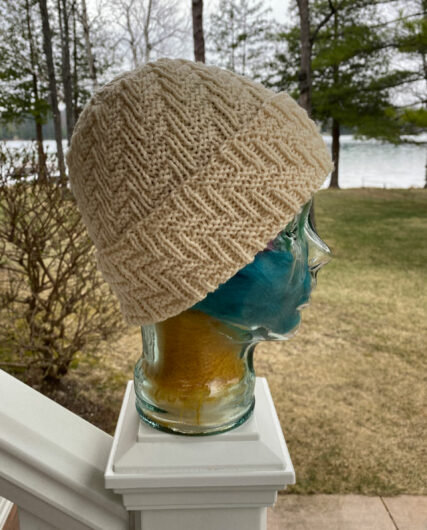 Or with a rolled brim or as a slouchy or even Robin Hood style with the brim folded deeper on one side of the hat. Here’s its crown. 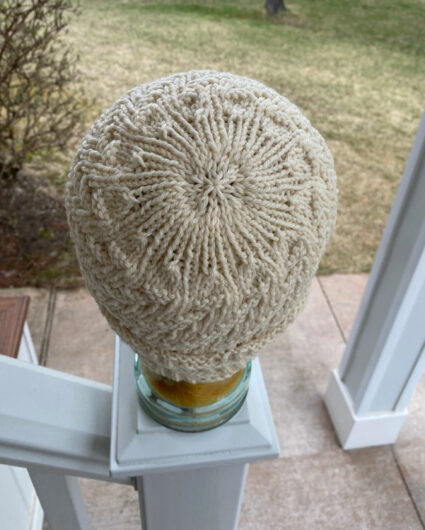 This Chameleon is knit in Rowan Pure Wool Worsted. I finished it as the lake thawed and winter was moving on. This post has links to my gobs of other Chameleon versions.

Sticking to today’s theme of “Baby it’s hot outside,” here’s a polar bear. It’s Denise Powell’s Little Bear. What I especially like about this polar bear is that it’s not cute. It’s more lifelike than typical for a knitted critter. It’s got that lumbering look to its legs. And the bit of a hump in its back. 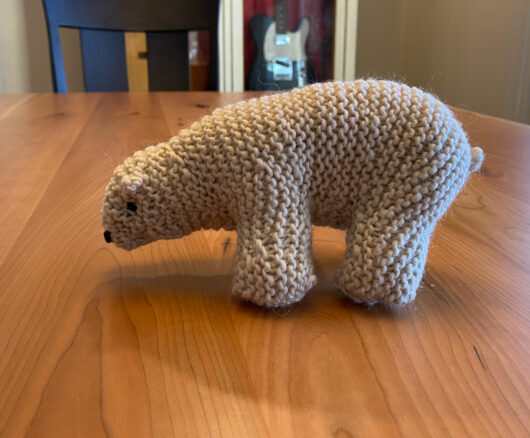 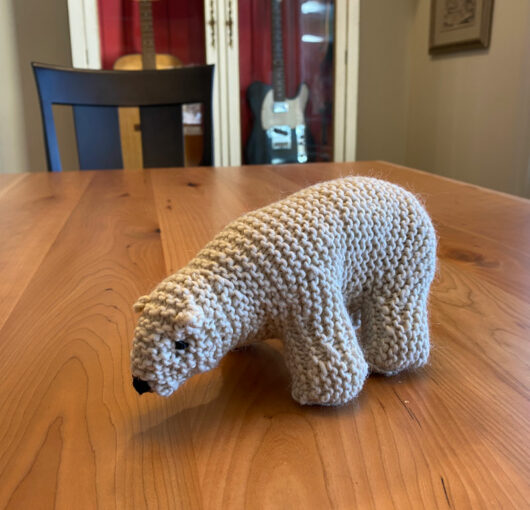 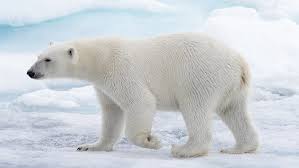 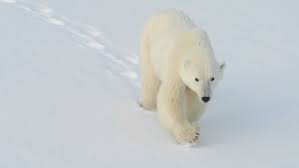 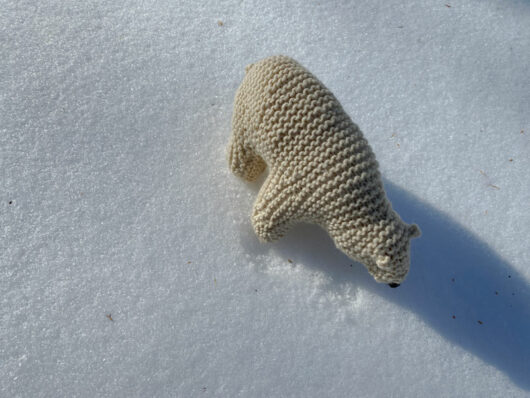