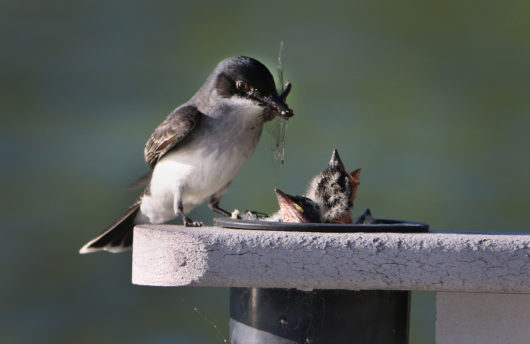 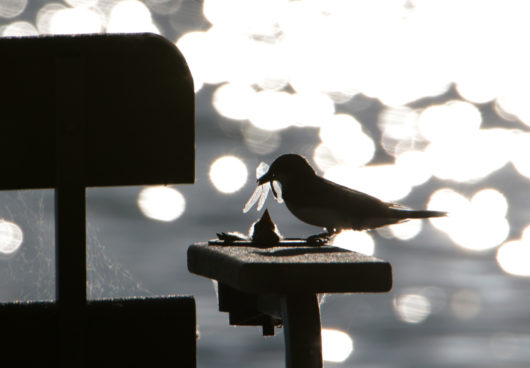 “No complaints. They’re nutritious and it’s all your dad and I can find tonight.”

The Eastern Kingbird nesting in our dock-bench cupholder seems to have three (or possibly four) hungry mouths to feed. Both parents are foraging and both bring food to the cupholder gang. 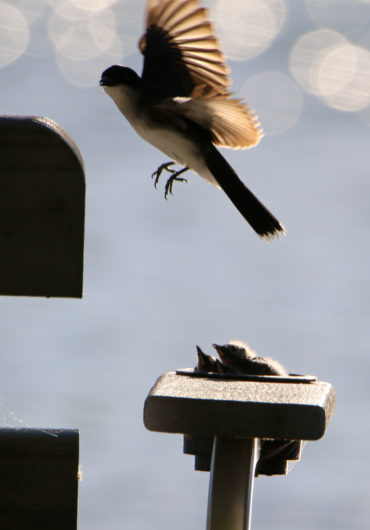 In fact, the adults are now taking their parental roles a bit too seriously. They’ve decided we’re a threat as we walk to our pontoon boat, which is tethered to the dock. They’ve been dive-bombing us when we enter or exit the boat. Fortunately, no collisions (yet).

Quite the mess ‘o birdies! 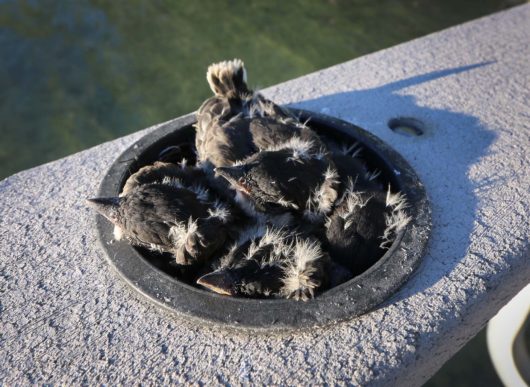 Those little tuffs of baby bird are just the best. 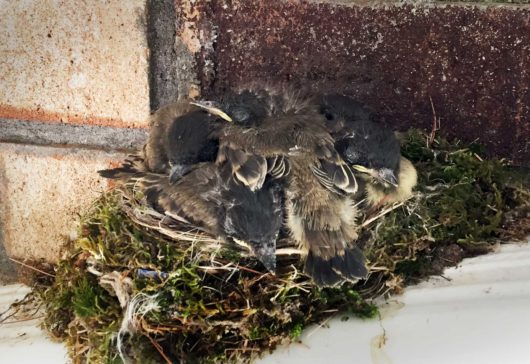 …getting a tad crowded. I’m thinking a fledge or two pretty soon would be a good idea. 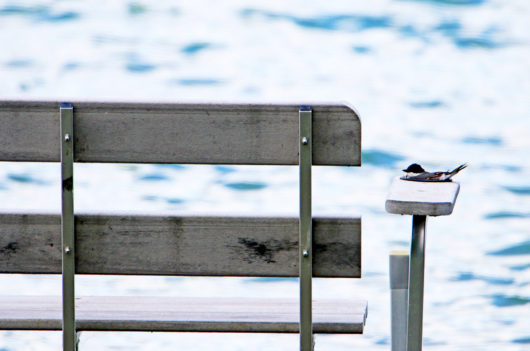 This is the bench on the end of our dock. You may wonder why that bird, an Eastern Kingbird, is squashing herself (the herself is the hint) down so low on the armrest. 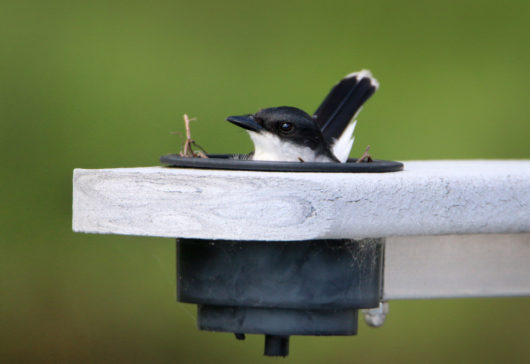 If that doesn’t beat all. She’s nesting in one of our cupholders! Actually, though it’s a bit cramped for a bird that’s between 7.5 and 9 inches long, maybe she’s a trendsetter. It’s sturdy. As long as she stays put it probably won’t get waterlogged. I’m guessing it holds the heat quite nicely. And it’s definitely not going to get blown away in the wind.

She’s been very tolerant of our comings and goings. We have tried not to disturb her. We aren’t, for example, sitting on the bench. She has dibs on the bench for the duration. But our pontoon boat is moored to the other side of the dock and we’re not abandoning our boat to suit this Kingbird, or ahem, Queenbird.

She flew off for a bug dinner, no doubt, and Steve was able to peek into the nest. 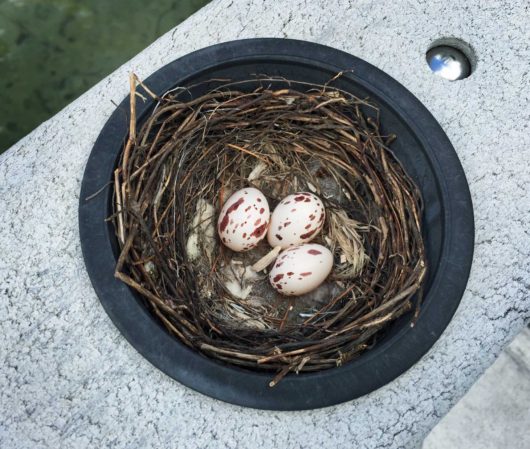 Well, I’ll be. And since this photo was taken, a fourth egg has been added to the clutch. The average clutch size is 2-5 eggs. Incubation is 14-17 days. And the time from hatch to fledge is 16-17 days. We’re in it for the long haul and just hope this spot isn’t too exposed to predators once the chicks hatch.

We think that this Eastern Phoebe has found a much better nesting place than the Kingbird. Phoebe is under our side porch overhang, atop a gutter drainpipe, with the chimney at her back. 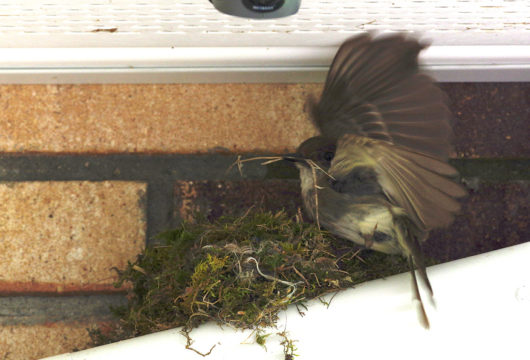 Our Phoebe is quite the graceful one, shown here working on her nest. We’ve also watched this flycatcher in prey mode. The Force is strong with this one! She hits her target for sure. And quick.

Even Martha Stewart would be proud of this creation. The moss and other greenery is the perfect touch. 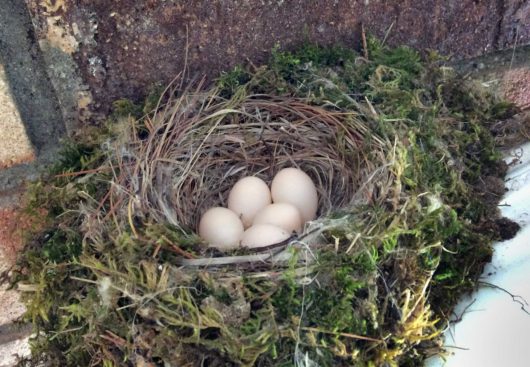