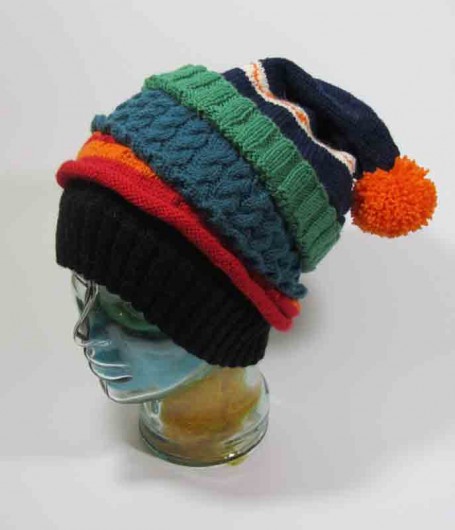 You know the story. Dobby the house elf is a free elf. Harry Potter managed to trick Dobby’s master, Lucius Malfoy, into giving Dobby a piece of clothing (a sock) and that’s how you free an elf. Now, as Winkie proves, most elves don’t want to be freed…or at least most think they don’t want to be freed. Hermione decides to knit hats and leave them where the house elves can pick them up while they are cleaning, which would free them. Hermione doesn’t realize that all she’s managed to do is make more work for Dobby because none of the other elves will clean up in Gryffindor House for fear of being freed. But Dobby loves clothes and collects up the hats and will wear them piled one atop the other.

But you know all about that.

This is my Dobby hat(s). The stack of five hats are knitted together. They are made to look as if they are piled haphazardly with placement of short rows. This Kendra Nitta pattern is included in The Unofficial Harry Potter Knits 2013 by Interweave Knits. Honestly, there’s a lot more Harry Potter chatter in this magazine than I enjoyed. And nothing but this hat really calls to me from the patterns presented. But the hat called loudly, so I bit the bullet, paid $14.99, and downloaded it.

Oh. This being the “unofficial” Harry Potter, this is not actually a Dobby hat. It’s the E.L.F. Hat (Elf Liberation Front). 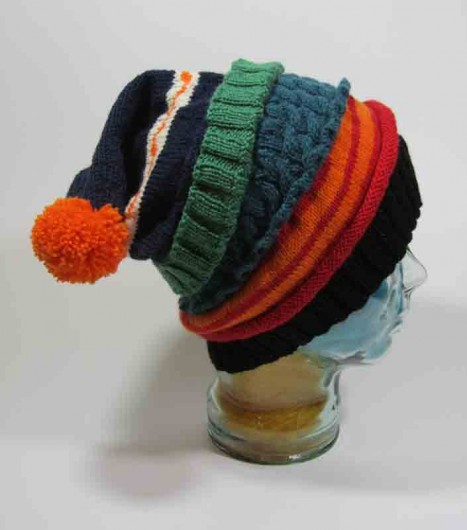