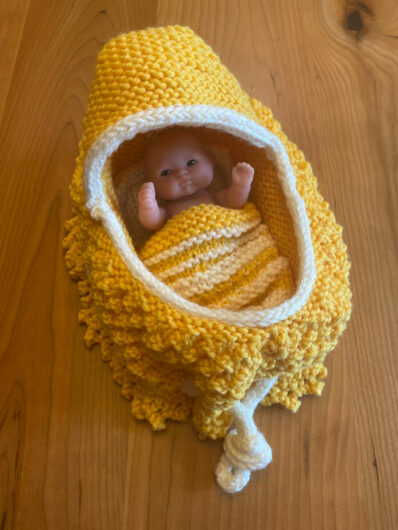 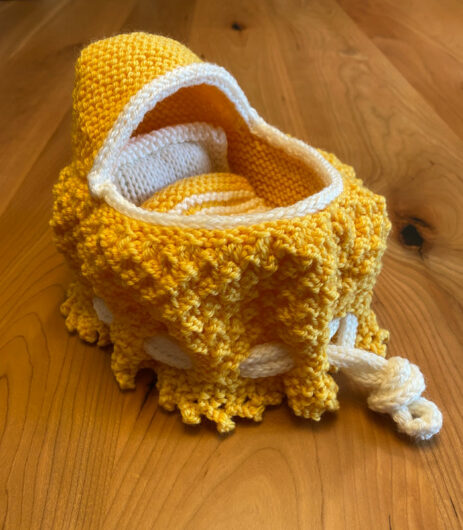 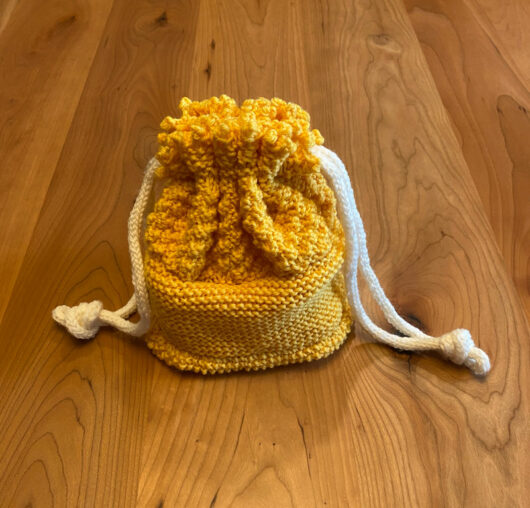 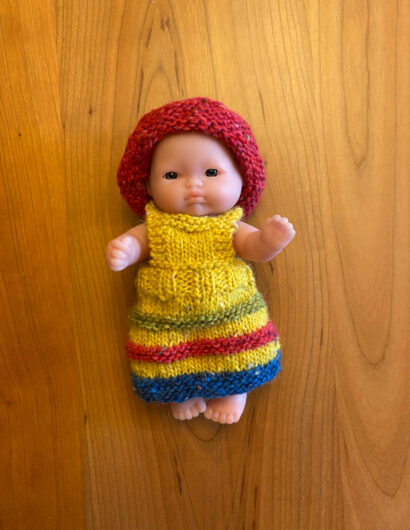 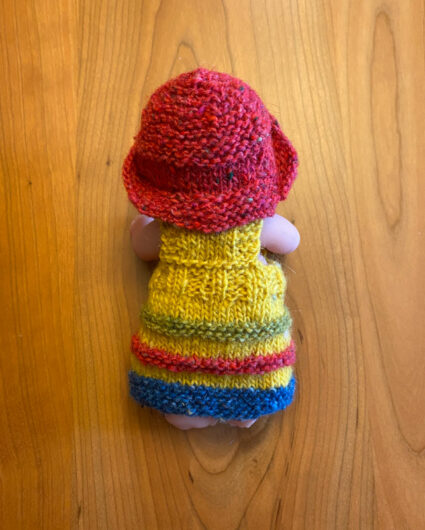 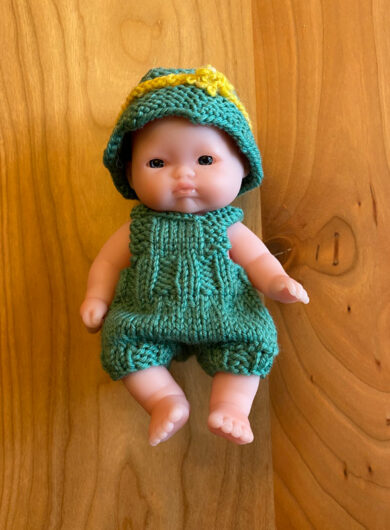 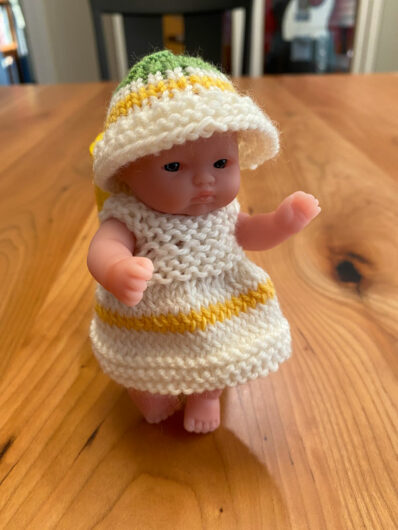 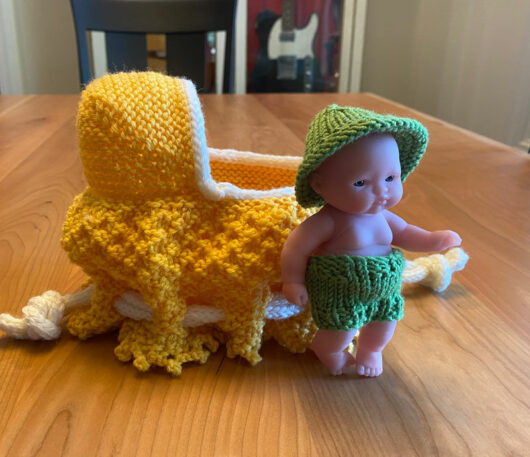 These little bits are such quick knits that even a bilnd follower knitter like me is tempted to experiment. The diaper cover is my experiment. It worked out just fine. I cast on 24 stitches in the round. Then I knit 3 rounds of k2, p2. In the next round, I knit 4, made 1, around the round because Itty Bitty is fat, fat the water rat. I’m sorry, I meant to say that Itty Bitty is chubby. Then I knit 5 rounds. In the next round, I k2 together, k 3 all around the round to the last 4 stitches, k 4. For the top ribbing, I K1, p1 for 3 rounds. I reversed direction and bound off loosely, knit wise. To create the leg holes, I just stitched through the middle stitches at the bottom of the ribbing. 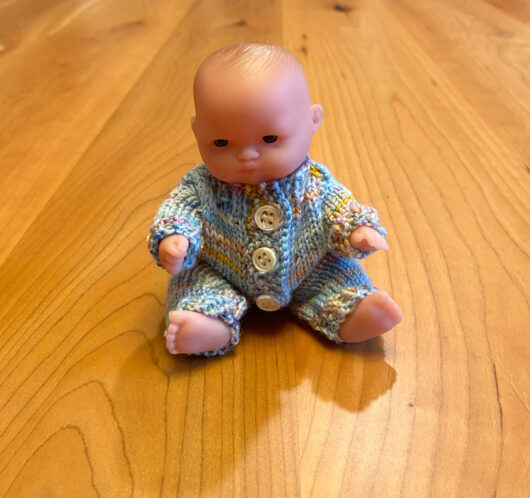 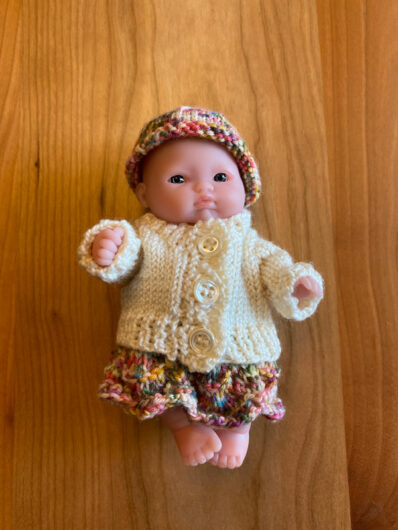 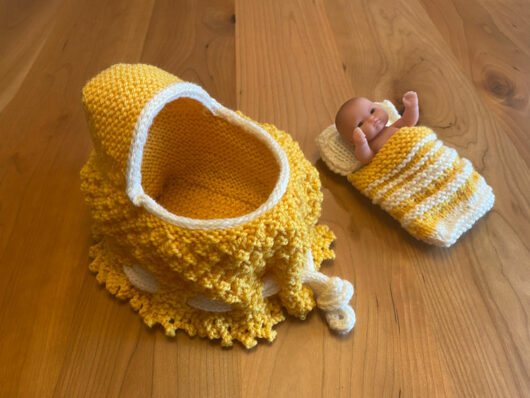