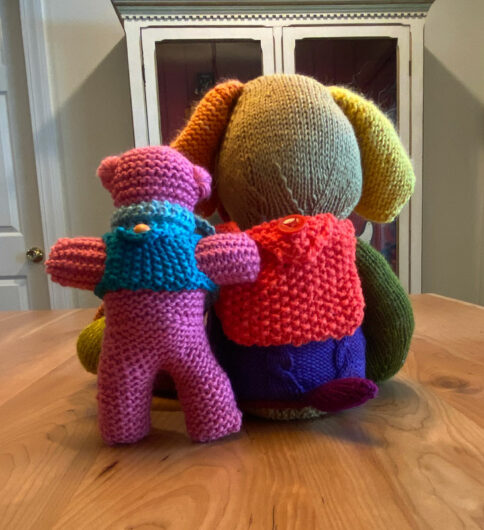 The “lovies” are decked out in their backpacks. What a grandmotherly oversight! This knitter had to be asked (and so sweetly) if she could make another backpack. The one made a good bit ago just wasn’t cutting it. Apparently the lovies were squabbling about who got to wear it.

This pair is wearing Jane Peirrepont’s freebie “Dustbag Rucksack.” Personally, I’ve never heard of a dustbag. I looked it up and find it technically means something that’s intended to protect expensive leathergoods from, well, a bunch of stuff including dust. This is sized for a doll called “Dusty” so maybe it’s just a designer pun. But a rucksack I get. It’s a bag with shoulder straps. In my neck of the woods that would be a backpack.

Pierrepont’s pattern is cute and very adaptable. I made the blue one in the DK weight yarn the pattern calls for. Except I used US size 5 instead of size 2 needles. I decided I wanted a larger one, so I knit the orange one in worsted weight. I increased the cast-on to 20 stitches and added some rows to increase the depth of the backpack. The pattern doesn’t mention it, but after studying the pattern photo I decided it was obvious that a knitter was supposed to knit two straps instead of just one long one. Cute pattern.

Reports are that the lovies are squabbling much less now. Here’s a look at Dustbag Rucksack off the lovies’ backs. 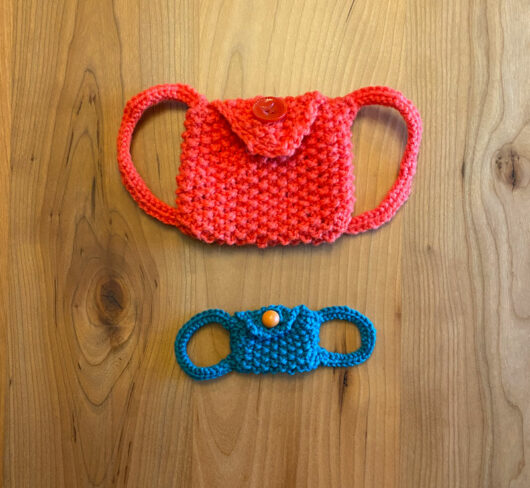 I was on a backpack roll and decided I’d knit a few more. These are “Dolls’ Day at School” by Rebecca Venton. It’s another Ravelry freebie. You’ve seen me knit this once before (scroll to the end of the post). It’s the backpack that started the whole lovie scuffle in the first place. 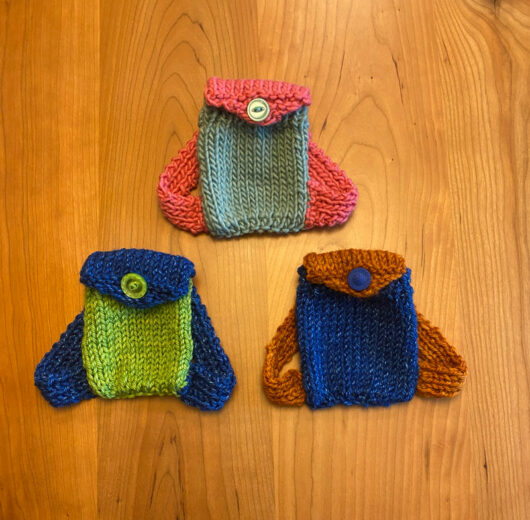 Such a cute pattern. Designed for Aran weight. Sized for an 18″ American Girl sized doll. 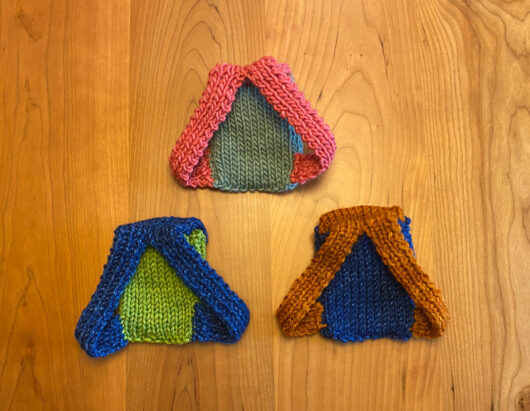 Here’s hoping that the unruly lovie crowd has turned ruly.