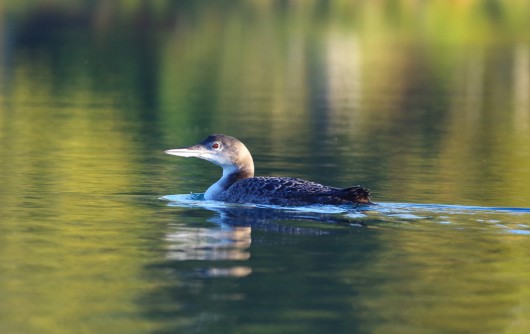 This is Long Lake’s only 2014 loon chick, in about mid-September. Its parents had either recently departed for places south or were about to. We saw the adolescent spending a lot more time alone as fall approached. The adolescent loon regularly came quite close to our kayaks. This one has seemed a bit more independent a little earlier than most of the chicks we’ve met before on the lake.

By late September, we still weren’t seeing the loon fly. But, as shown in this sequence, we got the feeling the young one was feeling his (or her) oats in the flying department. The loon wasn’t going anywhere, but there was an awful lot of wing flapping and stretching going on. 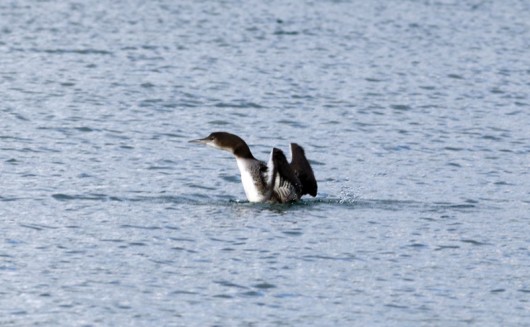 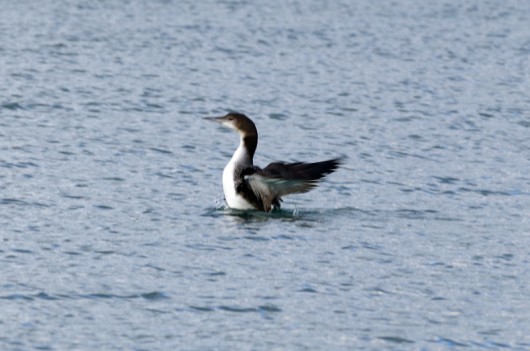 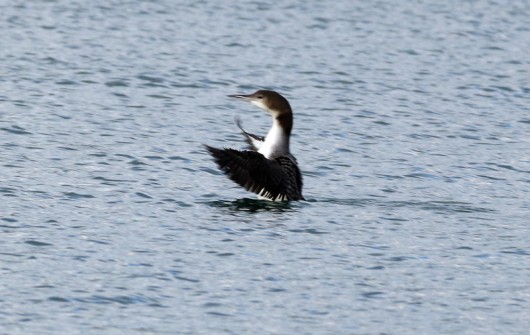 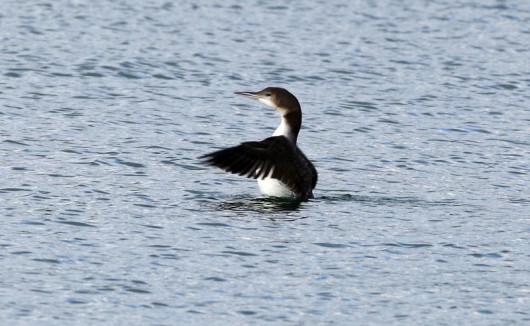 We were definitely rooting for flight. The nights are pretty cold. The little guy is all alone with only the lethargic black ducks for company. The goofy buffleheads will be here soon. This loon needed to get moving south.

Then, on October 8th, Steve saw the young loon dive in the southern smaller part of the lake. It surfaced and then started doing the wing flapping thing. Pretty soon the loon was kind of skipping across the surface of the water, doing one of those very ungraceful takeoffs that loons do that make you wonder if they’ll ever get airborne.

Then, suddenly, this year’s chick was in full flight. It headed north eventually up about 50 feet and has not been seen since. 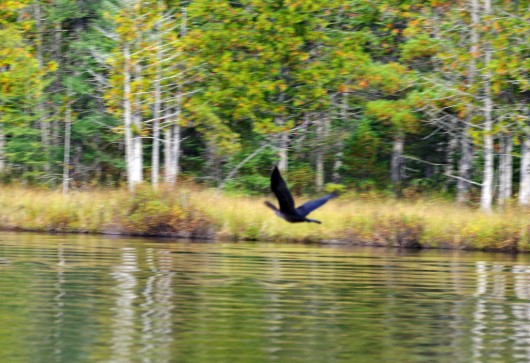 Not the clearest of photos on this last one. But it’s definitely the adolescent loon. Hopefully this one makes it safely south to its wintering grounds.