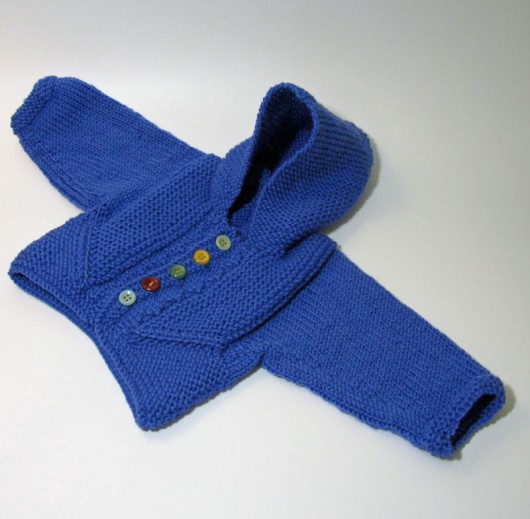 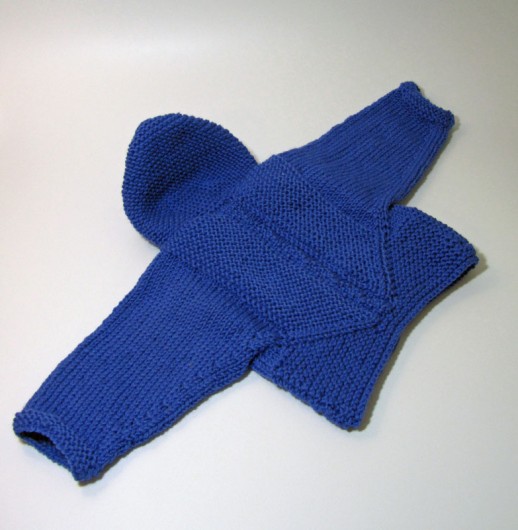 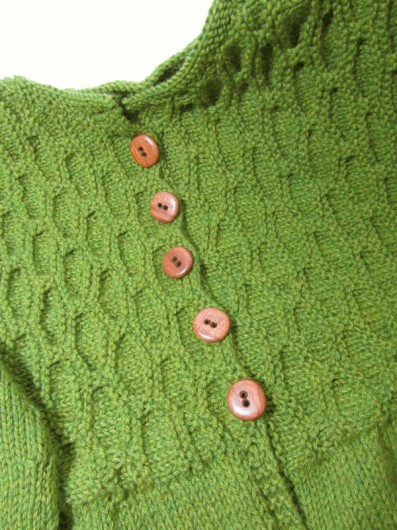 Not too long ago I posted about Pam Allen’s Comfy Cardigan, published in Clara Parke’s The Knitter’s Book of Wool. It is indeed comfortable. In fact, as I’m writing this I’m wearing Comfy on a chilly Michigan spring evening. But, nice as these wooden buttons are, they were too much button for this sweater. I looked at the sweater and only saw the buttons. Plus, the fabric is is a bit limp and the buttonholes are placed very close to the edge. So, despite my serious sewing impairment, replacing the buttons had to happen.

These Dill buttons, purchased recently at Mary Maxim’s in Port Huron, are a much better fit for this sweater. They are thin and very lightweight. The mottled yellow green works well with the yarn colorway.

Again while shopping at Mary Maxim’s I also found the perfect thread. I did not know that thread came in variegated colors these days. An interesting development and, again, a good choice for this sweater and these buttons. 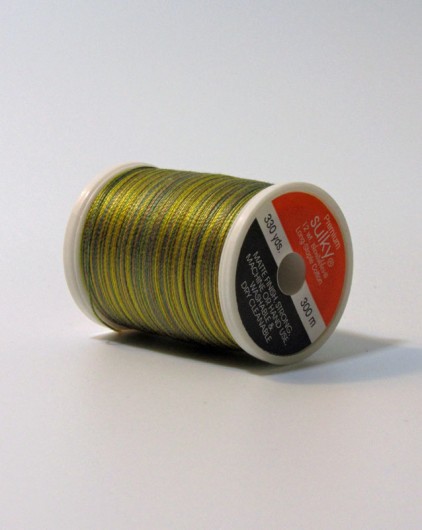 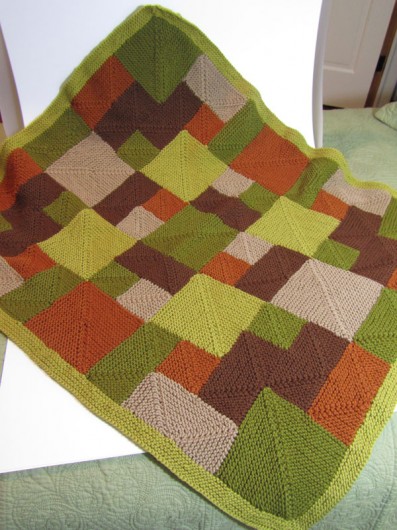 This is another Rambling Rows, the brain child of Cottage Creations’ Carol Anderson and Pat Penney. It’s the smallest of the versions the pattern provides. On size 7 needles, knitted up in the worsted weight version of Berroco Comfort, it is 28 inches by 34 inches. To me, it seems like it would be an excellent size for a car seat cozy.

Comfort has great color selection: 66 solids, 13 heathers and 14 print shades. Color choice is not always my strong suit, but I am pleased with how these play together. Quite a 60’s sensibility, including avocado, burnt orange, dark brown. There are a lot of stitches to pick up as each of the individual 55 mitred blocks are connected together. Comfort was a bit splitty for that task. But with just a bit of extra care it worked out fairly well. 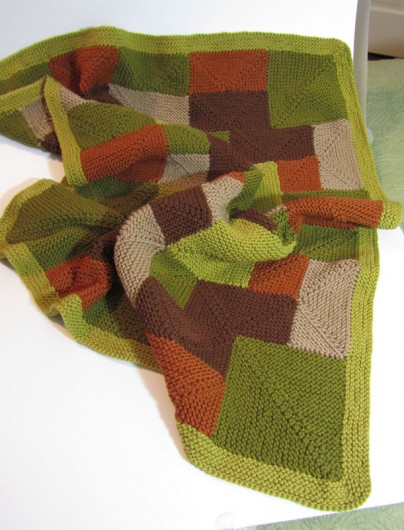 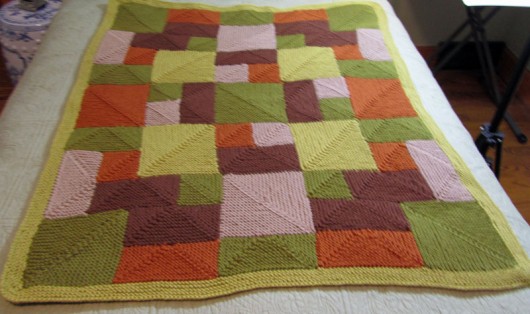 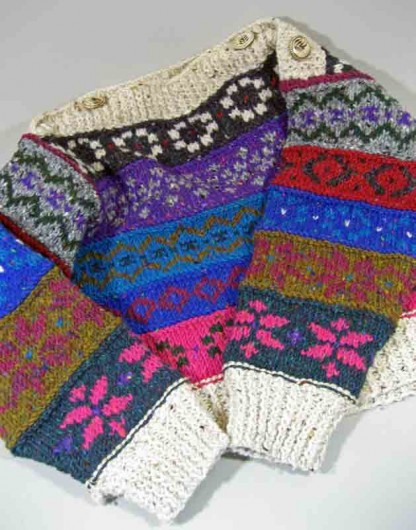 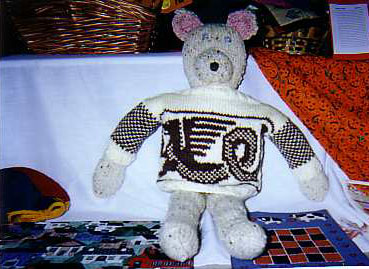 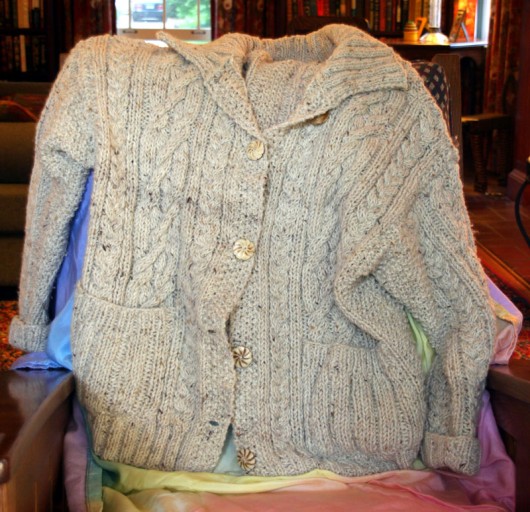 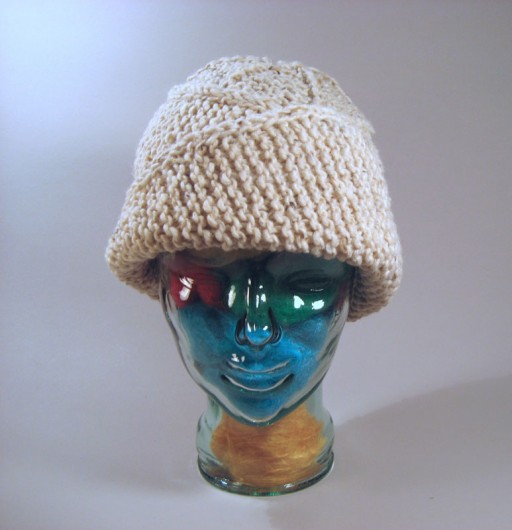 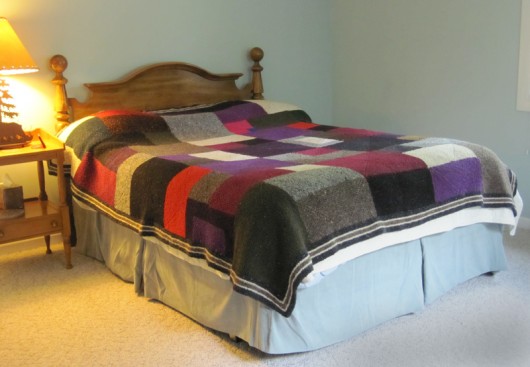 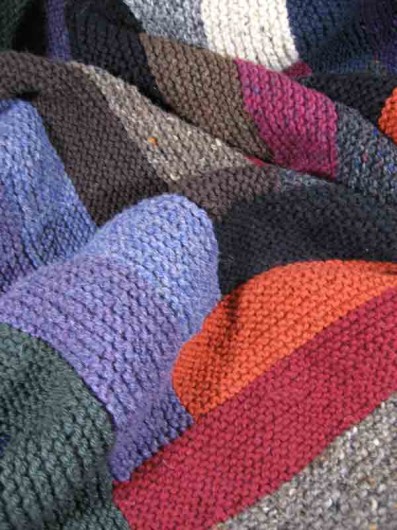 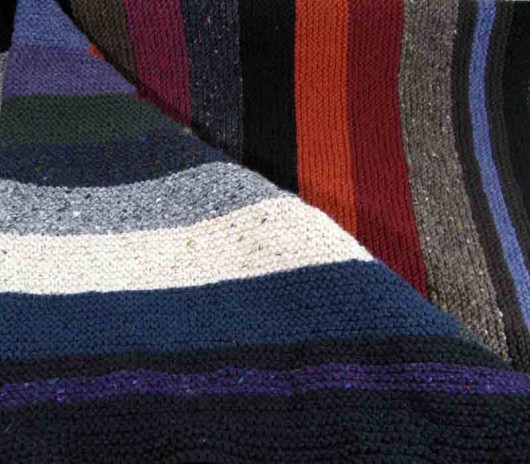 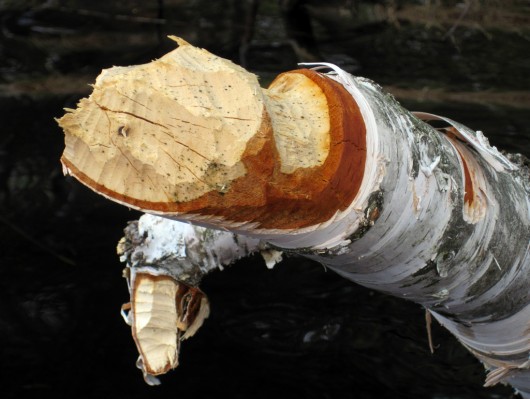 It wouldn’t be half so horrible if they’d learned what we two-legged mammals teach our young’ns: “Finish the one you have before you take another.” 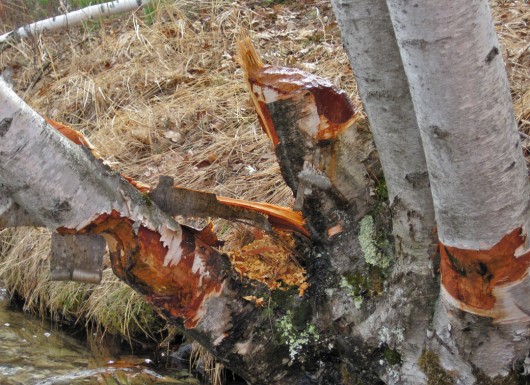 They are eating the living part of the tree. And they are only eating birch trees. I get it that beaver think birch is especially tasty. The Girl Scout Mint Cookie of the tree world, apparently. But this is so so disturbing. 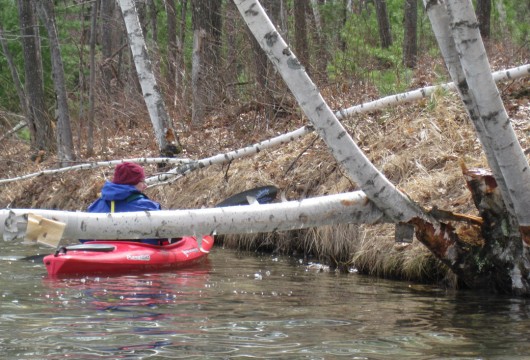 That’s me near the entrance to Ghost Bay, inspecting the damage. 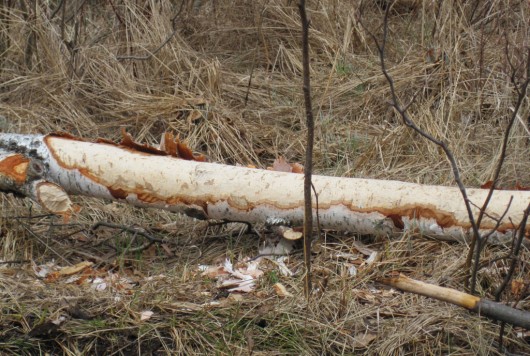 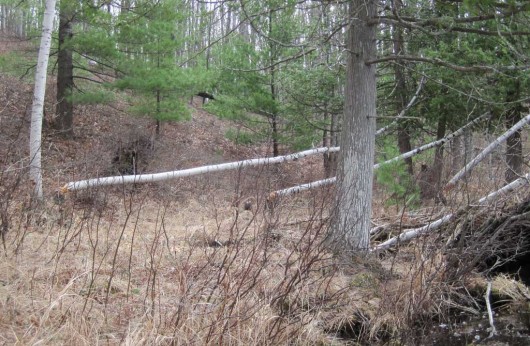 I do not find this even one bit of engineering clever. 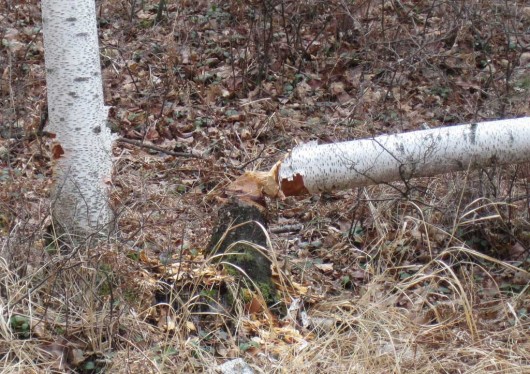 We lost count of the number of birch trees toppled and munched all around the perimeter of Ghost Bay. And, as you can see by the lodge, the beaver aren’t even using much of the downed timber to reinforce their home. 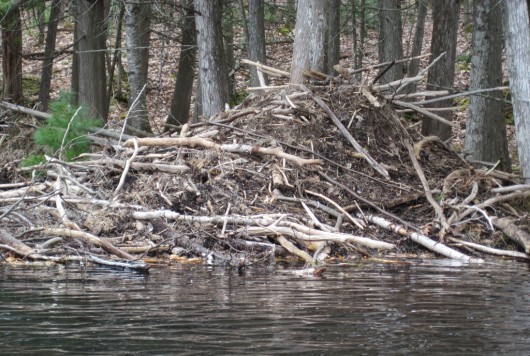 These critters have made a royal mess of a place that means a lot to all of us on the lake. In the past, when I caught a glimpse of them swimming, I’d feel quite privileged to share the lake with them. For now, I’m just overcome by the wastefulness of their feeding habits.