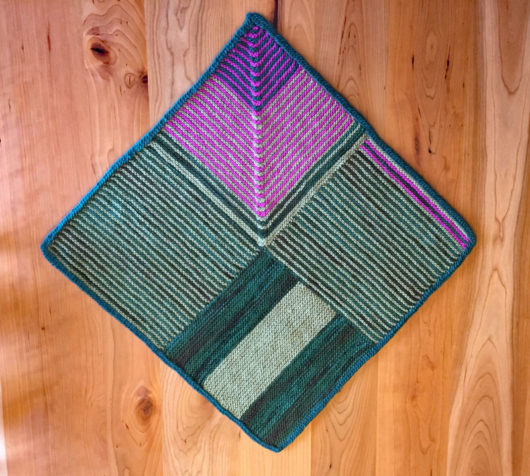 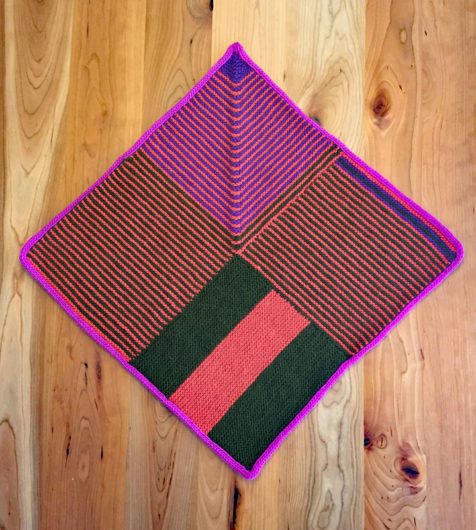 Since past is often prologue, you’re probably thinking that I’m up to my old tricks and have knit more dishcloths. Actually, I have been knitting dishcloths. But these are not dishcloths. And they aren’t potholders either. These are sized at 22 inches by 22 inches. Here’s a very big hint: 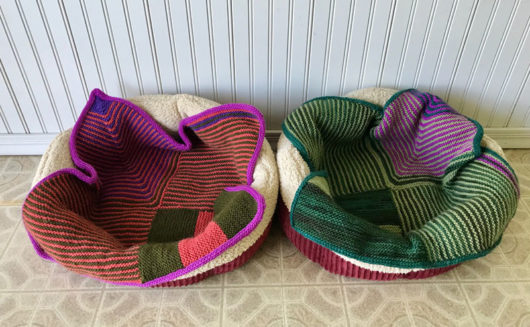 Feisty is one of my brother Tom’s cats. This is day one with the new blankie and Feisty’s enjoying it already! Quite unexpected because, well, because cats don’t just do what you want them to. Pretty much only they know their own mind. 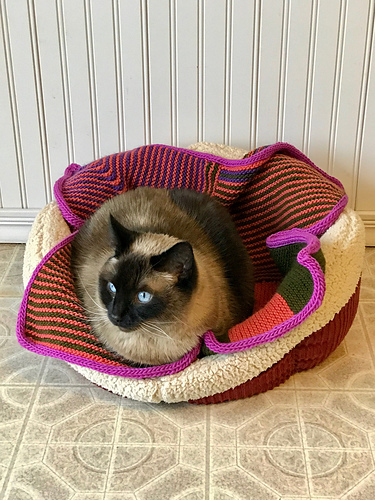 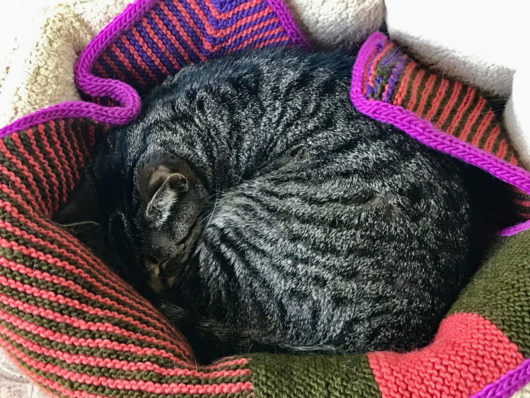 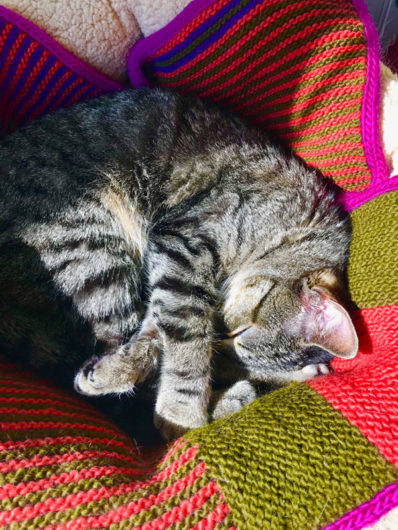 I have a theory about what it is about these blankets that make them cat magnets. (And the theory has nothing to do with catnip.)

But first, I need to give credit where it’s due. With some modifications–more on that in a minute–this is Donna Druchunas’s Garter Stitch Cat Shelter Blanket, a freebie available through Ravelry. I knit mine in Brown Sheep’s Lamb’s Pride Worsted. That would not be a choice for a shelter, where acrylic is king. But for pampered kitties whose owners don’t mind dealing with wool, it’s a good choice. When it’s time to wash the blankets, my brother will put them inside a pillow case (pinned closed) and will wash them as roughly as possible. They will look different after washing, but they’ll still be attractive and adequately sized. After the first wash, they won’t need any special treatment. Methinks the cats will still recognize and enjoy them after they’ve felted, even though they’ll be pads more than blankets.

Here’s my modifications on the pattern. 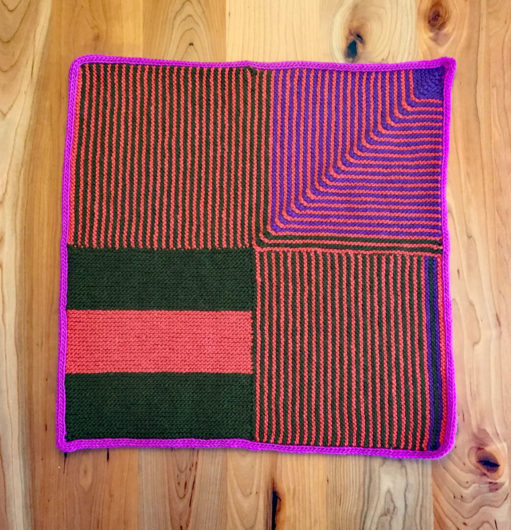 Oh. You might still be wondering about that theory of mine for why these turn out to be cat magnets. I think the cats like the yarn. Lamb’s Pride is seriously nice and scratchy. It’s 85% wool and 15% mohair. Maybe it’s the mohair that does it. My two cats, J. Eddie and Hoover, used to love their Lamb’s Pride blankets! I didn’t have the Druchunas pattern to work from then. I just knit them plain garter stitch pads. The cats snuggled on them contentedly. 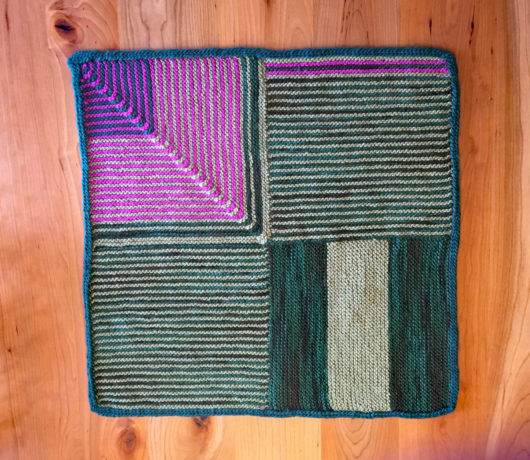 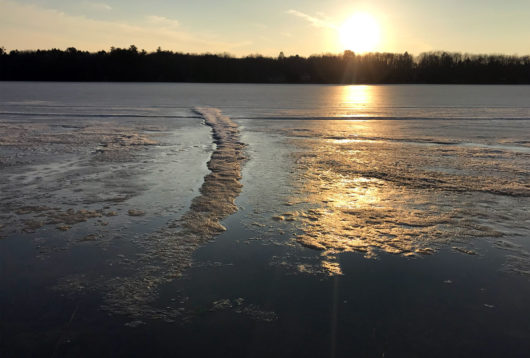 This was Long Lake a few days ago. The weird snow-bridge is Steve’s path to an ice-fishing spot. When the ice melted more along the shore, with a light breeze blowing, the path moved about 30 feet north. The next day it blew back in front of our house. 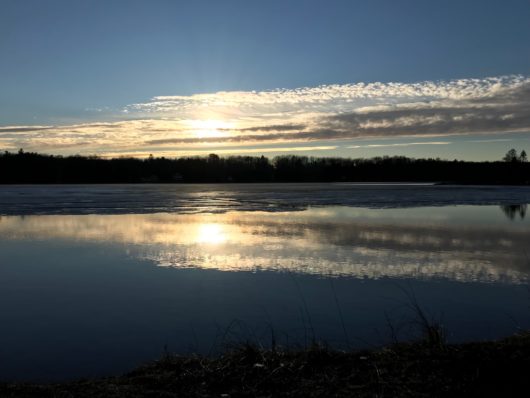 This is April 20th. These two paddlers threaded their way around the remaining ice, enjoying  the 60 degree sunshine, while our Adirondacks stared. 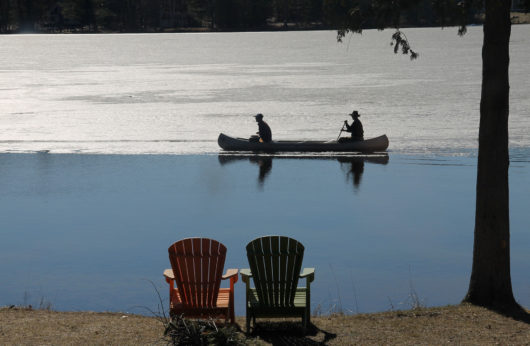 Soon we’ll be in our kayaks, checking for any beaver damage in Ghost Bay. I’ll also be sitting in the narrows watching for the large-mouth bass schooling through. 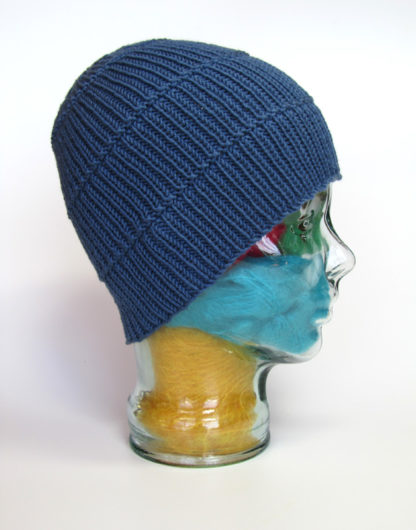 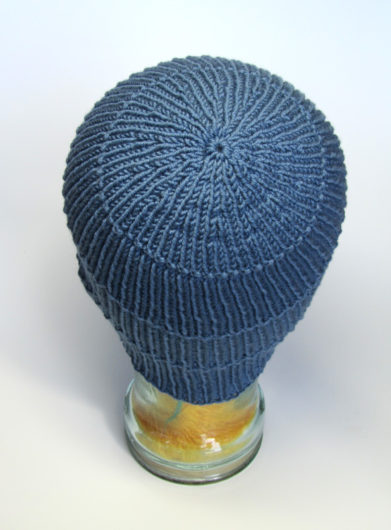 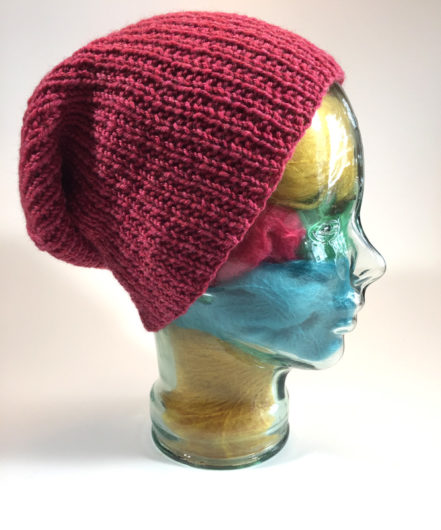 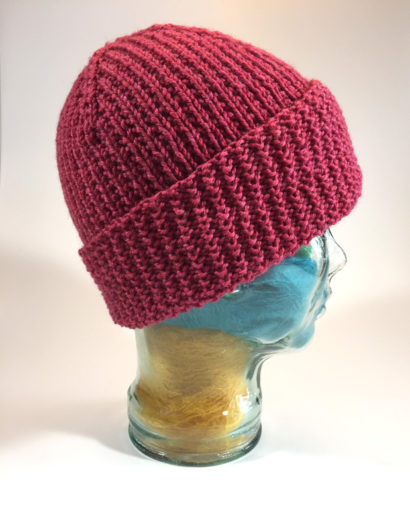 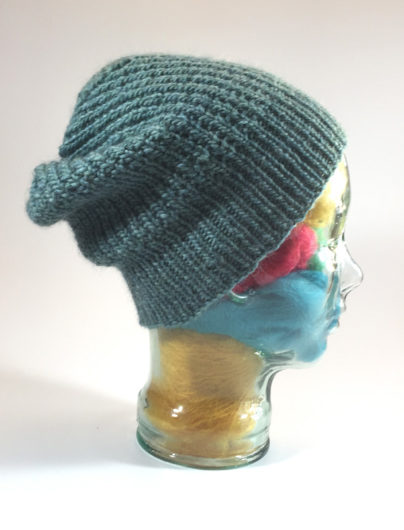 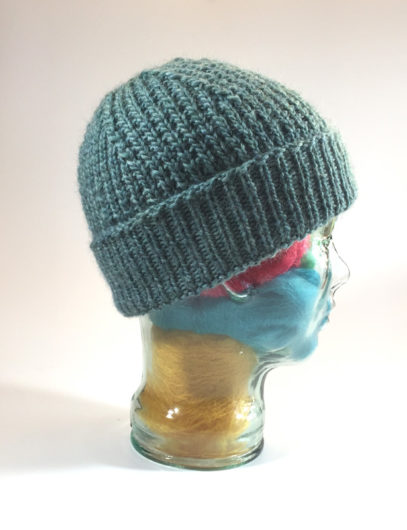 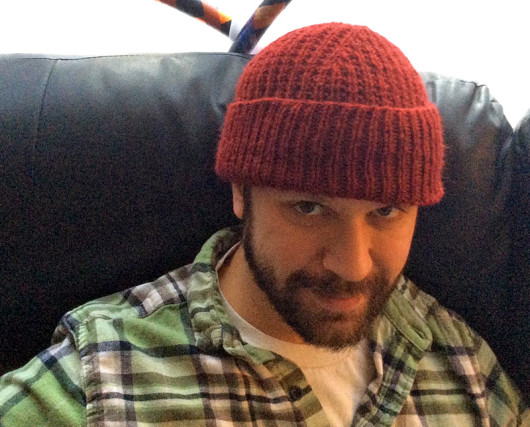 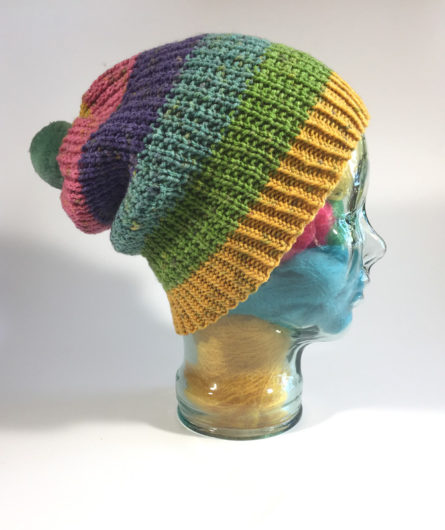 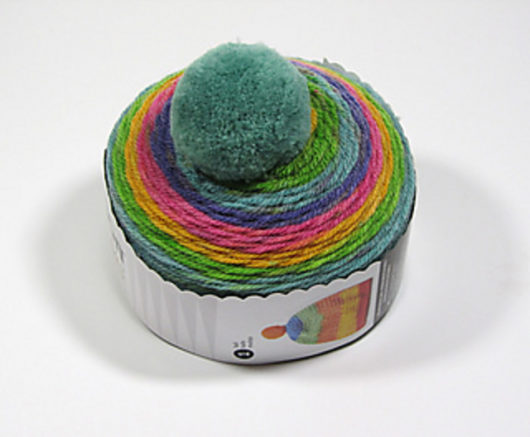 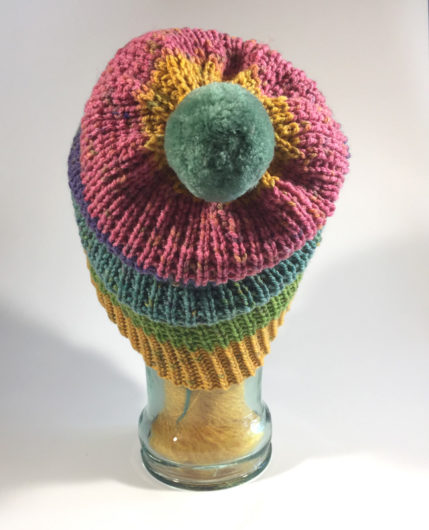 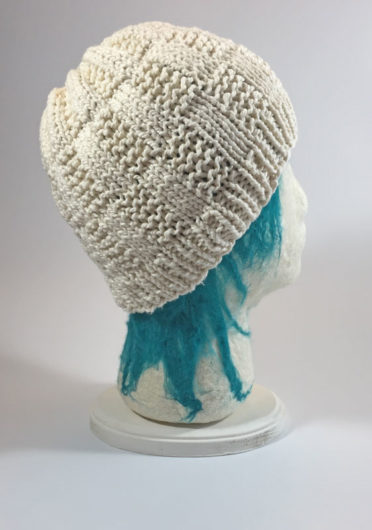 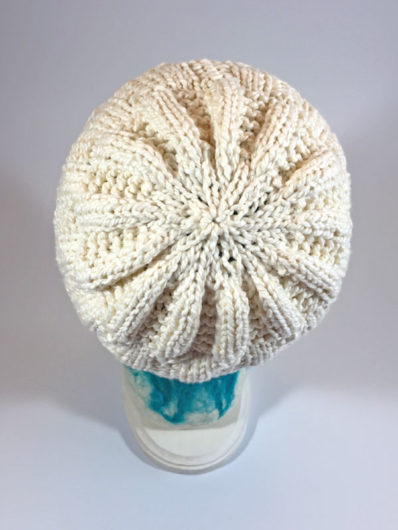 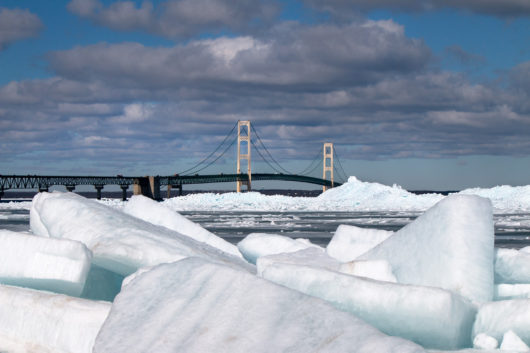 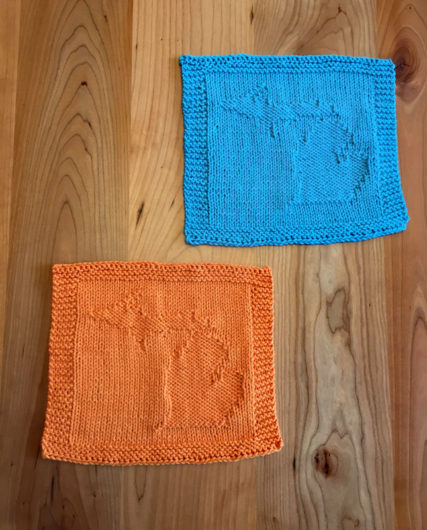 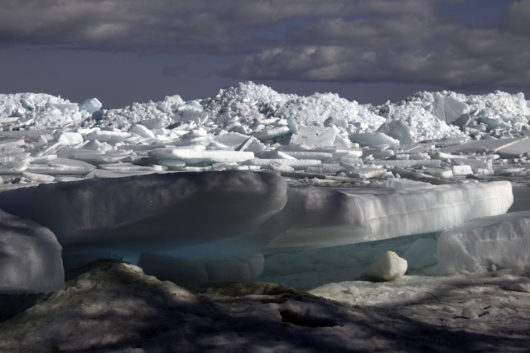 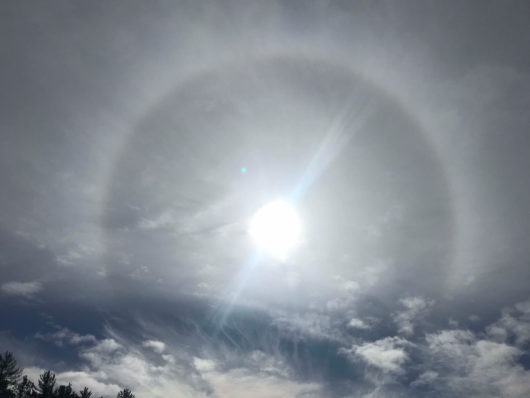 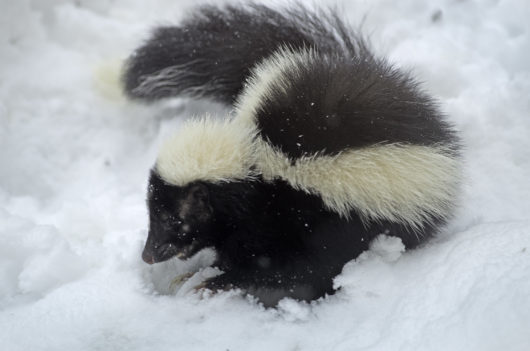 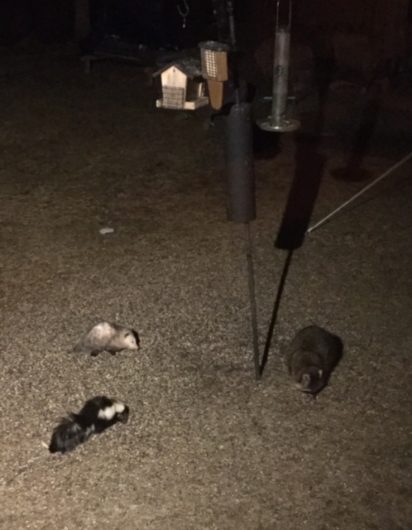