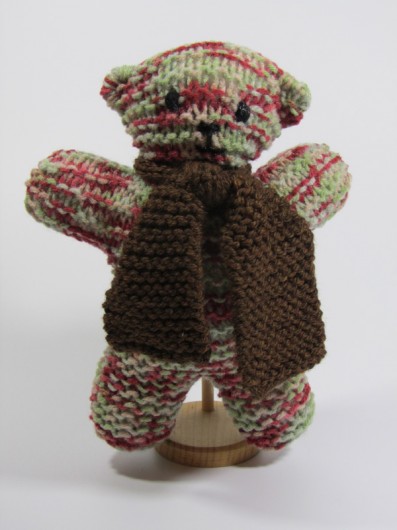 This is a Bear Pair Teddy Bear. The pattern is attributed to “A.B.” and is available free at Bev’s Country Cottage. I knit this from an easy care, no-name, acrylic yarn provided by my knitting guild, the Black Sheep Knitting Guild. The Guild will be donating these bears and other animals and dolls to children who need a softie to cuddle.

This is a very quick, very easy knit. Here’s another I completed, including a small stockinette scar accidentally knitted on bear’s face. 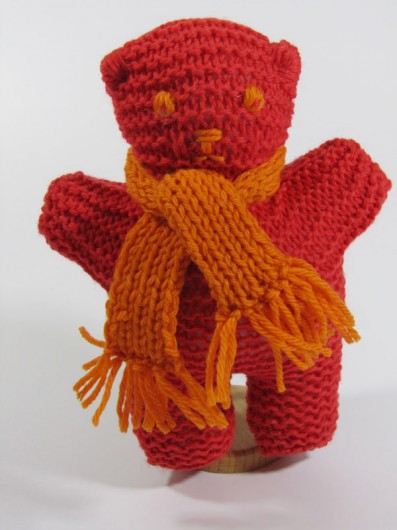 You may be wondering why “A.B.” calls her one-bear pattern a bear pair. Check out the clever construction. You just fold at the center point, sew the seams, stuff, and gather in the neck a tad. 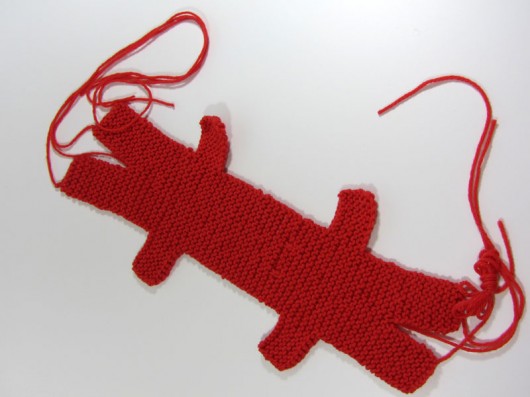 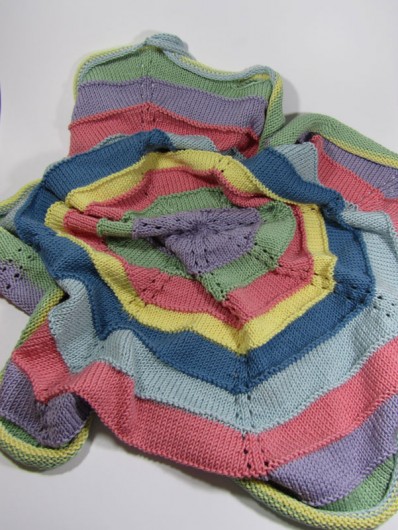 A few more views of Grabbit show what makes it a tad idiosyncratic (if knitting can be called that). 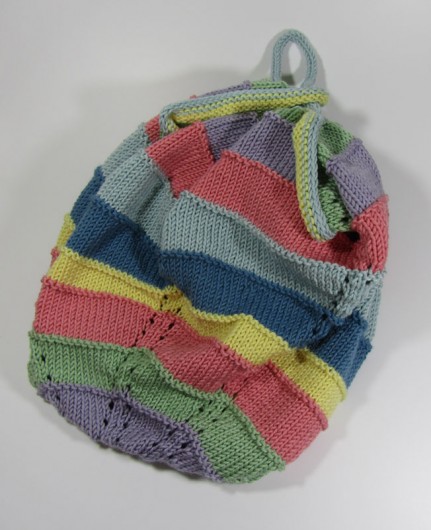 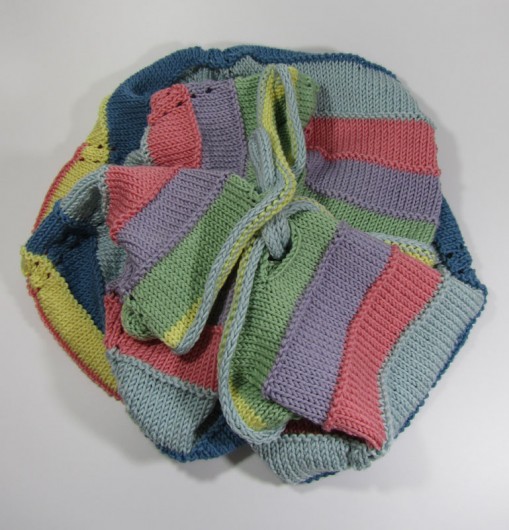 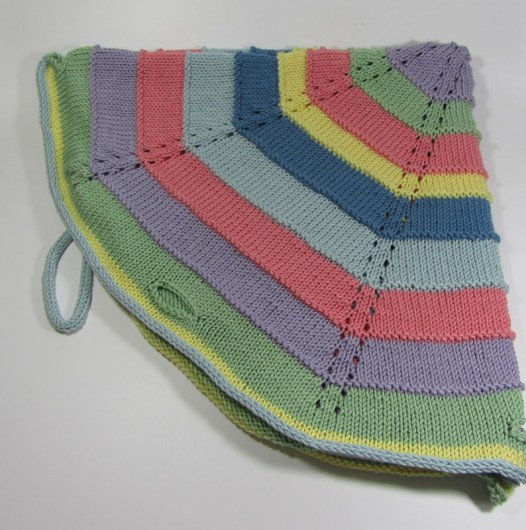 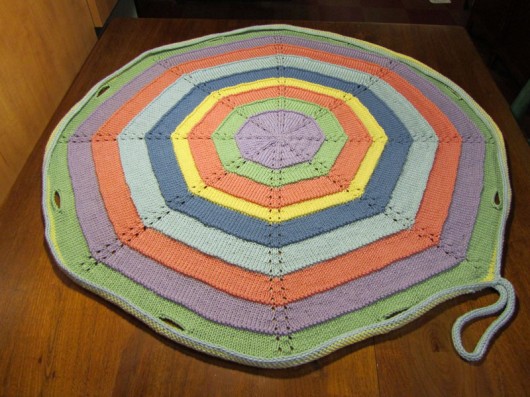 This Grabbit is knit in my seemingly endless supply of Martha Stewart Lion Brand Extra Soft Wool Blend. I believe I purchased a tad more than I needed for LeCirque Baby Playmat, even if the  bunny, the lamb, the lion, the bear, the vest and the Grabbit had all been planned from the outset. Let’s just say, the layette is shaping up. And Grabbit is going to be the packaging for the stuffed buddies. 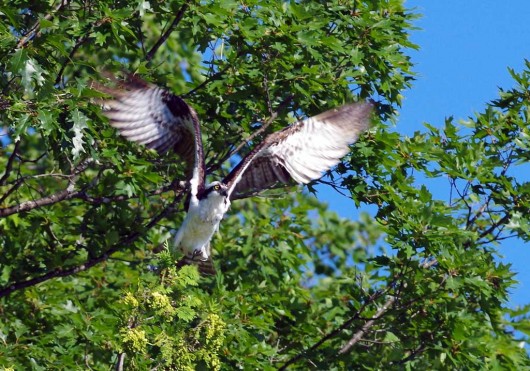 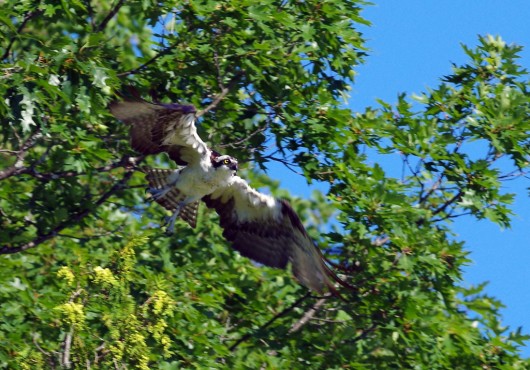 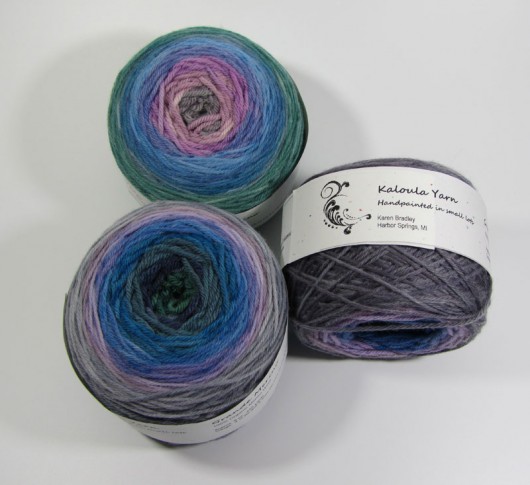 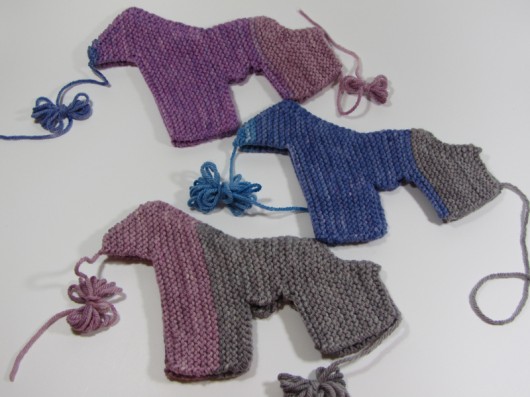 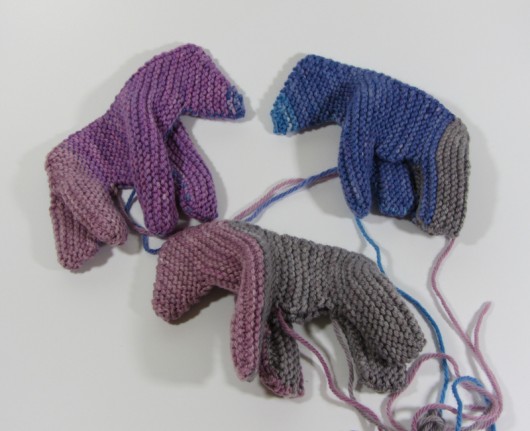 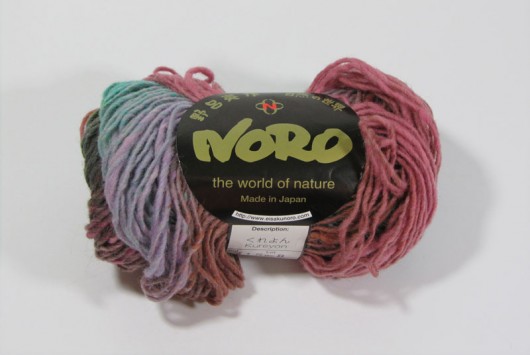 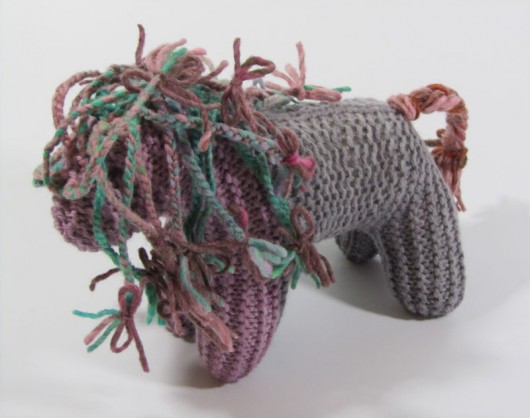 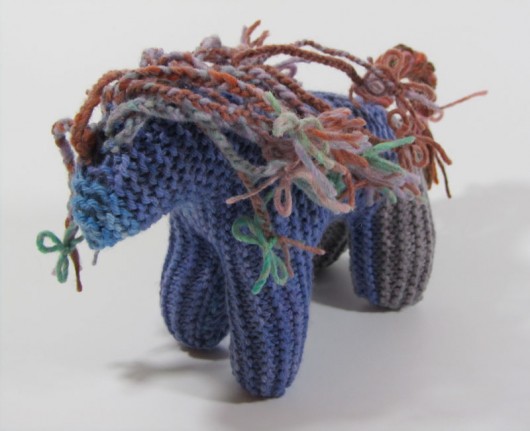 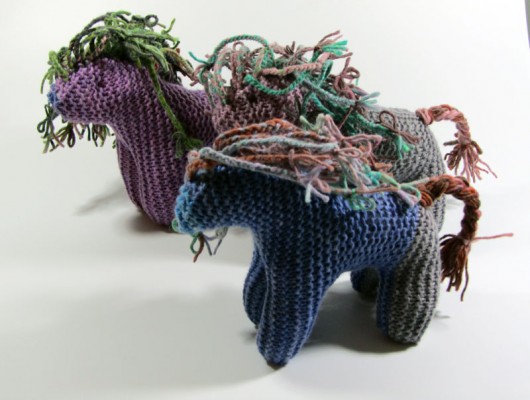 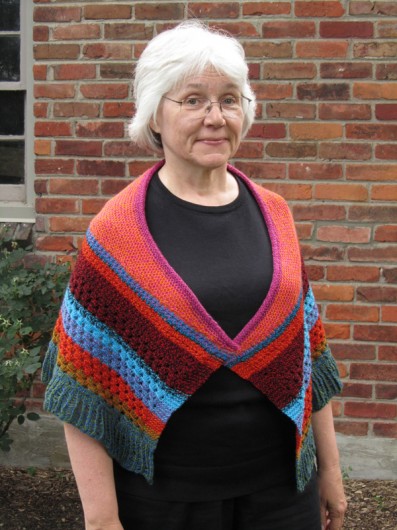 Crazy f/k/a Crazy Mill Ends is Stonehedge Fiber Mills’ merino, alpaca, llama entry into the DK weight class. If it were up to me, I’d gold medal it. Great yarn. My fingers tell me it’s heavy on the merino, which is just fine by me.

This crescent shaped shawl pattern, worked from the bottom up, is by Deby Lake of O/C Knitiot Designs. The only name it bears is Octoberfest Mystery KAL 2012. It’s available on Ravelry for $3.00. The drop stitch fringe is the star, but Lake provides an alternative fringe if dropped stitches don’t catch your fancy. 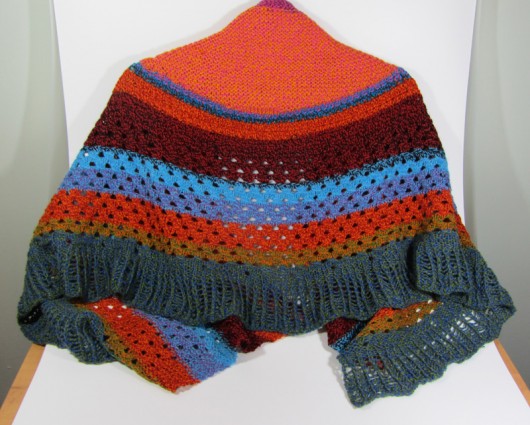 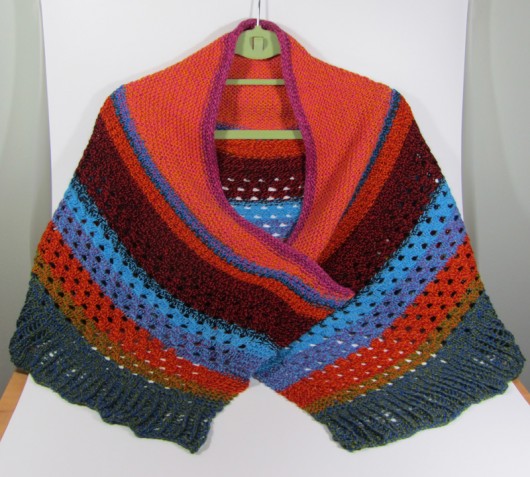 I knit six repeats, rather than four, of the first two stitch patterns. That added some length, which I like. With the added repeats, the shawl used up all but 20 grams of three skeins. Mine is worked on US needle sizes 7 and 8, at a slightly smaller gauge than what the pattern calls for. Crazy was just not happy at the full gauge.

Minus the second skein from the left, here’s how the yarn looked skeined, before it grew up to be a shawl. I just let the colors land every way they wanted to. 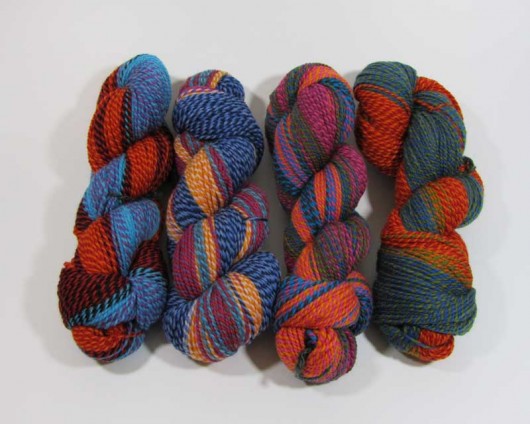