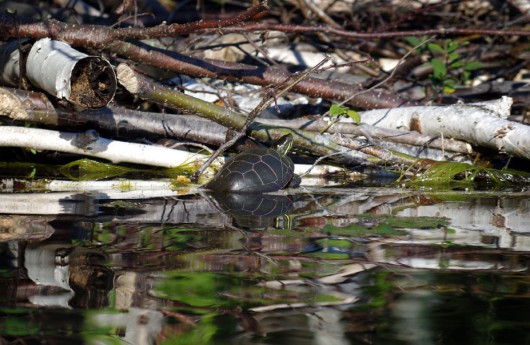 But if we are going to have a state reptile, and lots of states do, then I’m glad the Painted Turtle lobby won. We have other kinds of turtles in Michigan, the Snapping Turtle being the most impressive. But I favor the more benign turtles, like Painted Turtles and Box Turtles. Plus the big snappers will often gather up all manner of unsightly stuff clinging to their shells. If you pick up a Painted Turtle it might have a leech clinging to its underbelly, but that’s to be forgiven because it encourages most of us to leave them alone.

Usually a Painted Turtle sunning itself on a log will quietly and quickly slip in the water as a kayak approaches. But this guy had the perfect sunny day and the perfect perch on the beaver lodge in Ghost Bay. So maybe he allowed himself to be more tolerant of us, since of course we didn’t touch and we let the camera do the zooming around and not us. 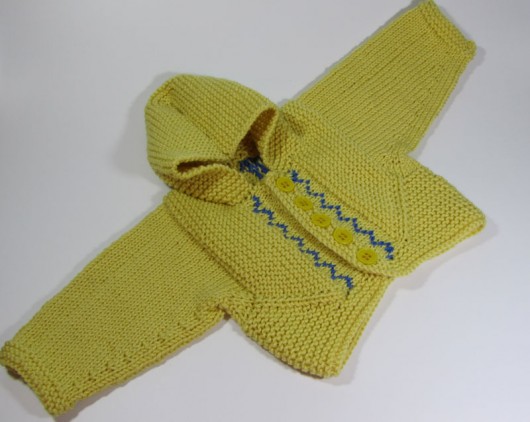 Over the years, I’ve made about a half-dozen of these.This time I used the simple fair isle insert rather than the gurnsey-style knits and purls insert. Both are very sweet.This pattern, by Cottage Creations’ Carol Anderson and Kristi Williams, is a wonderful almost no-seam design. This time it’s knit in Cascade 220 Superwash. About a skein and a half, 330 yards, is all I needed for the six month size. Size 7 US needles worked for me.

My only modification is that I do a 3-needle bind-off on the hood, rather than try to graft garter stitch. I find getting the tension correct on that particular graft is very difficult and I only rarely can get it to look perfect. 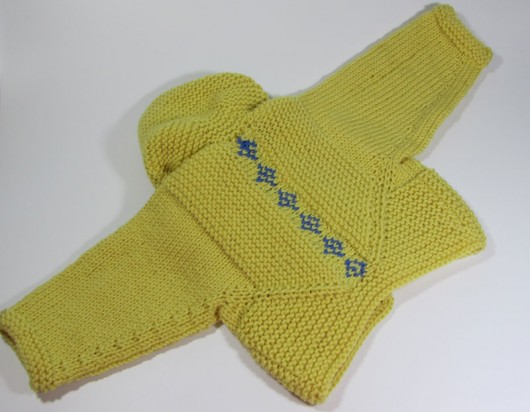 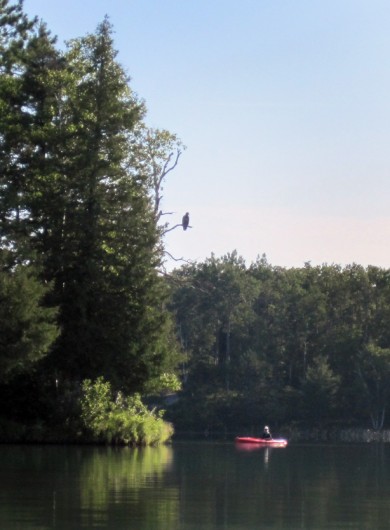 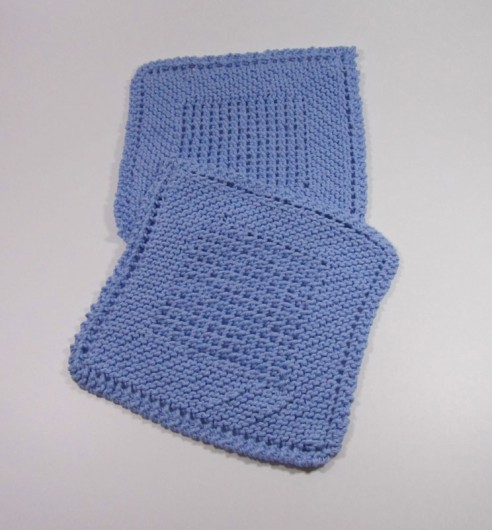 This is Jana Trent’s a/k/a the eLoomanator’s variation on the traditional dishcloth I know as “Grandmother’s” dishcloth. In the original, you leave out that very pretty center square of yarn overs and knit-two-togethers and just do the edge increases and decreases. We knitters have made a least a zillion of them. Where would kitchen cotton companies be without grandmother having taught all of us the basic pattern?

Trent’s version is especially well thought out. The center panel creates a nice serviceable scratchy surface. And when the dishcloth shrinks because we all throw these things in the washer and then throw them in the dryer (don’t we?), the yarn-overs create enough space to keep the cloth looking less tired for a longer time. These two are knit in Lily’s Sugar ‘n Cream worsted weight cotton, on US size 7 needles.

The pattern is a free one, available for download on Ravelry. Look for “eLoomanator’s Diagonal Dishcloth” in a pattern search. Or run a Jana Trent search in the Ravelry designers. 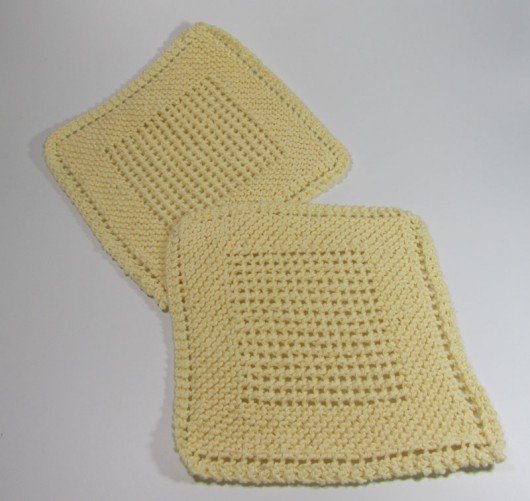 Baby feet for the baby feat. Such a cute pattern and, of course, it’s a very quick knit. This is Rhonda White’s “Knitted Baby Feet Cloth,” a free pattern available on her website, with a link also through Ravelry. The toe-bobbles are the most fun.