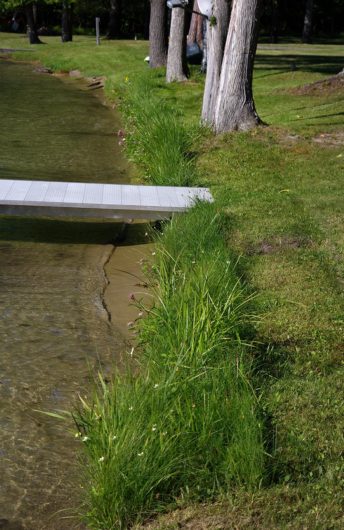 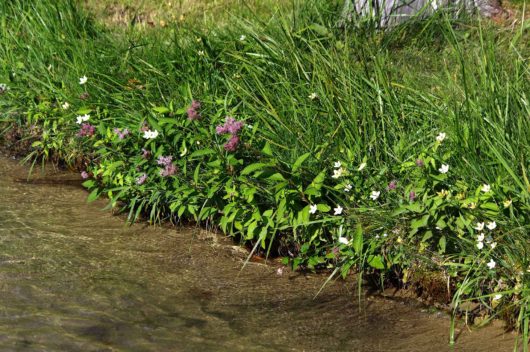 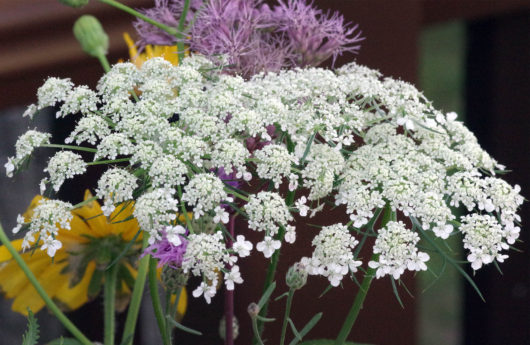 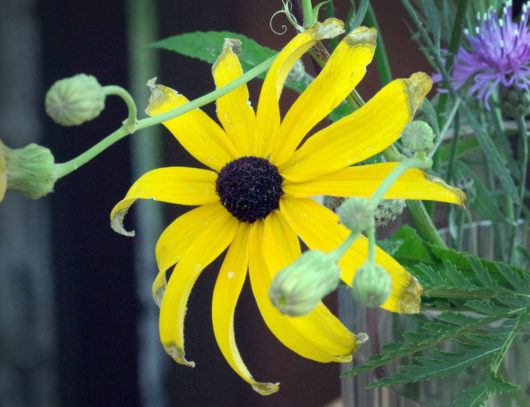 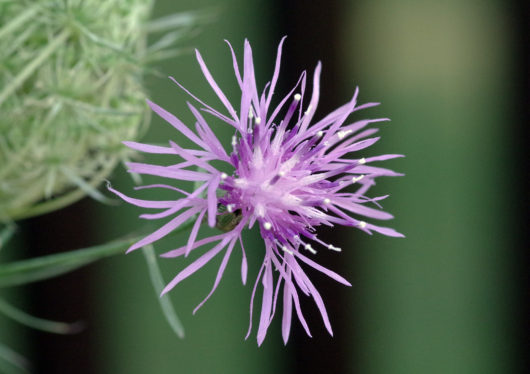 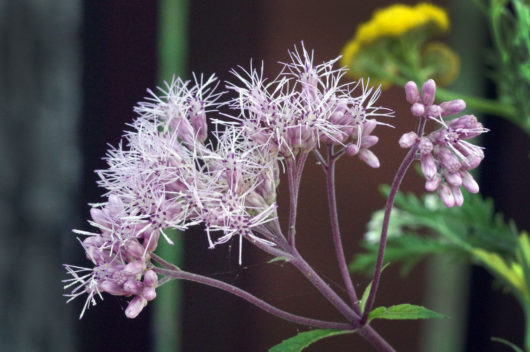 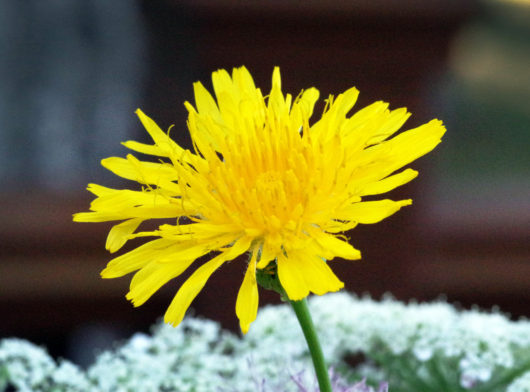 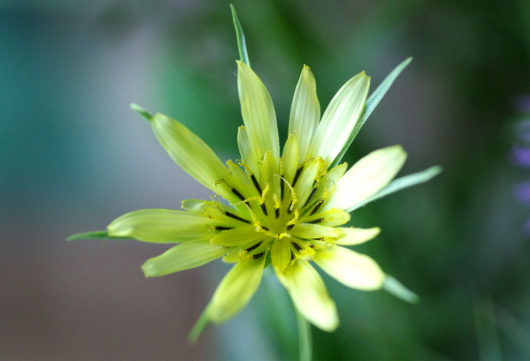 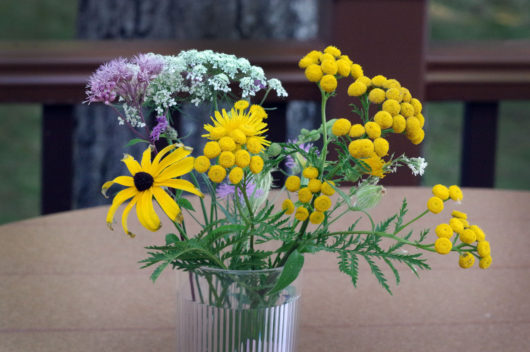 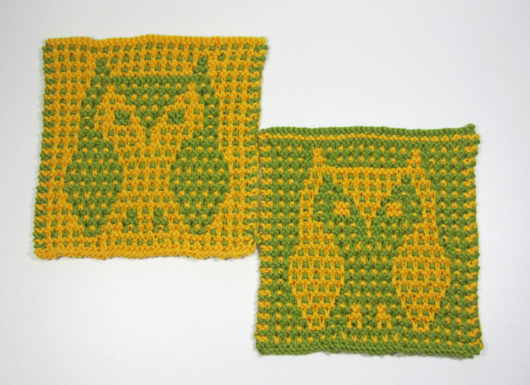 This is “Who Owl Help Cook & Clean,” another slip stitch dishcloth pattern by Amy Marie Vold (CornucopiAmy on Ravelry). I knit this pair in Lily’s Sugar ‘n Cream.

What a hoot!  Here’s a closer look. 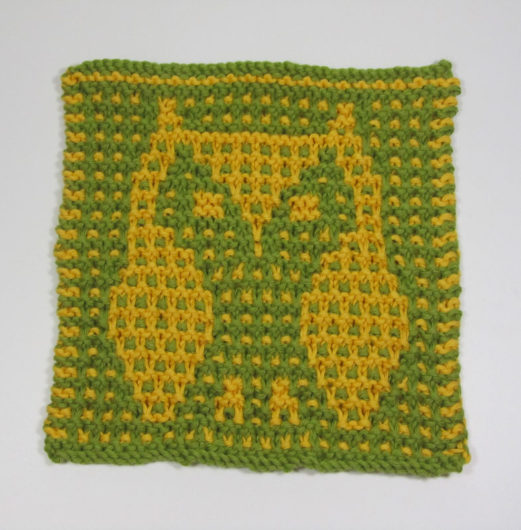 Amy’s mosaic cloths are such fun to knit that I find I can rarely knit just one. And I do much enjoy doing them in pairs, switching the colors. 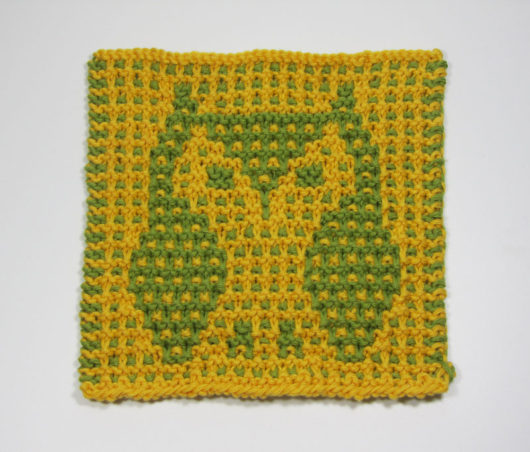 “Frog Prince of the Pad” is another of Amy’s patterns. And again I used Lily’s Sugar ‘n Cream. 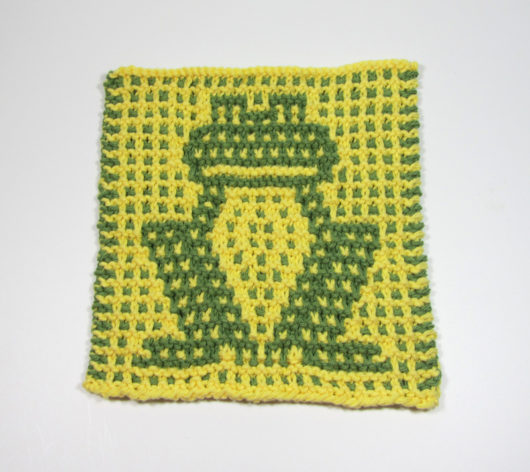 These make excellent dishcloths. A number of little ones in my vicinity like to use them at bathtime too. I didn’t quite have enough yarn for a second one, since I’d started with less than full skeins. So this Frog Prince is knit in Knit Picks Dishie. Dishie makes for a slightly more refined look. Well, if a dishcloth frog can ever be even slightly refined. 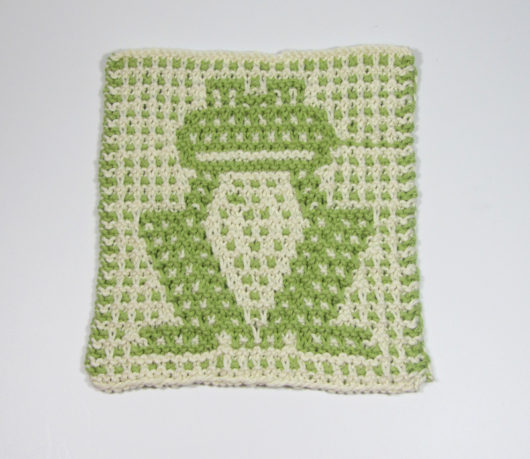 My cloths have been hooting, ribbiting, and now comes the purring. This is a pair of “PurrPETual Domestic Supervisors,” another of Amy’s patterns. 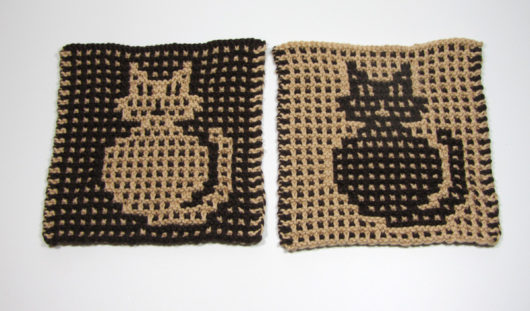 These lovelies are knit in Knit Picks Dishie. 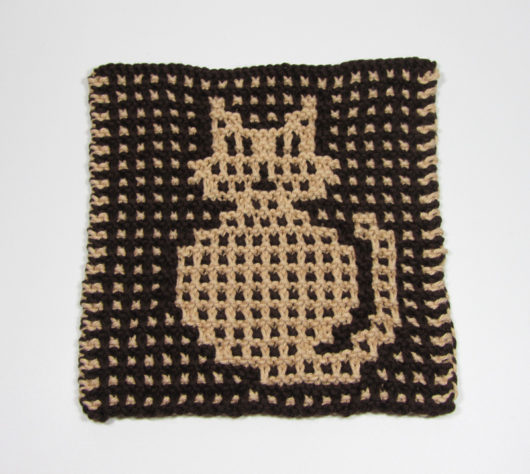 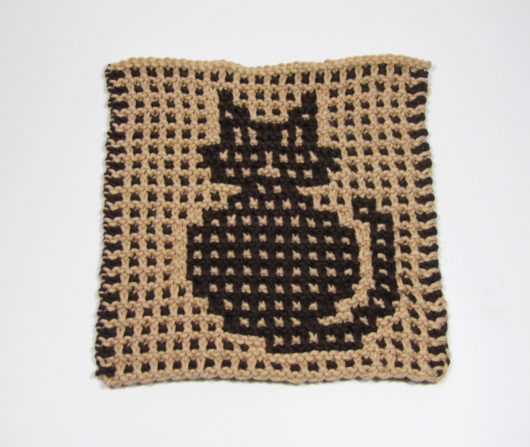 Why dishcloths? What ever possesses a knitter to knit dishcloths? This subject has come up before on my blog. They are quick knits. They are useful. My family likes to accept them from me. And combine all that with these clever slip stitch/mosaic patterns…at times I simply get addicted to them.

Good thing that the knitting universe is big enough to accept all manner of knits and all kinds of knitters. 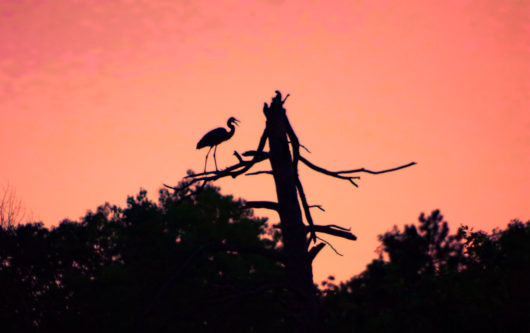 This is one of Long Lake’s Great Blue Herons, probably bedding down for the night, since Great Blues do tend to sleep in trees. Down south, where our herons migrate to, this makes good sense because that way they won’t be some alligator’s evening meal.

This heron’s bed is the dead pine on the west shore of the lower lake, in the first bay south of the narrows.

If you watch the shore closely, in our lake’s most secluded spots, you will sometimes see the herons stealthily hunting. They walk, slowly, watching for fish that swim by, or frogs or small snakes. They hunt by sight, including in dim light thanks to having an extra dollop of rods in the back of their eyes. They don’t hunt by smell at all. In fact they have a very weak sense of smell–which is probably a good thing, considering the somewhat smelly stuff they eat. Fish are heron’s main food. They stab them with their sharp beaks. Then they have to make sure to swallow them head first, so that the scales and fins don’t get stuck in that long esophagus. 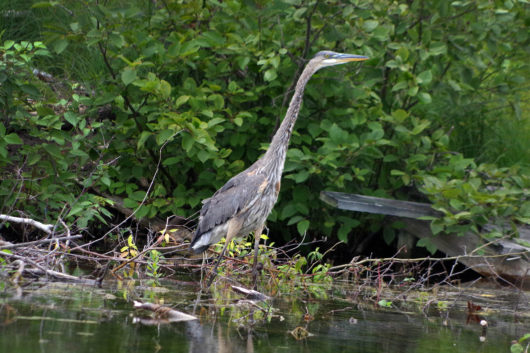 This Great Blue looked a bit worse for wear when we spotted it a few weeks ago. We suspect that he (or she) was in mid-molt, but we’re not sure. Speaking of not sure, he and she herons look alike and are sized alike. Herons can sort it all out. But for human observers, that’s basically impossible.

We also wondered if this individual was a juvenile. If so, it was already full size. And, speaking of size, these guys are big. They have a wingspan of 5.5 to 6.5 feet.

Here’s a look at a heron wading in the shallows in front of our cottage, looking for breakfast. 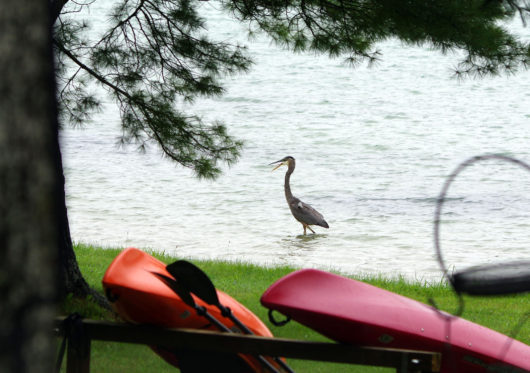 Great Blues are shy birds, easily spooked. This next one flew off and gave us a good look at the deeply bent wings in flight and those trailing legs. 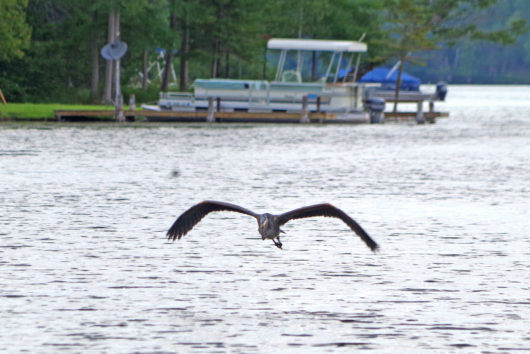 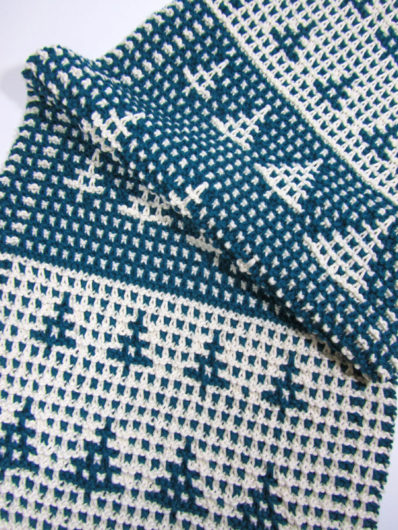 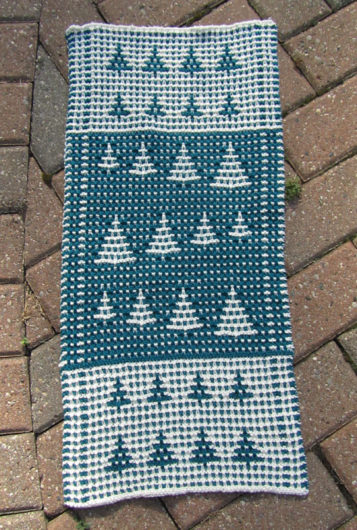 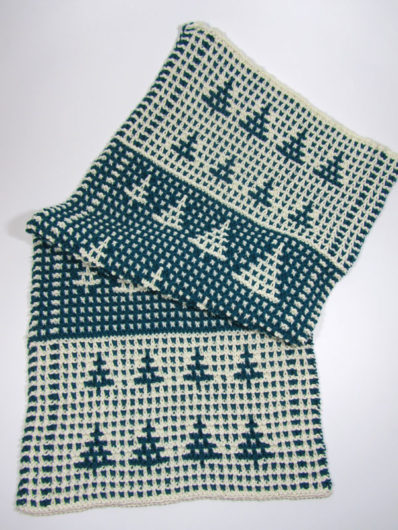