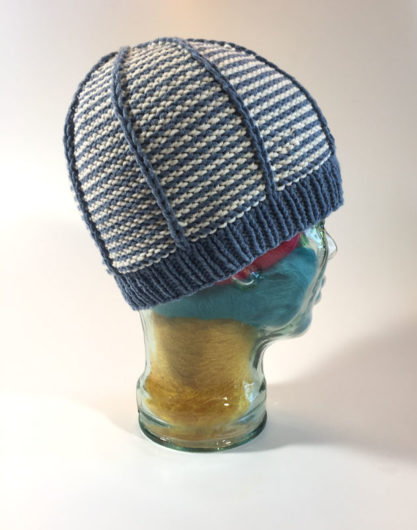 Kelbourne Woolens is releasing a free hat pattern each month in 2019 as part of their Year of Hats series. They’ve gathered a good group of designers. Each hat is designed for worsted weight Germantown. Good old  Germantown. I used to buy it at my local “dime” store. I’m pleased that Kelbourne rescued that workhorse. Month-by-month, these freebies are available on Ravelry. A number of the patterns are standouts, this one included.

This is the June Hat, designed by Meghan Kelly. 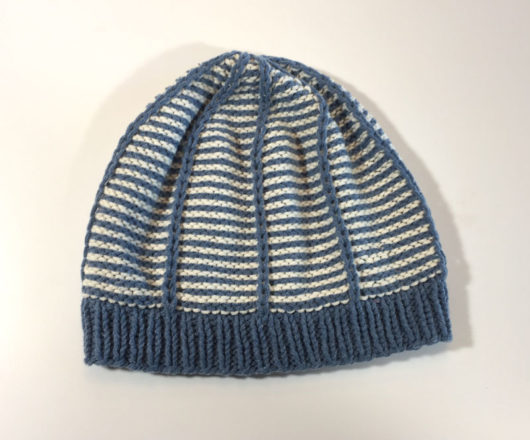 You have to be willing to purl in the round, but that never troubles me. The basic technique is that you switch the yarn color each round, and the lines of raised stitches are created by slipping a stitch of the contrast color (at controlled intervals) in one round and knitting that stitch in the next round. Very clever.

The pattern doesn’t mention it, but it will be known by any except an absolute newbie, that you have to move the yarn to the nonpublic side of the work before and after slipping the stitch. 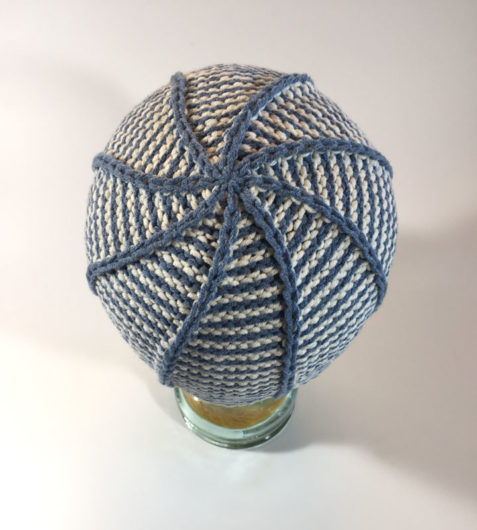 My June Hat is knit in a new-to-me yarn: Denim by Nako. Denim is 60% cotton, 40% acrylic. It reminds me some of Berroco Comfort, both in its feel and its handling. It’s very soft and would make excellent hats for the itch adverse or for chemo caps. I worked with my lacepoint needles because, like Comfort, for me the yarn was a bit splitty. Your mileage may vary, of course.

I was quite taken with the yarn, and with the slip stitch technique, so I looked for another pattern using slip stitches.  I’ve had Marina Hayes’s “Prepared for Vancouver?” hat in my queue since sometime around the 2010 Vancouver Olympics. Some may have purchased the pattern through Knit Picks, where it went by the name Blue Ridge Hat. Vancouver uses stockinette as the slip stitch basis. 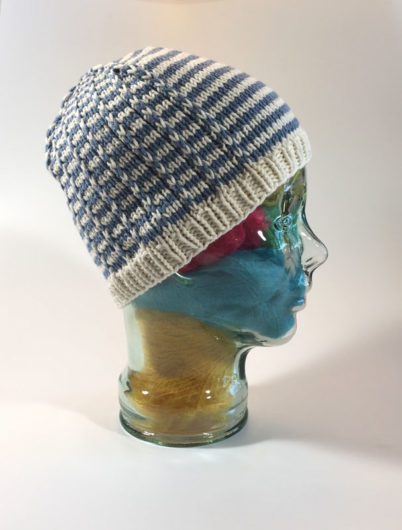 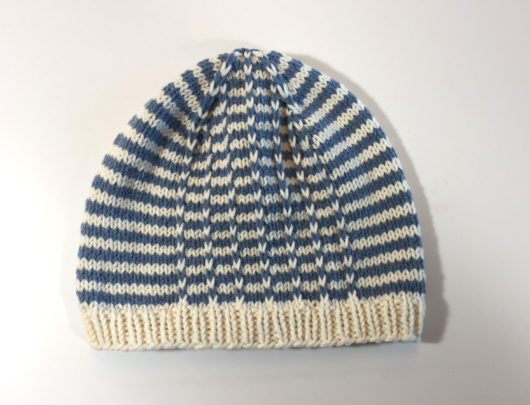 Vancouver alternates colors every 2 rounds. The raised lines of slipped stitches are formed by slipping a stitch in the first round and knitting that same stitch in the second round. Honestly, I find the result quite remarkable. It doesn’t seem like such a technique would end up looking like this.

And, again, the crown decreases work out well. 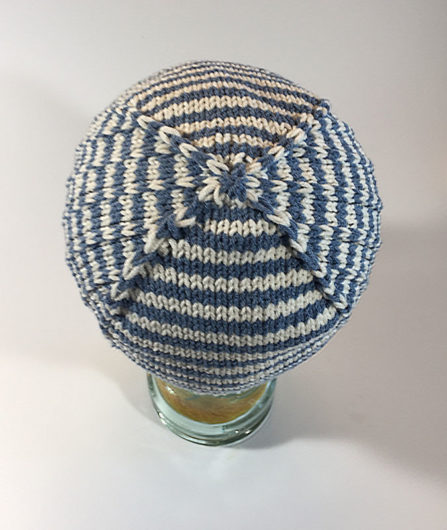 A new yarn and, for me, a hat-building technique I’ve not used much before. Great fun!