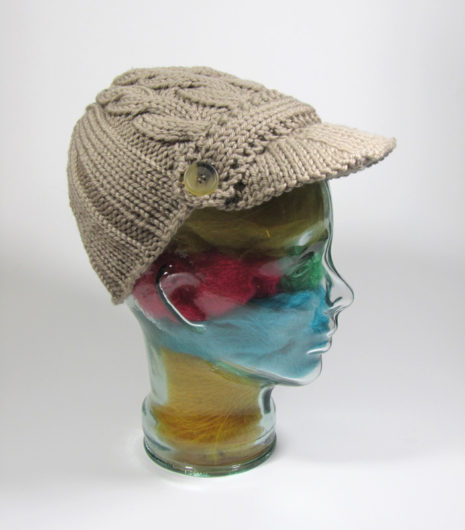 So, there’s a little guy I’ve not met named Cooper. But I know his uncle. He’s six years old. Cooper, that is. Not his uncle. Cooper needed some hats pretty quick. Fun ones. Sporty ones. Ones to cover up some bad hair days his doctors have decided he needs. Cooper’s not an “off-the-rack” kid, so finding some not-off-the-rack hats seemed like a good idea.

This is Capitan Hat, a free pattern by Rosie Garmendia. Cooper’s is knit in Valley Yarns Superwash Bulky, the Webs house brand. It comes in 26 colorways and, unfortunately, what I had in my stash was not the most exciting of them. But I pressed “tan” into service anyway and I’m quite pleased with the results. I was concerned if the two-surface brim would hold up without stiffener inside. It does.

Here’s a view of the interesting crown decreases: 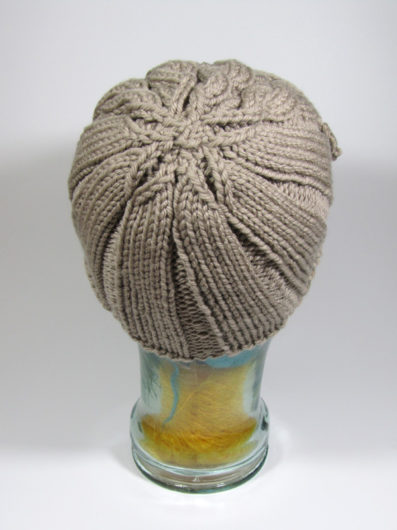 Just the thing for a baseball fan, I’d say.

This next one is an old stand-by. Cooper has a connection to Michigan State University so the Sparties were the inspiration. 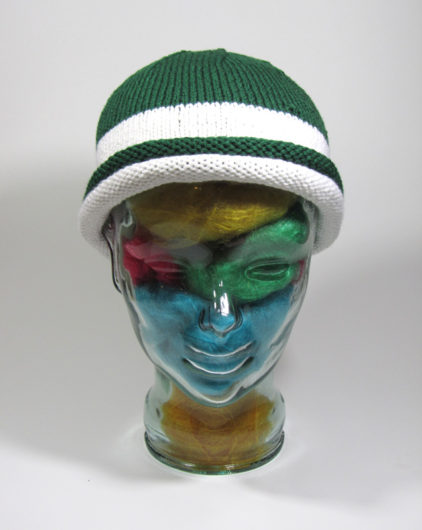 This is a vintage (but still available) Fiber Trends pattern: “School Colors Hat, AC-53,” by Betsy Lee McCarthy. That’s a double roll brim. You start out with the green and do reverse stockinette. Then you do the white, in stockinette, then the green at the top. You sort of pull the white down and roll it back on itself, so the reverse side shows, and then the green from the first band of knitting falls in place.

Bottom line: follow this pattern exactly as it’s written and it will all work out. There are no errors.

I wanted something very comfy so I used Berrocco Comfort, worsted weight. No scratchiness. 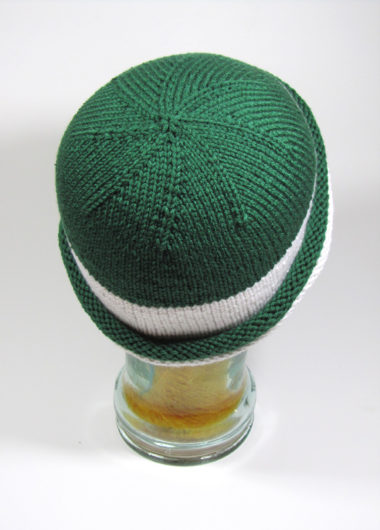 Bet you can’t make just one!

This next hat is another Susan Villas Lewis’s “The Thinker.” I have knit so many Thinkers it’s getting kind of embarrassing to keep linking to them all. But search for Thinker here on my blog and up they’ll pop. 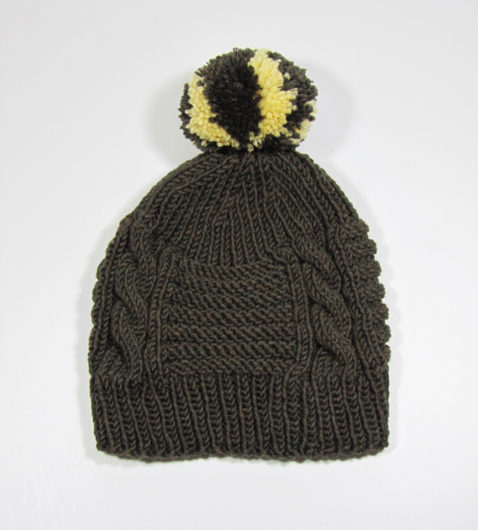 My trusty Clover pompom maker worked overtime on this batch of hats. 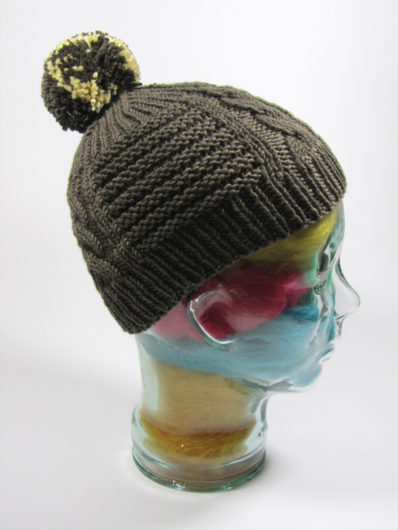 I know, The Thinker in this size doesn’t fit Glass Head really well. But Cooper’s a little guy.

Cooper like clowns. So I bought a skein of clownish-looking Plymouth Yarn Toybox Candy. It’s  an acrylic that can’t help but put a smile on someone’s face. 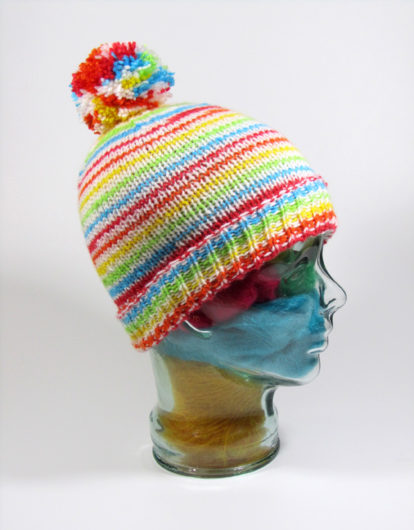 This is Purl Soho’s “Classic Cuffed Hat,” another freebie available on Ravelry and on the Purl Soho website. Everything this designer produces is classic. Sophisticated. So I gave in to the temptation to knit her design in a gaudy colorway. That’s because Purl Soho patterns go to art galleries. In New York City. They practice yoga. But Cooper’s Classic Cuffed Hat shouts.

And this last hat is Clayoquot Toque, a modern fair isle freebie from tincanknits that tincan says is a great blank canvas for testing yarns and color combinations. It really is. I wasn’t sure about whether these three colorways of Shalimar Yarns Breathless DK would play nice together. 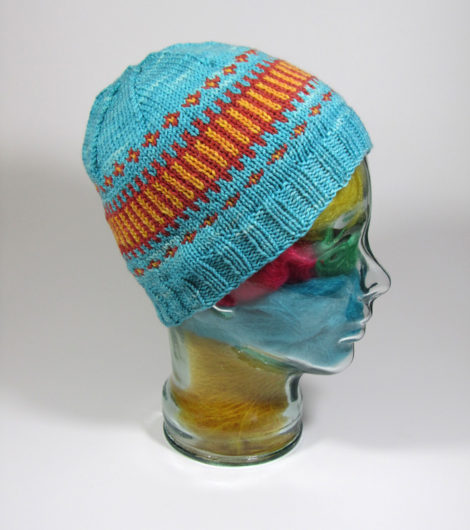 But I think they did. And this 75% merino, 15% cashmere goat, 10% silk concoction is so soft it should keep a little guy’s head brightly covered but not overheated.