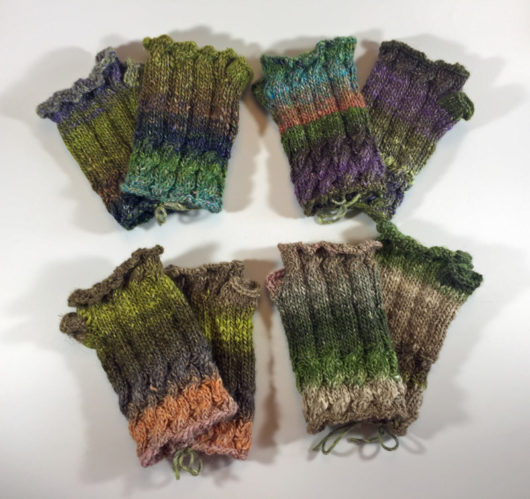 Recently I had a major knitting stutter. I knitted a series of four Fetchings, Cheryl Niamath’s wonderful free pattern. I used four skeins of Noro Silk Garden in two colorways. I got started during a long drive, continued during a week-long visit to Ann Arbor, and finished the fourth pair once I returned home. 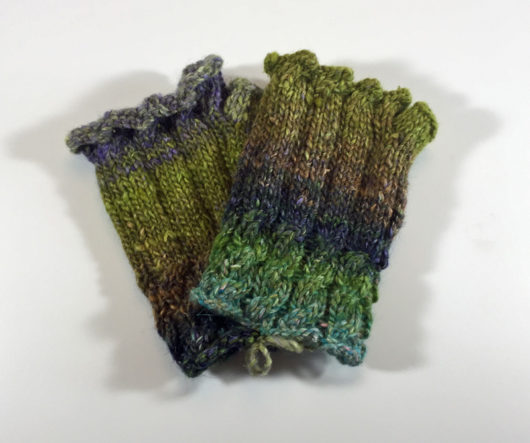 It’s such a satisfying knit. I’d knit the pattern six times before and managed to keep only one of the six for myself. Fetching is a handy mitt to tuck in a coat pocket for those times when there’s just a bit of a chill in the air. 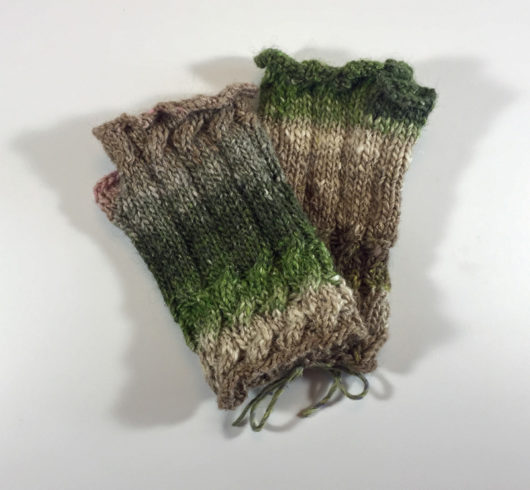 In previous Fetchings I’d used solids–mostly Stonehedge Fiber’s Shepherd’s Wool. They worked up great in that yarn. Check out my first half-dozen. But this time it was those great Noro color changes that kept me trying just one more, just one more. 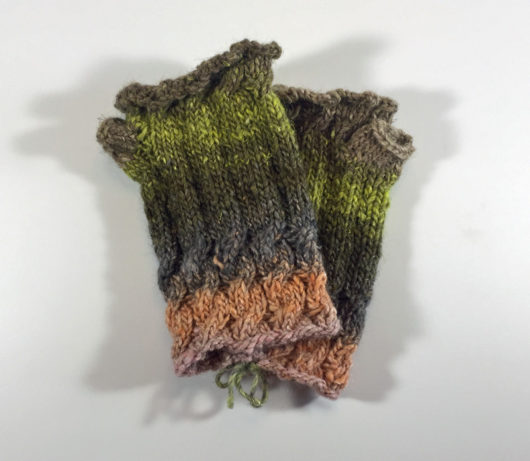 Four of the mitts are one colorway and four are another. But it’s difficult to tell which sprung from the same colorway. 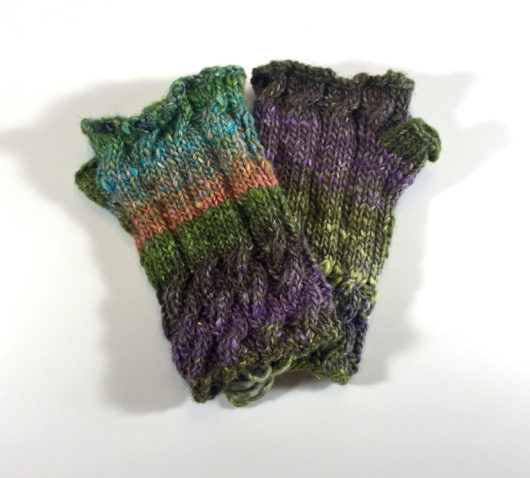 The current count of posted Fetching projects on Ravelry is 21,138! 6065 Ravelers have Fetching in their queues awaiting the day when they’ll cast on. If you’re one of those 6000, seriously consider knitting Fetching soon. It will not disappoint. And if it’s not in your queue, just skip the queue and cast on straightaway. There’s already a chill in the morning air here in Michigan. And we’ve gotten into the mid-forties at night. Pretty soon you’ll welcome slipping your chilly fingers into a pair of these mitts.