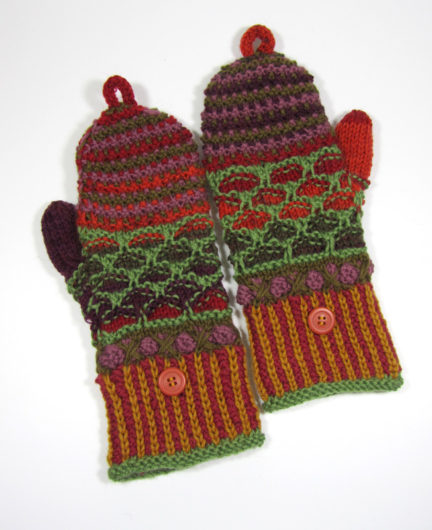 These are “Crazy Flip Top” mittens, by Carol Wessinger. Six colors, four stitch patterns, and about a zillion ends later and these beauties emerge. You are looking at the tops of the mittens above. And the palm side is below. 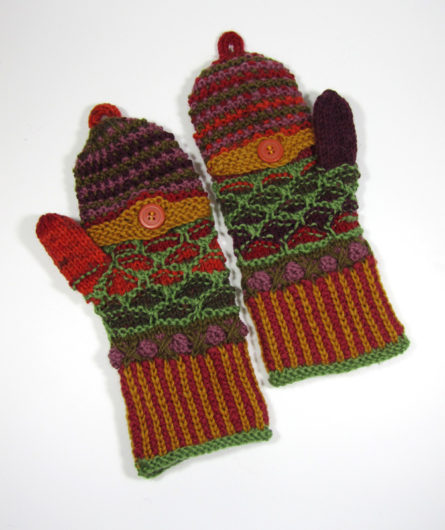 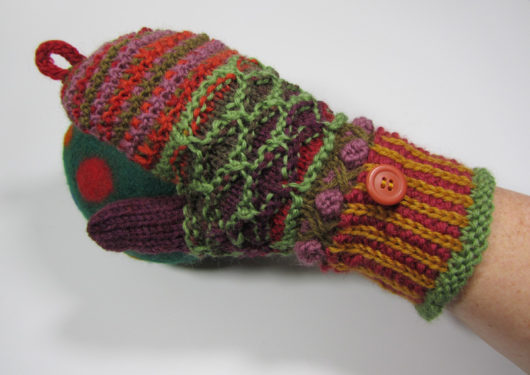 Your fingers can break free and do stuff mittens don’t typically allow. (Including getting cold, but let’s not think about that now.) The top loop fastens to the front-side button and stays put. And the button on the palm side fastens too, to keep out the cold. 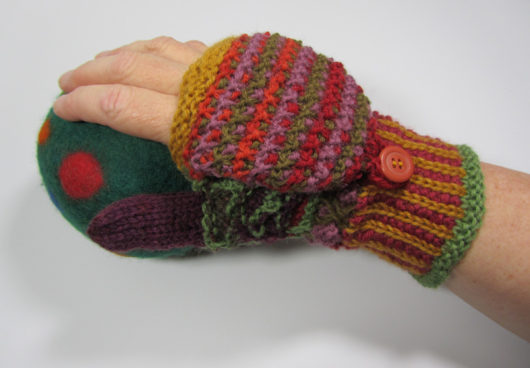 Here’s a close look at the bobbles and stripes on the cuffs. 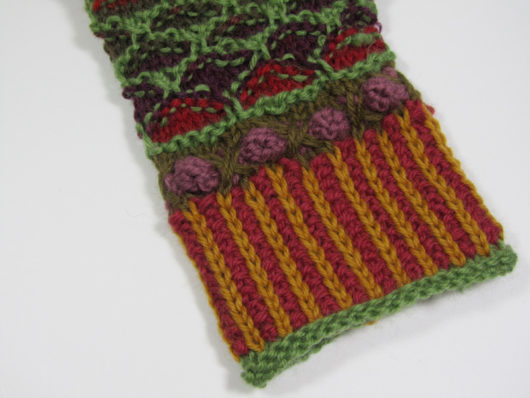 I really like the result. But these were definitely of the fiddly-knit variety. One of my Black Sheep Knitters Guild mates destashed two of these mitten kits last year, and I couldn’t resist. They were definitely priced to sell!

Fiddly knit. A zillion ends. I figured if I didn’t knit up that second kit straight away I might never do it. So, pair two emerged. The first was the Autumn Spice kit and this next one is Spring Fling. 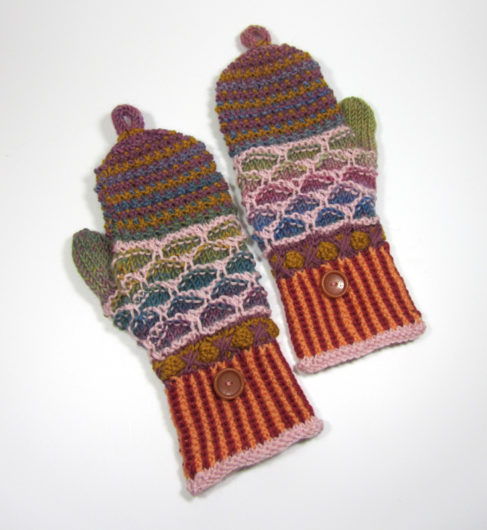 I wasn’t too sure about that pink, but I ended up feeling very satisfied with the finished project. 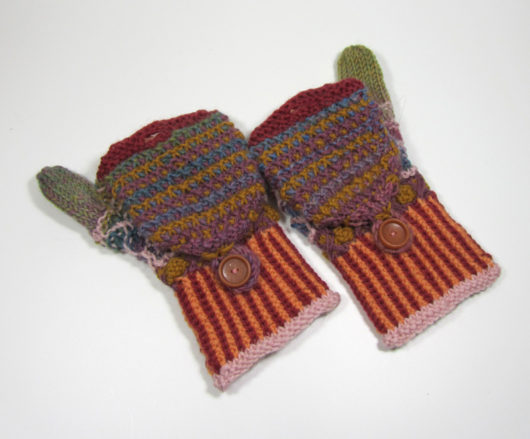 A trip to the button box even turned up two sets of four vintage buttons that really completed the look. 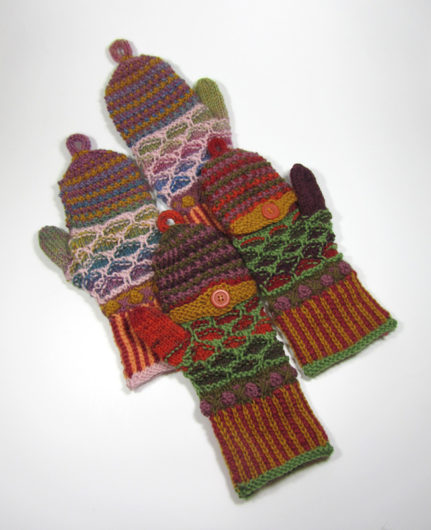