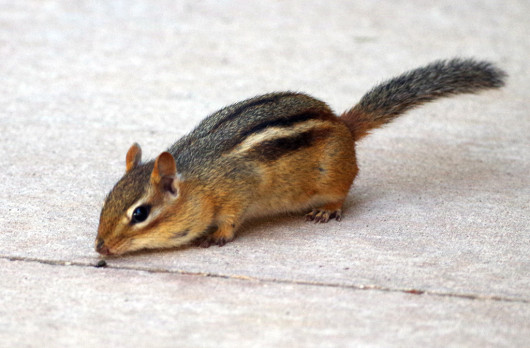 …seeds while ye may.” With apologies to 17th century poet Robert Herrick, rosebuds aren’t interesting our resident bold chipmunk. He’s busy collecting all the seeds and nuts he can given the impending assault of winter.

In fact, he’s stuffing his cheek pouches to bursting. It’s a wonder Chip doesn’t just tip over from being so top-heavy. 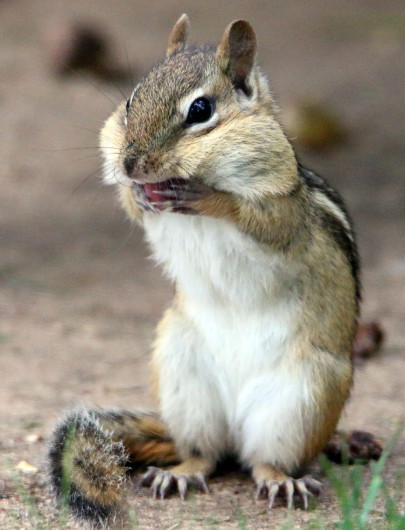 This year’s amazingly prolific crop of acorns is fattening this guy for winter. And inflating his cheek pouches. 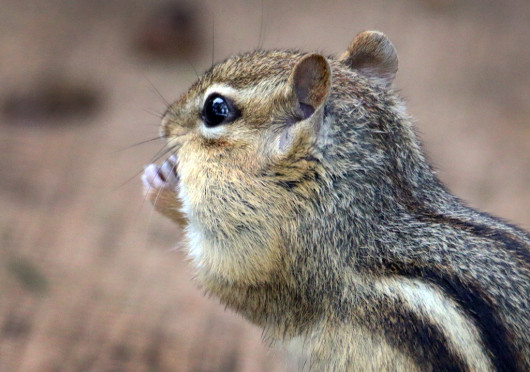 He refuses to be deterred even by cameras in close proximity.

Chip’s been living in the drainpipe off the back of the house–the one that has a final length of plastic piping.  Some predator nibbled away at it, probably thinking he’d make a tasty bit. We replaced that plastic length with aluminum. So Chip now has a nice new home for his winter hibernation. That wasn’t exactly the plan, though.

Chipmunks are in the genus Tamias. Wikipedia says that’s Greek for “treasurer,” “steward,” or “housekeeper.” It refers to this critter’s role in plant dispersal through their habit of collecting and storing food for winter use.

It’s November on Long Lake. The woodpile is stacked and the snowblower is ready. The cold is coming. 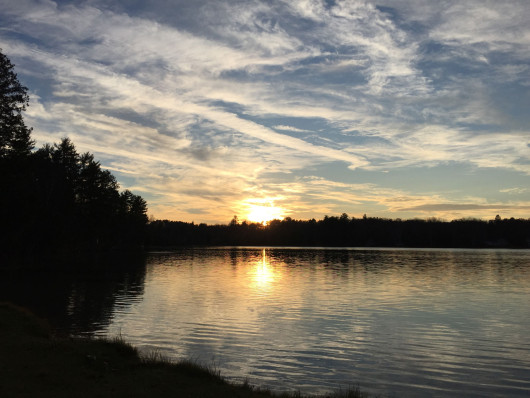