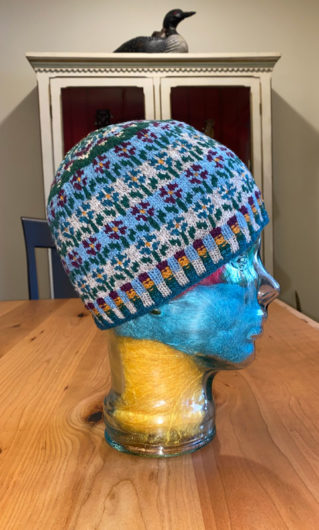 The yarn. The colors. The pattern. It all came together and I ended up with this. 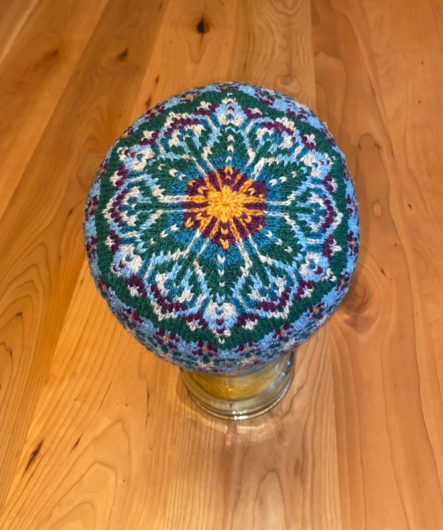 “Heid” is Scots for hats. And I’ve assumed that peerie flooers means small flowers because it sounds like that’s what it would be and it felt like I was knitting little flowers.

I’m a sucker for a great crown decrease section. This one may be among the best I’ve been able to pull off.  Usually when I post about knitting hats I include a whole selection of them. That’s because I knit a lot of hats. But I decided this heid needed a post all its own.