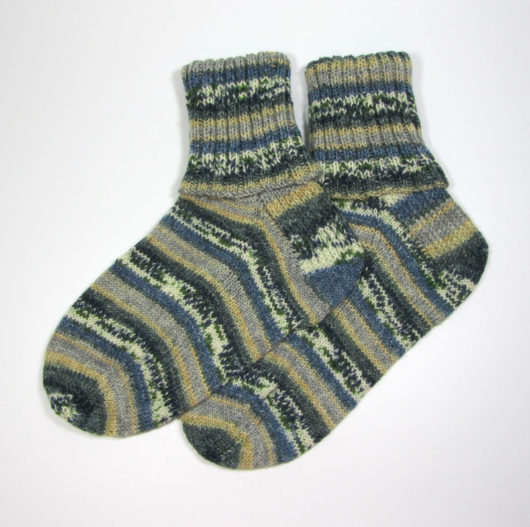 Here, with apologies, is the somewhat-too-long story of this pair of socks. They are Ann Budd’s “Basic Sock Pattern” from her “The Knitter’s Handy Book of Patterns: Basic Designs in Multiple Sizes and Gauges.” It is an entire book of no nonsense patterns with absolutely no goofy names. Basic Sock is an excellent pattern and it fits Steve’s boxy foot exceptionally well.

This yarn is Opal Antonia aus Tirol, by Zweger Garn. It’s a discontinued yarn. It was inspired by a Tyrolean pop singer by the name of Antonia. Here’s one of her YouTube videos. I think she must be the one in the sort of hula-inspired skirt.

Um. It’s hard to know quite what to say about that. It’s been on YouTube for a year and half and it’s had 13 views. Actually, I was the 14th. Antonia is a knitter. And Zweger Garn named a line of sock yarns after her. I found the yarn marked way down when Sweet Peas closed in St. Clair, Michigan. I think the self-striping didn’t quite work out as intended. Those green globby sections don’t look quite right.

Steve really likes hand knit socks. Mostly he wears them in winter around the house. 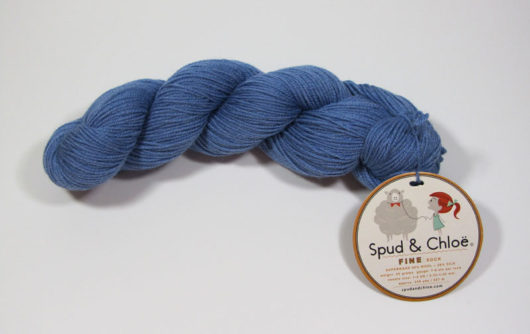 You may have noticed something. But you probably figured that it it didn’t “go” well with my Tyrolean pop singer colorway because there’s something off about your monitor. Your monitor tells no lie. It looked terrible.

I used to make a lot of socks, but I haven’t made any recently. Apparently I’ve lost some sock IQ points, because I forgot where the color change should go for the heel. I did the heel in the main colorway. So I decided I’d just put a color block in the foot part of the sock. Exquisitely bad idea. And then I returned to Antonia for the toe. Another bad idea.

I finished the sock and then stared at it for weeks. And I stared at my remaining Antonia and decided I might have enough yarn of that colorway after all.

So, I eventually knit the second sock entirely in Antonia. Then I frogged the first sock back to where Spud and Chloe made their appearance. And, just to make it special, before I was done I managed to convince myself that I really was going to run out of yarn after all. But, no, I’d weighed the yarn correctly. I had a very small amount of yarn left. Just enough for darning if it’s ever needed. But, actually, I don’t do darn. Darn and I don’t play well together.

In the end, this is a nice basic pair of socks that fits Steve’s feet just the way hand-knit socks should: perfectly, with no irritating seams. 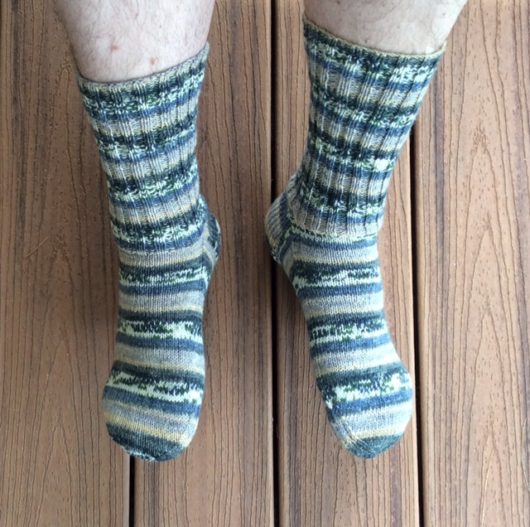