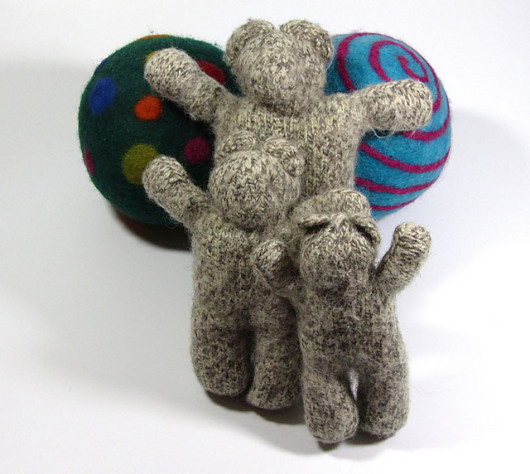 I’ve knit about a zillion of these since this set was knit circa 1987. I’m only exaggerating a tad. I’ve posted photos on Ravelry showing 30 of these bears that I’ve knitted over the years. My son was a toddler when I knit this trio. He turned 30 recently and has a toddler of his own now.

This is Lesley Anne Price’s, “The Bears,” from her 1984 Ballantine-published book, Kids’ Knits. Unfortunately the book is out-of-print now. If you can find it at your library or on Ebay it’s definitely worth a look-see. These bears are just one pattern among many that merit a knitter’s attention.

These bears didn’t always look so felted and mangled. They used to be quite the fine fellows, decked out in sweaters or vests. Recently I decided some hot water and a bit of felting would be a good thing to be sure that they’d be rid of all their decades-old dust. And clearly they needed some new duds.

Look at them now! 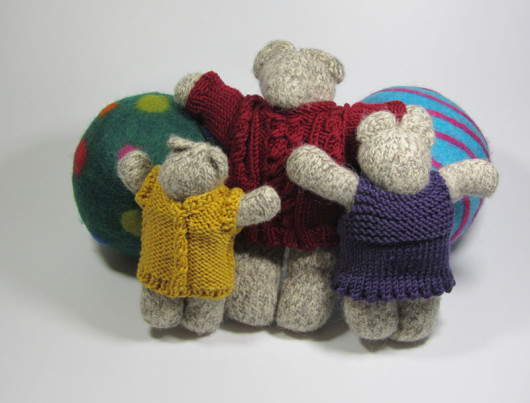 Papa, Mama and Baby Bear are lookin’ fine! Soon they will be gifted to my son’s children. And so that big wheel just spins and spins.

Here’s a closer look at Papa Bear and his sweater, which is Jacquelyn Smythe’s contribution to another out-of print publication: The Designer Collection (for Bears). It is a collection of outfits sized for smallish bears and was a fund-raiser for The Children’s Aid Society. In addition to Smythe, there are patterns from Meg Swanson like this one, modeled by a bunny I knit for Isaac. The list of luminaries who contributed to this 1993 pamphlet, edited by Judith Shangold, includes Kaffe Fassett, Norah Gaughan, Nicki Epstein, Nancy Marchant, and Deborah Newton. 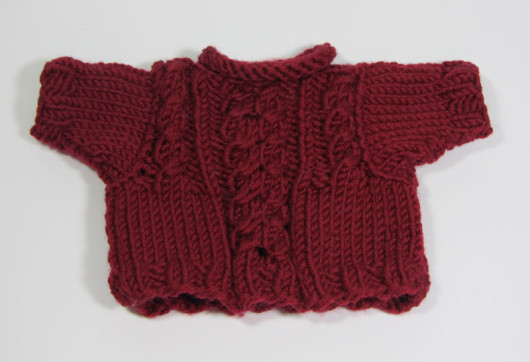 All the new finery is knit in Plymouth Yarn Worsted Merino Superwash. Papa Bear is pleased and hasn’t even complained that his head had to be a bit squashed to fit into his roll-neck sweater. 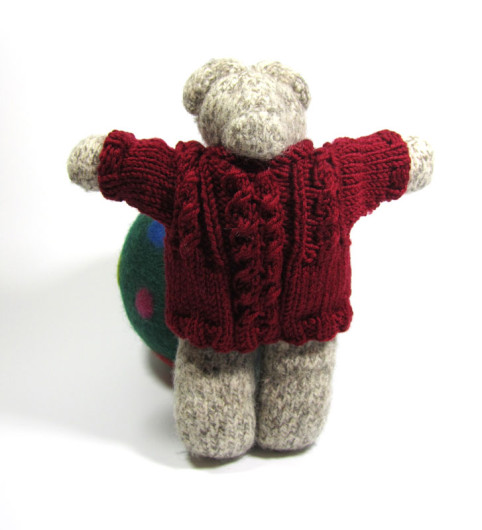 Mama Bear spent three nearly three decades wearing a rather unsightly garter stitch vest and so she requested something fancier this time. 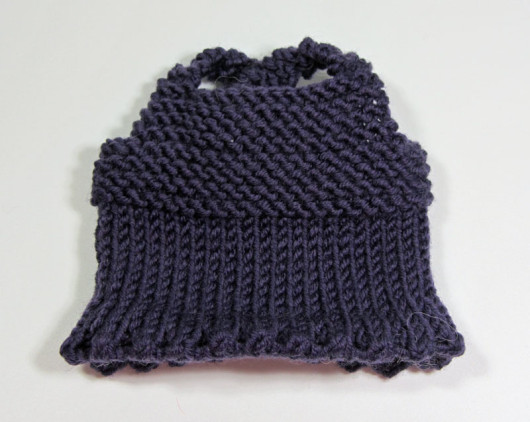 This is Judith Shangold’s sundress pattern from one of her Bear in Sheep’s Clothing pamphlets. I know you don’t really want to hear it but, yes, it’s out-of-print too. At first Mama Bear was skeptical that this was going to be much better than her old garter stitch vest. But once she tried it on she pronounced it almost perfect. 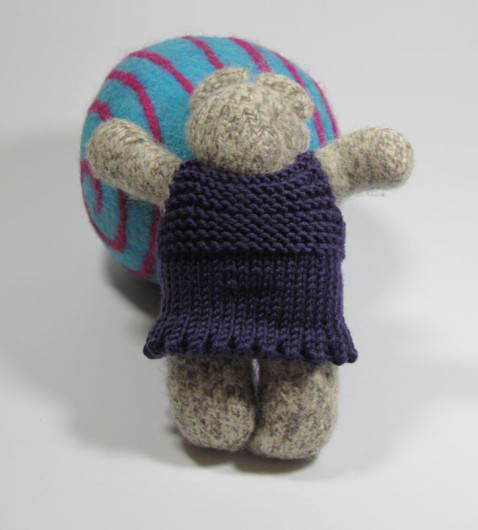 She’s been heard to mumble that I could have done better with the back straps. And she thought Papa Bear might have appreciated a less modest neckline. 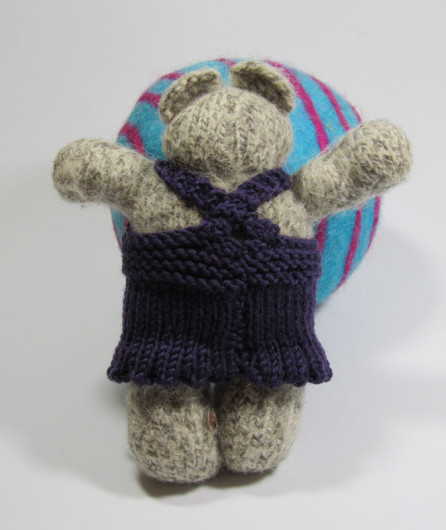 I told her she could just wear it backward if she wanted to be daring. Besides, I tend to knit these small bears without facial features and it’s hard to tell if she’s coming or going since the family came out of the washer and dryer. (But I suppose she and Papa Bear know the difference,) 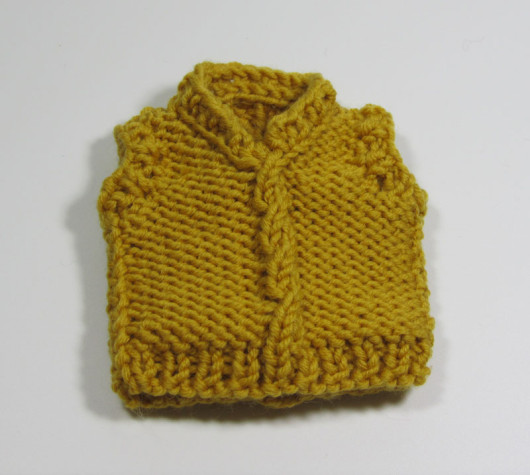 There are actually two Shangold Bear in Sheep’s Clothing pamphlets, one published in 1991 (and that’s where the vest pattern is from) and one in 1992. Such a sweet easy pattern. 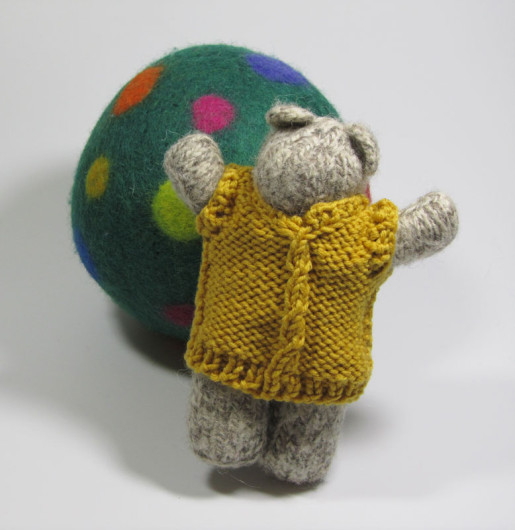 My son’s son won’t be two until October and my son’s daughter turns two months soon. I’m planning for the perfect occasion to gift these guys to the children. I’d sort of like them to know that they were their dad’s stuffed buddies too.