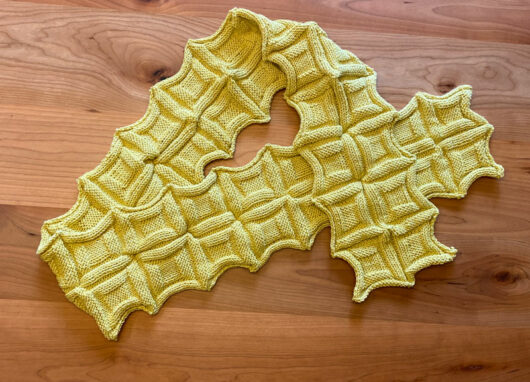 This is Pathfinder, by Susan Mills. It’s one of her older Classic Elite patterns and calls for Classic Elite Chesapeake. As with all the Classic Elite yarns, Chesapeake’s dead now that the company died. They may have discontinued it even before the company fell off the edge of the yarny planet. But I had 4 balls in my stash. It’s a 50% merino 50% cotton worsted weight yarn. Very soft. Not a bit scratchy. And it’s an extravagantly cheerful color to wear on a dreary winter day.

The boxy construction combined with the scalloped edges creates such a graceful look. Sometimes you want a warm scarf. Sometimes I think you just want one that looks good. There’s only two Pathfinder projects posted on Ravelry. I find that surprising. It’s an excellent pattern that merits more attention than it’s getting. Fun to knit. Fun to wear. I give it a 10! 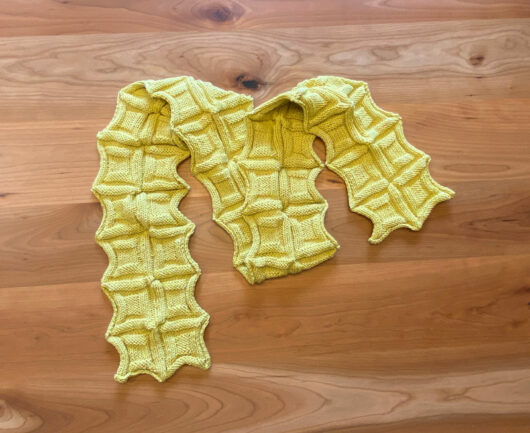 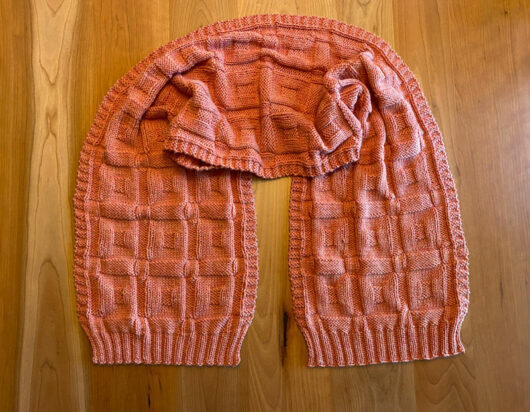 Square Deal, quite in contrast to Pathfinder, is a warm scarf. It’s long and wide and can almost do double duty as a shawl. 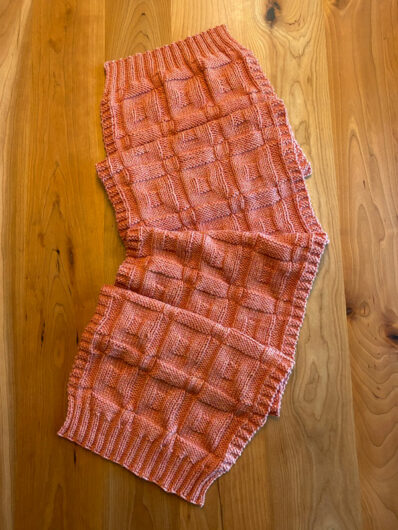 Maybe, for some, scarves aren’t working as well as they used to. It’s true that the ends can get caught on the sticky half of Velcro tabs. For sure, I’ve combed out my share of yarn fuzz from those tabs. But there aren’t many cowls that can compete with scarves for keeping a person warm. Plus, if you’re climbing playground equipment there’s much less chance of getting hurt when a scarf gets snagged as compared with the risk of what can happen while wearing a cowl. Well, not to be too grim, there was that one incident with Isadora Duncan. But her very very long scarf got tangled in the rear hubcaps of her car.

On that unhappy note, I should change the focus.

This cool cowl is Amelia Lyon’s Willow Cowl. I knit mine in (my apologies) another discontinued Classic Elite yarn, Alpaca Sox. Knitting socks in mostly alpaca never seemed like a good idea to me. This yarn is 60% alpaca, 20% nylon, 20% merino. It is soft and lofty–perfect for Willow Cowl. 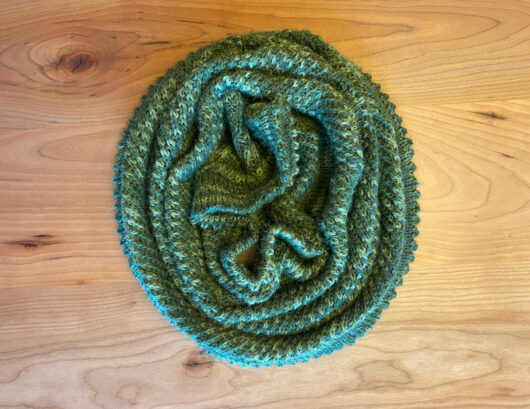 The cowl looks a bit odd folded in on itself.

It looks a lot odd and lampshade-like stretched out flat. 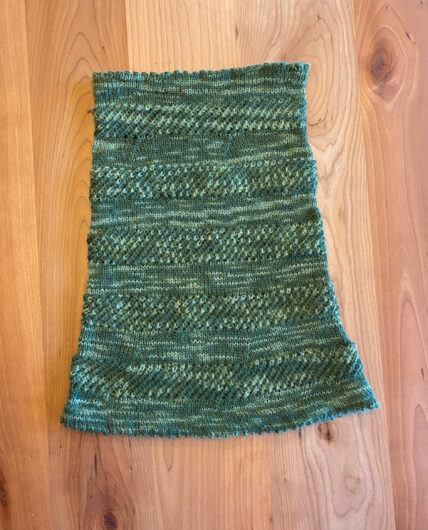 But on a neck, it stacks into well-behaved rolls. It’s wonderful! 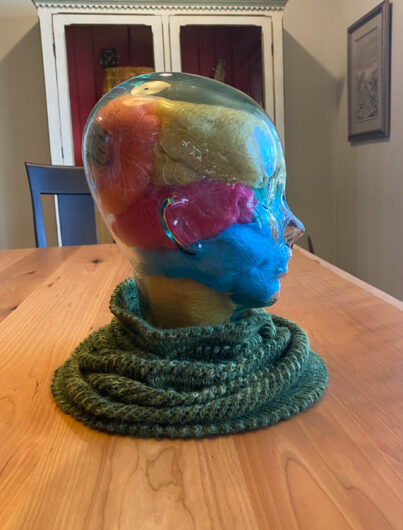 You can check out another Willow Cowl version here.