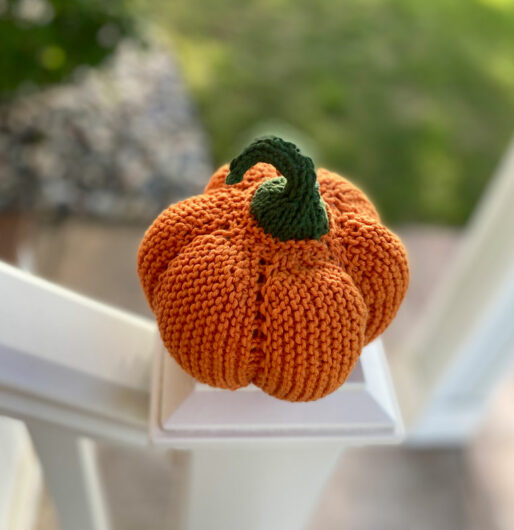 My grandchildren have collected quite a few in-house nicknames for themselves. One of the sweet ones for my granddaughter is a fairly common one: Pumpkin. Maybe it derives from a toddler-era pumpkin Halloween costume that once came down to her to ankles. Many years later it’s still occasionally worn when only a silly shirt will do.

As relayed through her mom, my granddaughter wondered if I could knit her a pumpkin. Can do. Currently there are 30 knitted pumpkin patterns on Ravelry. Sixteen of them are free. I decided to knit the free pumpkin pattern with the most projects: 01-1170 The Patch. It’s, drum roll please, a DROPS pattern.

I’ve never knit a DROPS pattern. I’ve heard, and seen myself, that they are–let’s see–they are…succinct. Many of them are super interesting and thousands of them are free.

This pattern was very accessible, though personally I’ve never seen charted-out, knit-flat, short rows. Once you get the hang of the chart and the rhythm of the turning, it’s not a problem. In case you want to give this pumpkin a try, on Row 3, the row with the gobs of yarn-overs, you need 16 yarn-overs. So I interpreted the chart as directing a knitter to knit the first two stitches. And when the directions said to “twist” the yarn-over on the row following, I knit into the back of the yarn-over.

On the stem, once I got down to 6 stitches, knitting all the stitches “from the right side” wasn’t clicking with me until I realized I was supposed to knit an attached I-cord.  I switched to double-pointed needles and worked a 6-stitch I-Cord.

I used Knit Picks Dishie for my pumpkin. It’s a fun pattern, with almost no stitching up. It would make quite a Halloween centerpiece. I believe mine’s being used as an indoor football though. 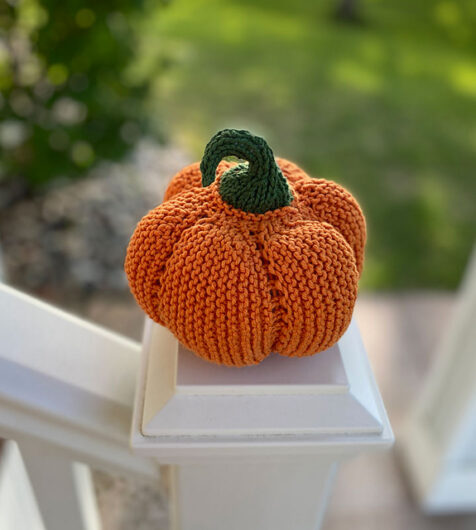 Next up, a new shawl that reminds me of Halloween including because of the colors I chose: Lisa Mutch’s Coax. 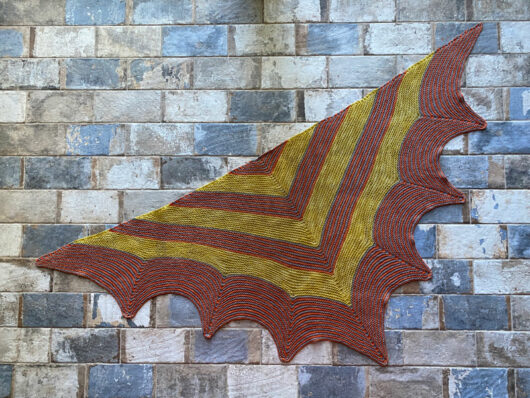 Beyond the colors, my version has a bit of a bat-vibe going. Maybe even a spidey-web feel. 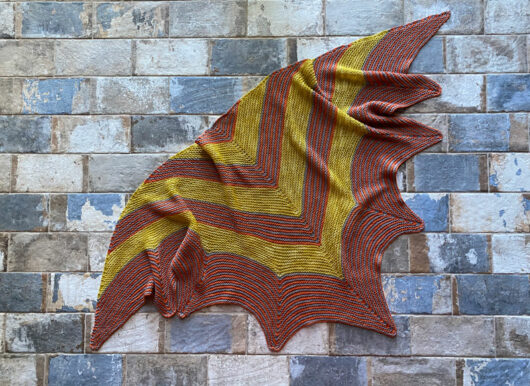 This was an easy soothing knit. I used Classic Elite Yuri. Yuri was discontinued even before Classic Elite died. And, for some reason, the 4 skeins I bought and knit into multiple projects before this one just refused to be used up. Coax about did it though.

This will only make sense if you decide to knit Coax, but in section seven I changed to Color B for the first set of rows 3 and 4 even though the pattern doesn’t say to do that. I looked at the pattern photos closely and don’t see a divider of 4 rows of Color A at that point.

Now, what you’ve been waiting for: more dishcloths! 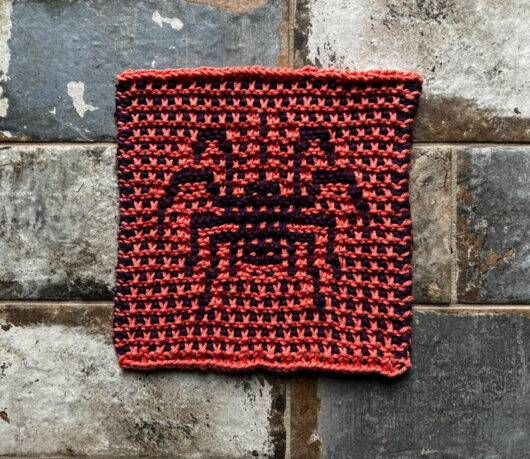 “Creepy, crawly, creepy, crawly, creepy creepy…”. This is Amy Marie Vold’s Along Came a Spider. Just the thing to send along to your local arachnophobe who’s decided they want to try exposure therapy. I shouldn’t joke. It’s a real thing afflicting 3-15% of the population and is more likely to occur in women than in men. 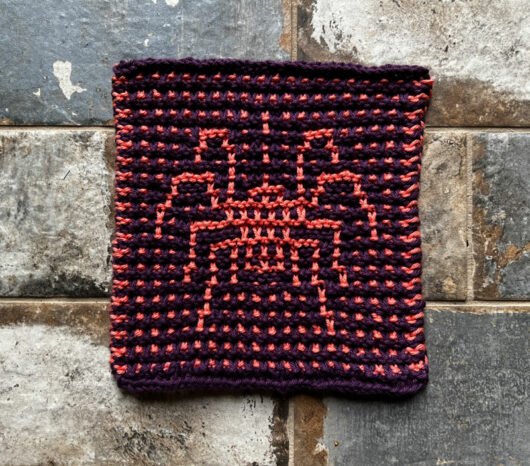 I knit my pair of spideys in Knit Picks Dishie, using the Conch and Mulberry colors. 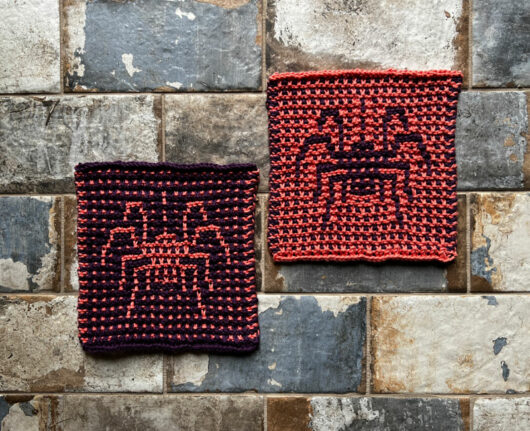 I hope your Trick or Treaters, or in my rural area your Trunk or Treaters, come in droves this year. And I also hope that you haven’t had to make a special trip to the ATM to fund the kids’ treats in this inflationary year.