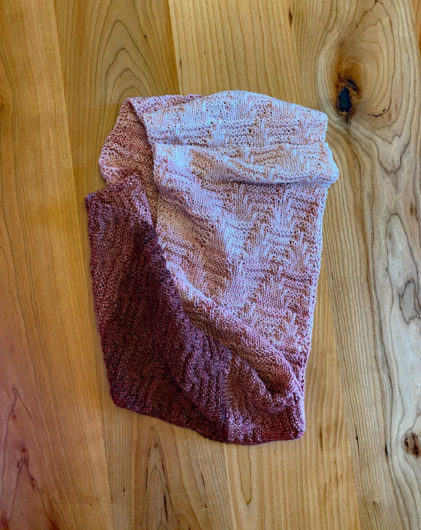 It’s definitely not summer anymore here in Michigan. The boat is stored. The dock is out of the water. The colorful Adirondack chairs are trussed up in their winter covers. And we’ve had our first snow squall. So it’s now officially wear-your-cowls weather. 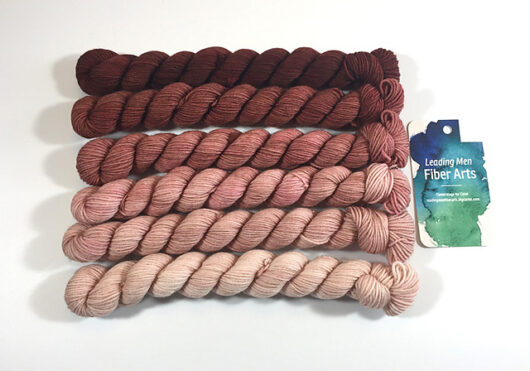 As with many a gradient set purchased without a specific pattern in mind, this one lived in my stash for a few years before I decided what to do with it. Someday I probably need to grow up to be a more disciplined stash enhancer. But pretty much everything ends up being used. At some point. Gray’s pattern was designed specifically for this yarn.

I like the final result. A lot, actually. It’s beautiful and I’ll get plenty of wear out of it. But, despite the color changes, the process of knitting it got a tad boring. And I’m not a huge fan of working pairs of 1 over 1 cables. The fact that I sometimes have a meandering attention span span doesn’t merit marking the pattern down, though. If I were talking to Dick Clark it would be “Good beat. Fun to dance to. I give it a 10.”

Here’s another view of Republic of Splendor. 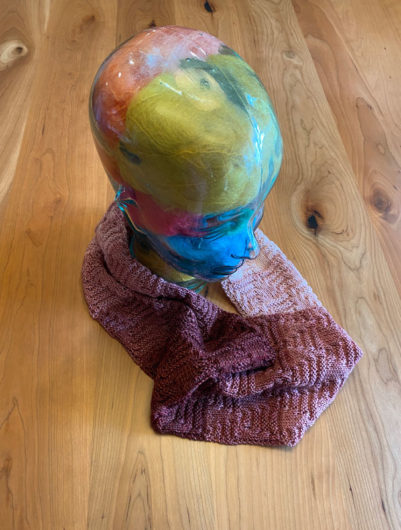 GlassHead is asking why this cowl is called Republic of Splendor. The only thing that comes up in a google search points to a company’s $26.00 Republic of Splendor “B-Line Eye Pen.” I’m not familiar with eye pens or even with make-up in general. The pen is “the ultimate quick-change artist,” and “crosses smoothly from smoky-eye to cat eye–” whatever that means. It has a “silky matte finish [that] can fake a full night of sleep.”  Doubtful that was the inspiration for the cowl’s name. It’s a great cowl even though it can’t fake a full night of sleep. 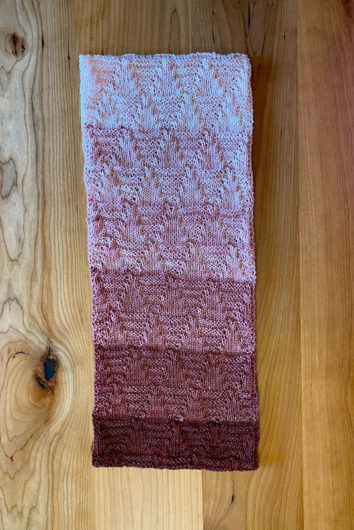 This next cowl is Melissa LaBarre’s Elyse Cowl. It’s designed for worsted weight. I used Mirasol’s Umina. It’s 50% alpaca, 50% merino. Ravelry classifies it as an Aran weight. For me it worked up as a worsted. I really like this cowl…and the knitting of it.

It’s been a long time since I’ve knitted welts. In fact, my last welt adventure was in 2013. It was the difficult to photograph/impossible to wear Sediment Collar. (If you check out that old post there’s a happy ending to the story. One of my adult nieces actually liked the thing.) Turning to this new welt project. It’s a success! 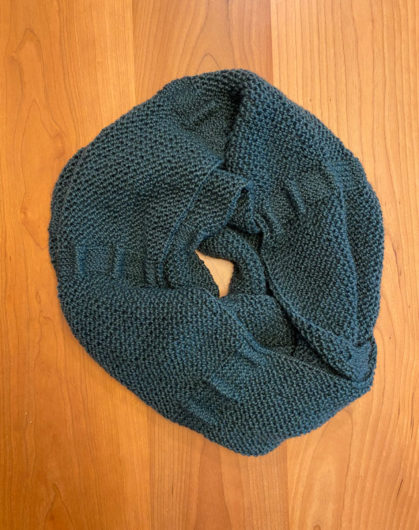 Knitting a welt, which nowadays most folks call a tuck, involves dropping down a set number of rows and knitting the back of the stitches below into the stitches on your needle. 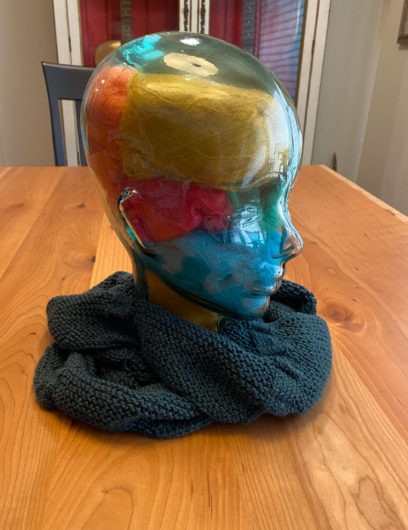 The welts are a tad tricky to get consistent. I didn’t succeed 100% of the time. I modified the pattern by knitting a total of 4 repeats of the pattern, rather than 3, before working the closing pattern rounds. I had enough yarn and I was very much enjoying the process. To make it easier to pick up the stitches from the rows below, I used a short double-pointed needle 4 sizes smaller than the circular I was working on, so a US 3 rather than a 7, and slipped the lower stitches onto the smaller needle to help complete the join.

My cowl turned out to be 6.25 inches wide and 58 inches long. I didn’t block it because it didn’t need it.

I wanted to make the edges look more finished so I used the so-called “Chinese waitress” cast-on and the matching double chain bind-off. Both create a very tidy, tubular edge. 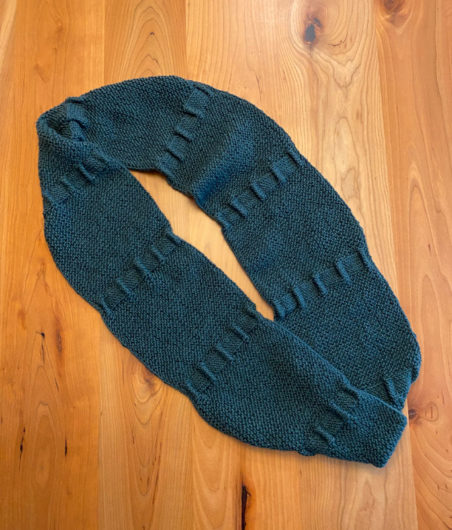 I have a confession to make on this next one. Pine Sway Cowl is a beautiful freebie cowl pattern from the very talented designer Juju Vail. She’s associated with Loops of London. Pine Sway is designed for the somewhat pricey Fibre Company Cumbria, which is 60% merino, 30% masham, 10% mohair. My Pine Sway is not, in my view, a success.

I had two skeins of Cumbria in my stash, Hellvelyn and Purple Moor Grass. 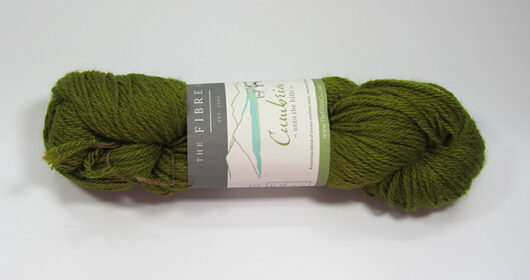 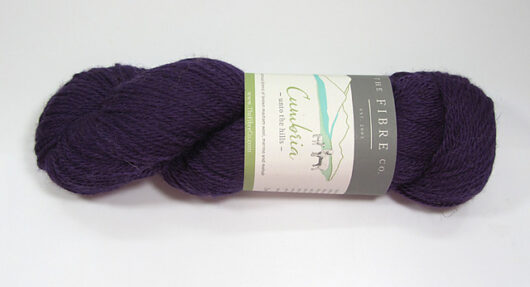 So, to me they looked like they were a “go” for Pine Sway. Admittedly, the Purple Moor Grass was more electric looking than my skein photo showed. But it’s exactly the yarn the pattern called for. 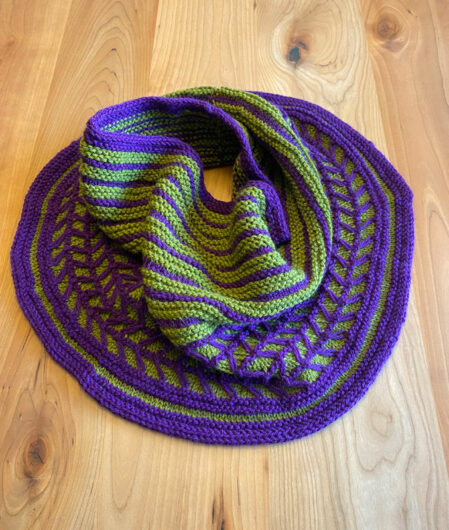 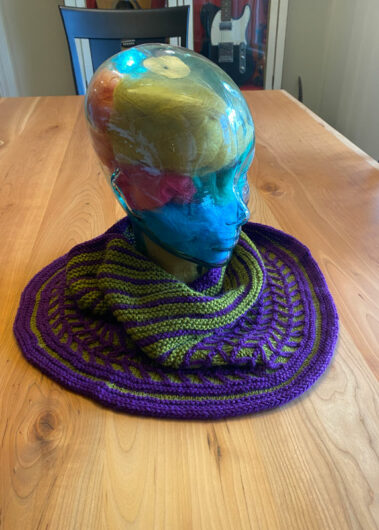 Hmm. I don’t think so. The colors don’t do well together. I believe it’s likely that Pine Sway is going to be frogged soon. Very soon. Maybe this evening. Alone, these two skeins will make two great accessories. I tried to convince myself that I didn’t have to show it to you. But I shouldn’t be prideful about my knitting. Most of it works. Some of it doesn’t. Pine Sway is a wonderful cowl. It was a fun knit. It is beautifully extravagant and covers your shoulders and is totally cozy. Don’t shy away from the pattern because my color sense failed me.

Being prideful about my knitting, I decided I’d end this post with a success. This next cowl is Iris Schreier’s Puffy Cable Cowl. The pattern doesn’t seem to be downloadable but the Ravelry entry identifies where it’s available. Mine was included in a kit that also included 170 yards of DK weight Cashmere Glitter by ArtYarns. Normally, this kit is one of those take-out-a-mortgage kits. But I purchased mine very deeply discounted at a shop closing. 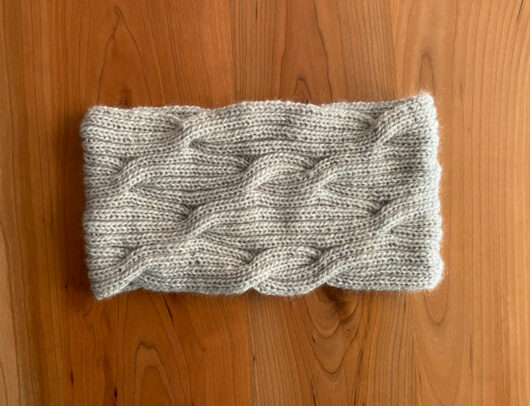 ‘Tis a small thing. But sweet. Lovely loping reversible cables. A little bit of glitter that isn’t captured in my photos. GlassHead says she always knew she was glamorous and this cowl proves it. I told her not to get a big head because hers is already stuffed with colorful vintage mohair and that’s not one bit glamorous. 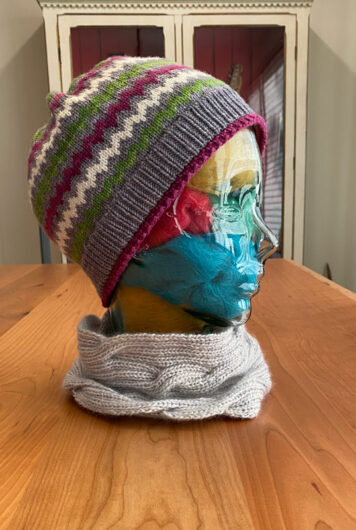