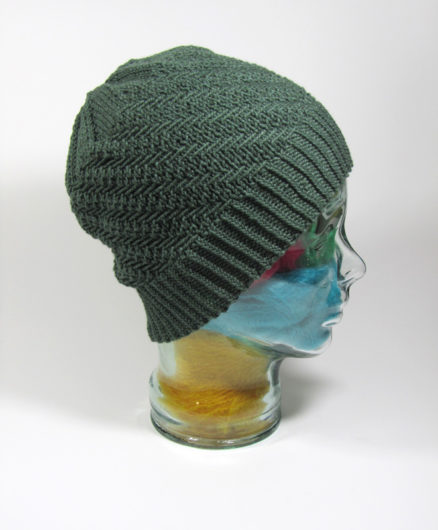 Apparently, as judged by my recent hat production, it’s pretty easy being green.

This lovely is Kaarre, a free pattern designed by Maria Kostamovaarra. It’s available on Ravelry in Finnish and English. I chose to work from the English pattern. And I would love to hear Maria pronounce her last name. Ravelry has a feature that permits designers to record how their name is pronounced, but Kostamovaarra hasn’t recorded hers yet. 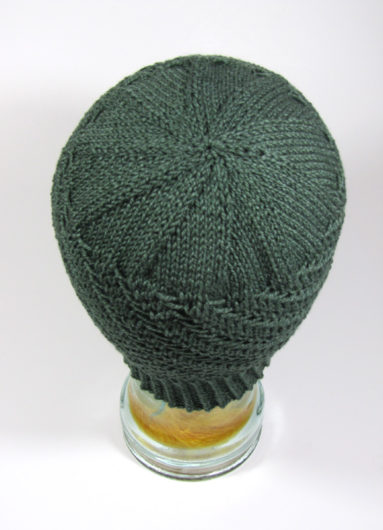 I knit my Kaarre in Classic Elite Chesapeake, a lightweight worsted, even though the pattern calls for a DK weight. The cast-on is only 102 stitches, worked in twisted one-one ribbing. I was concerned that would make for a smallish sized hat. And my head, along with many in my neck of the woods, is pumpkin-sized.

This hat was a bunch of fun to knit. Sometimes translated-into-English patterns can create some headscratching. This one? Only a bit. The designer calls stitch markers “pattern markers” and refers to rows rather than rounds. No problems there. That marker moves one stitch forward in the round every other row of the body, creating the interesting spiral.

And after round 5 of the crown decreases, the English directions say: “Continue repeating decreases at the same place 11 more times (total 13 decrease rows).” To that point you’ve been decreasing in one round and not decreasing in the next one. I continued to alternate a non-decrease round and a decrease round even after round 5. In the last two rounds, I decreased both rounds. But I’m not sure if that’s what the designer had in mind. A total of 13 decrease rounds doesn’t seem correct either. So, bottom line, just wing the decreases a bit. In my version, it is a rather tall/slouchy hat. It was an early “snatch” from my holiday gift basket.

This next greenie is Weather the Weather Hat by Megan Williams. It’s another freebie on Ravelry. Williams says she was inspired by unseasonable weather, storm fronts, and a poem that includes the line, “Whether the skies in your life be foul or be fair, we’ll weather the weather together because we care.” 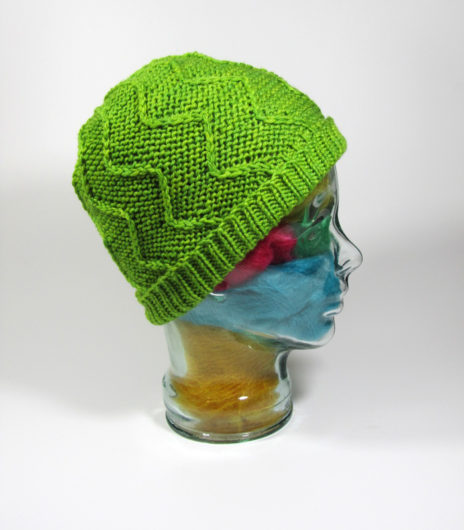 Probably a better hat than a poem (methinks). A nice sentiment, though. My Weather the Weather is knit in Steady by Why Not Fibers. This is their wasabi colorway. Why Not Fibers is a smallish hand-dyed yarn company working in Traverse City, Michigan.

Here’s a look at the interesting crown decreases. 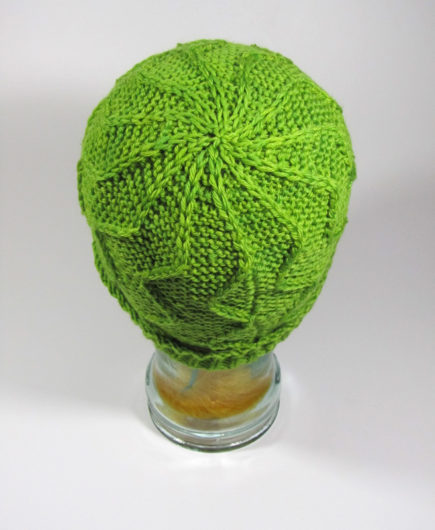 Pretty cool! And Why Not’s Steady was a great worsted to work with.

This next hat is Beloved Aran, another Ravelry freebie. Solenn Couix-Loarer designed the hat. If you want to brush up on your French, the pattern is available in French and English. My knowledge of French doesn’t extend beyond croissants and baguettes so I worked from the English version. 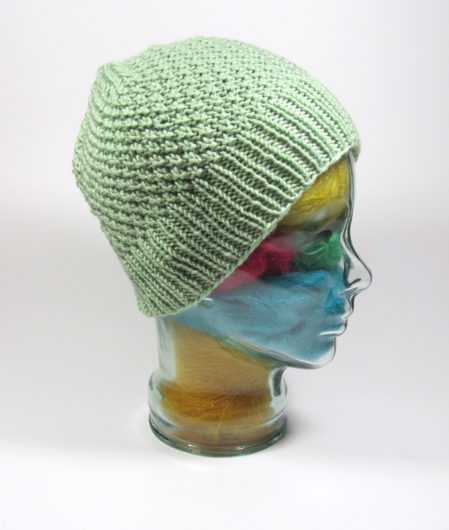 The pattern calls for an Aran weight yarn. I reached deep into the stash for my last skein of Martha Stewart Crafts Extra Soft Wool Blend–ever the mouthful–but good yarn.

I am very happy with the results, including the x-marks-the-spot crown decreases. 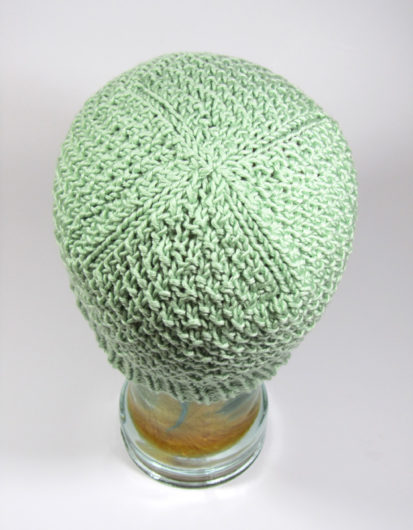 For this last green hat, a return to another beloved yarn, Classic Elite’s Chesapeake. This is Morgan Capestrain’s Oak Leaf Beanie. It’s another Ravelry freebie. Really, where would we knitters be, much poorer at a minimum, without the generosity of these talented knitwear designers? 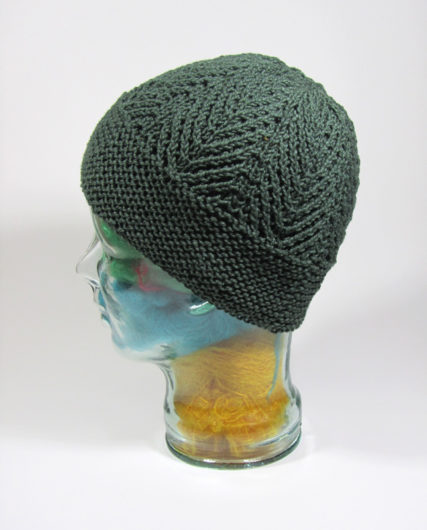 Simply put, this hat is a stunner. I had some difficulty working it, which was totally my fault and not the designer’s. I was listening, again, to Harry Potter and the Chamber of Secrets and at a few points my knitting concentration waned. But it all worked out. For my knitting and for Harry and the wizarding gang.

I made a few on-purpose modifications, including using a larger needle on the garter stitch section, a size 8. Even with the stretchiness of garter stitch, I didn’t think that 82 stitches and size 6 needles would work well size-wise. And I also decreased the number of garter ridges to 11.

The left twist was difficult for me–mostly because my size 9 sixteen-inch circulars are old Addi Turbos. Lace points would have been much better. When I switched to sharp Karbonz double points for the crown decreases, the left twist was very easy.

Placing stitch markers every 13 stitches in the body of the hat was a big help.

This hat has a beautiful crown decrease section. 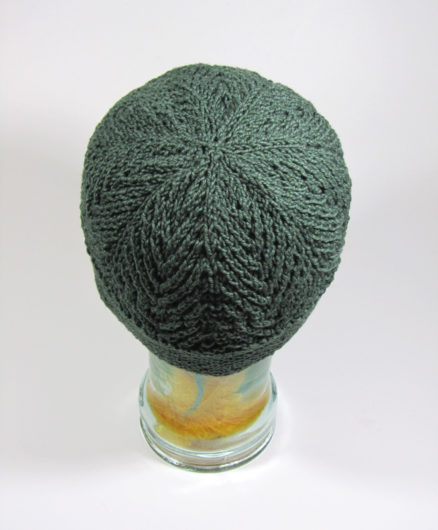