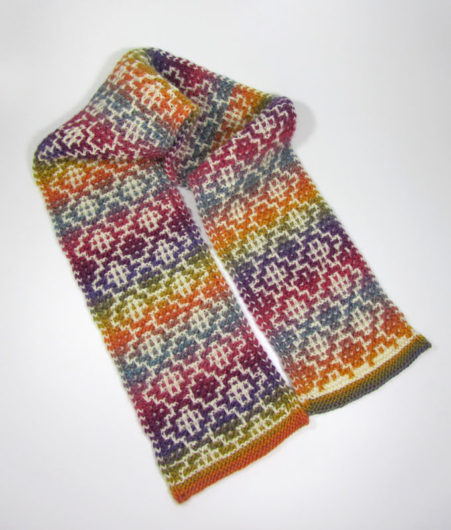 Isn’t this just the cat’s meow? It’s a free pattern, Mosaic Tile Scarf, by Gail Tanquary. I bought the kit a few weeks ago at one of Michigan’s very cool northern yarn shops, The Dutch Oven Bakery and Yarn Shop. Being a kit, I ended up using exactly the yarn called for in the pattern. I don’t do that all that often. So, the off-white is Crystal Palace Allegro DK. And the star of the scarf is Crystal Palace Mochi Plus, an Aran weight that’s 80% merino, 20% nylon. Using two weights of yarn really makes the self-striping Mochi Plus patterning pop. 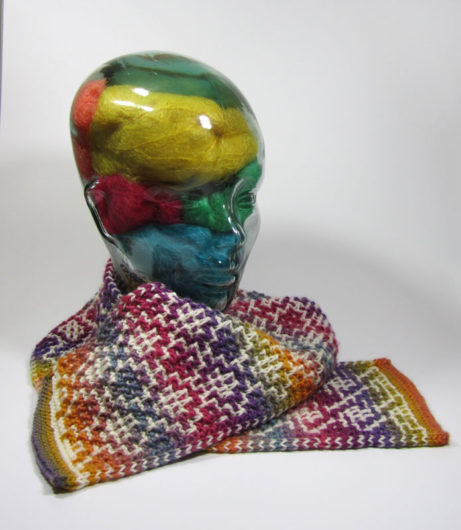 This is a slipped stitch pattern, so every pair of rows is worked with just one of the colors. The color changes are hidden in that nice I-cord edging. And even when it flips over and knitwits wear it upside down, it won’t look too horrid. 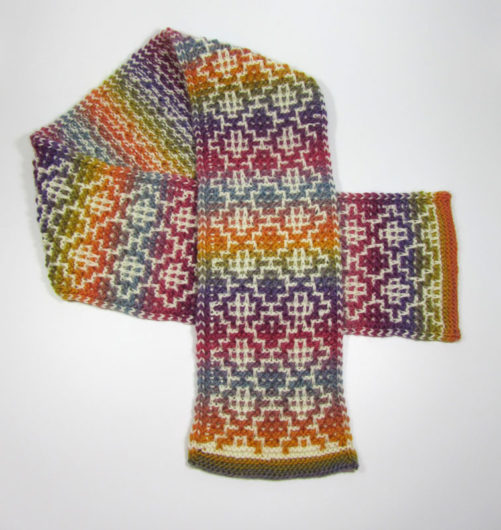 Here’s yet another Noro Striped Scarf. Jared Flood doesn’t take the credit for this, but since I believe he’s who wrote a pattern alternating between stripes from different skeins of Noro Silk Garden, I’m completely willing to give him full credit. 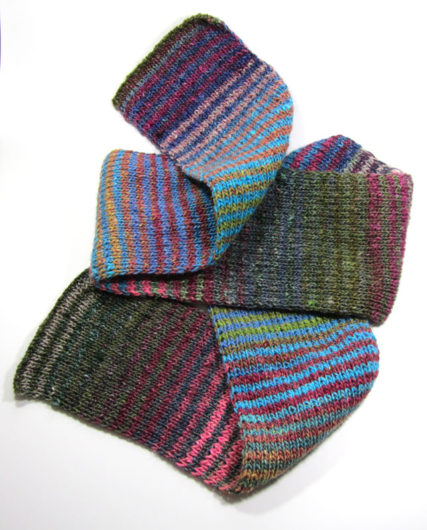 Nearly 15,000 Ravelers have knitted this scarf and posted it on their project page. This time my two colorways were 382 and 337. A mostly pink red and a mostly blue green skein. Two skeins of each colorway. I made mine a bit wider than the pattern called for by casting on 45 stitches. I slipped the first and last stitch of the second set of each rows, purlwise, to give it a nice finished edge. 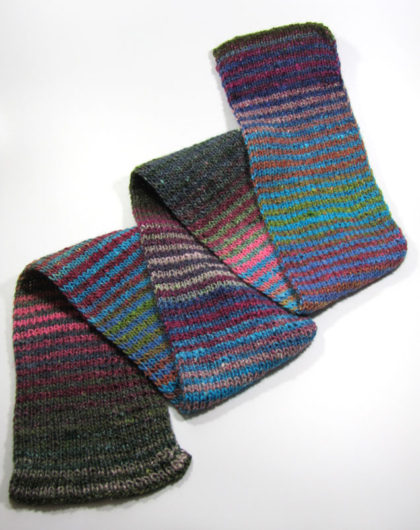 Any way you fold it, this scarf looks great. 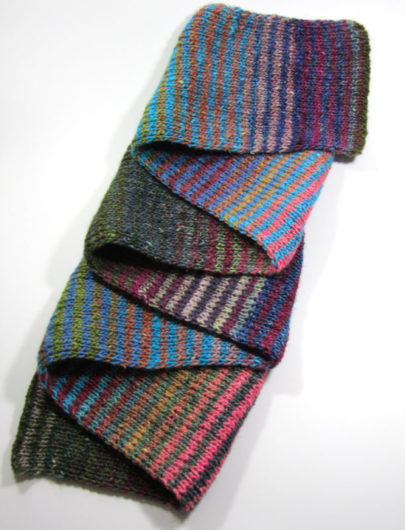 Four skeins, at this width, ended up at 69 inches. So, plenty for multiple wraps around a neck. Here’s others that I’ve made. And another. The measure of a good pattern? I don’t have any of these anymore. I knit them. Friends and family choose them for their holiday presents.