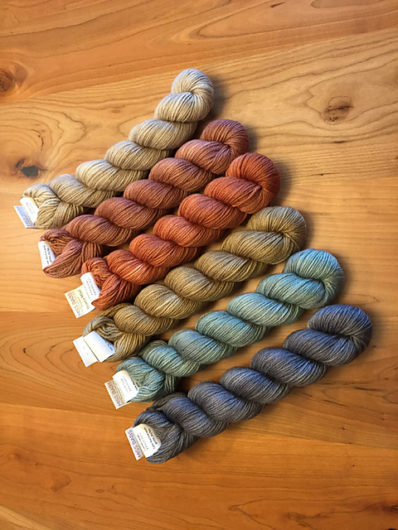 I’ve only rarely knit with Miss Babs. It always seemed like a lot of buck for the bang. But this set of 100% merino DK weight Yowza really captured me. And so did Boxes and Towers by Kirsten Kapur. 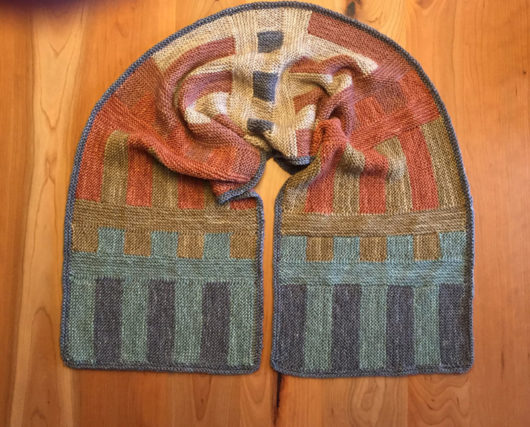 I am basically speechless, OK wordless, about how much I like this wrap. 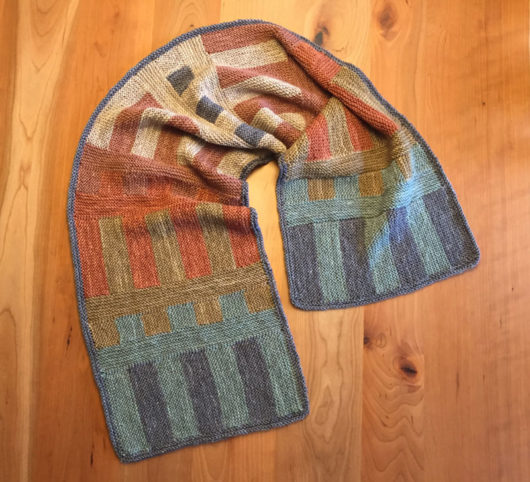 I can’t get enough of looking at it and petting it.

I made very few modifications to the pattern. It calls for the knitter to cut the yarn and reattach the next color on each piece of the towers and boxes. Speaking of “yowza,” why would I do that and be left with all those ends to weave in? I didn’t cut the yarn except where new colors were needed in a new section. I carried the unused yarn up the side of the piece. It worked fine, including when I needed to pick up stitches along the side where the yarns twisted. When picking up stitches, I made sure to catch the float between the stitches, not merely the yarn being twisted along the edge. I was also careful to twist the yarn the same way each time, bringing the yarn I was using under the yarn I wasn’t using. I don’t know how necessary that was in this piece but I’m obsessive about such things. And I kept it loose and didn’t tighten up the yarn being carried.

The only other modification I made to the pattern was to increase the width of the edging a bit. I purled one round, knit one round, purled one round, and then worked the Icelandic bind-off–instead of picking up the stitches and immediately binding off. I did a yarn over at each side of the corner stitch on each of the three edge rounds.

Here’s another look at Boxes and Towers. 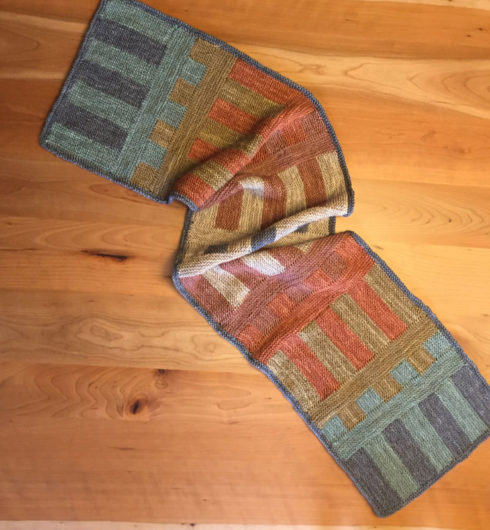 Yowza was wonderful to work with. No knots. No globby sections. The dye creates some heathering in the colorways, but there were no white blotches of undyed yarn. I’d use it again in a heartbeat. I liked working with it so much that I was determined to knit up every yard of it I could. Boxes and Towers required me to purchase six skeins of 200 yards each. The wrap used up about 800 yards. I needed to put that last 400 yards or so to good use. I had 28 grams left of Oakmoss (the green), Haydrick (the gold), Earthenware (the light burnt orange), and Slot Canyon (the light rosy shade). I had 20 grams left of Polished Stone (the gray), and 32 left of Sealpoint (the beige)–so, a total of 164 grams, about 400 yards.

I am really liking how my leftovers turned out. 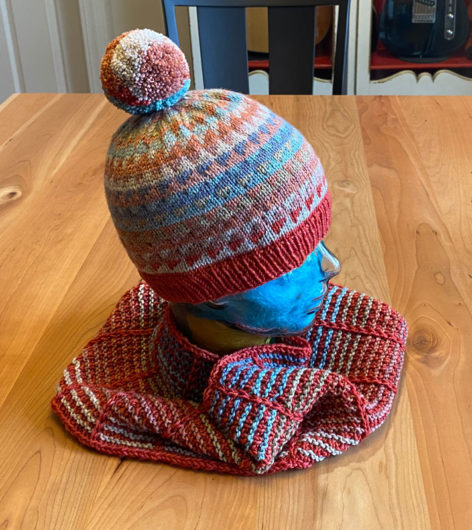 Both the hat and the cowl are tincanknits knits from their “Mad Colours” book. The patterns are also downloadable on Ravelry. I just wanted to mention the book because I love to spell colors the wrong way, just like the Canadians and Brits. Just kidding. Live and let spell. The cowl is Undertone and the hat is the triangle version of their Prism hat.

I bet you spotted my little cheat–that spicey orange in the ribbing and alternating rows of the cowl. Yep, that’s not Yowza. It’s another oddment from my stash. It’s String Theory merino DK in the Rose Madder colorway. It really anchored the pieces, I think. It also left me enough Yowza to make an extravagant pompom. 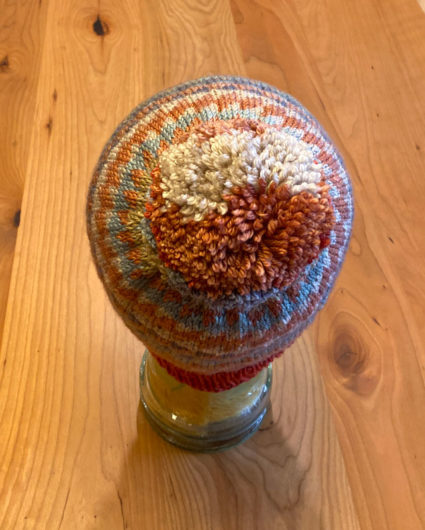 Here’s another angle on the pompom, since knitters know that we knit in an era when you can work up some pretty elaborate hats and the first thing people say is…all together now…”I love the pompom.” Here’s another look at the pompom. It is a pretty good one. 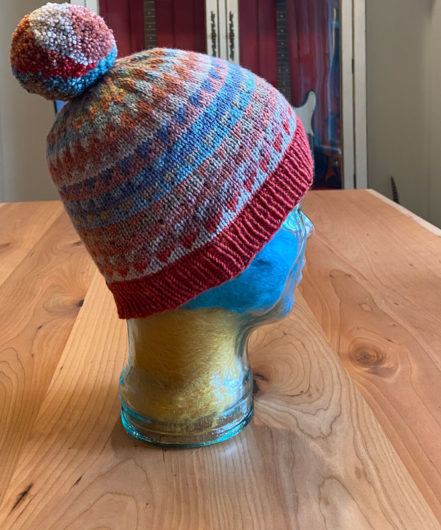 Here’s a closer look at Undertone. It’s a quick, fun knit, with lots of potential for interesting color play. 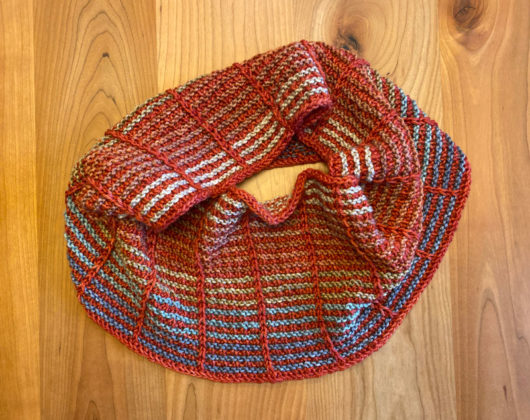 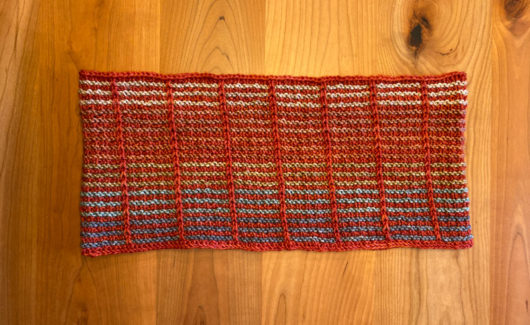