This hat is designed by the very talented Romi Hill. It’s her Warm the Line Beanie. It was and still is offered free as part of a 2020 US election project meant to keep someone warm while they waited in line to vote. I knit mine in Mrs. Crosby Carpet Bag, a DK weight in 80% merino, 20% silk.

I used a tubular cast-on, following this wonderfully clear video produced by Jen Arnard-Culliford. It is a great technique that creates a very stretchy ribbed cast on with a finished edge that looks like it was machine knit. It’s subtle in the yarn I chose, but the vertical lines in the hat are interrupted at intervals by a stockinette oval. My read is that the verticals are the lines of voters, appropriately socially distanced. And the ovals represent their heads. This is one excellent hat, including its stylish non-pointy crown decreases. 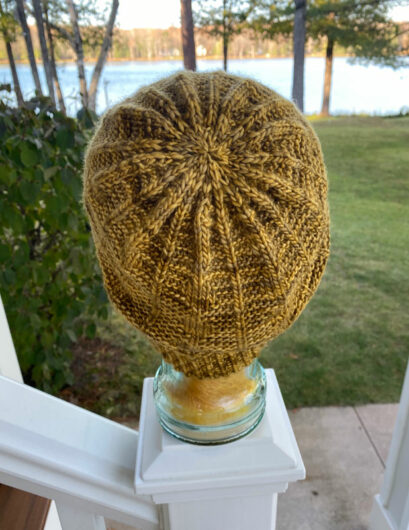 For me, there’s nothing better than hats for a quick holiday gift. I love to make them. People like to receive them. And best of all, there’s no such thing as second hat syndrome. You only have to make one.

But it’s pretty rare that I only make one. Once my needles take to producing hats, they tend to come in bunches. This next one is Woolly Wormhead’s Concentricity, blocked as a beanie rather than a tam. I knit mine in Anzula For Better or Worsted. 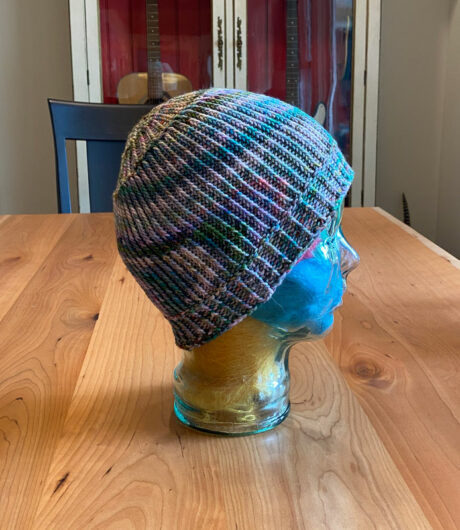 Here’s Concentricity squished down so you can see the beautiful concentric circles crown decreases. This skein needed some taming. But I love the way the pattern still retained the swoosh. 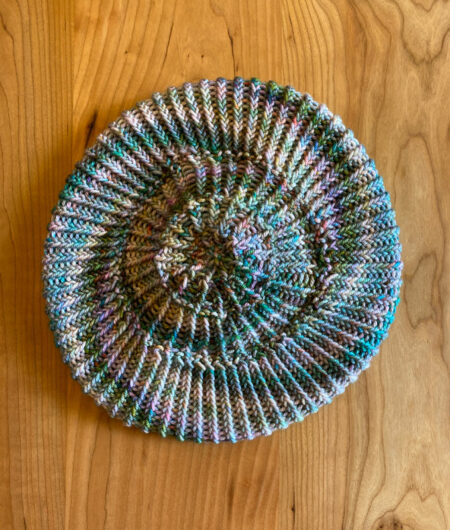 Wormhead advises, hmm that sounds odd. Woolly advises. Not much better. WW advises the knitter to use a very stretchy bindoff. A double chain cast off worked nicely. Concentricity’s wearer won’t have to worry the hat will cut off circulation to the tips of her ears.

Even as a tam, Concentricity sculpts a fine hat. I’ve just found that no variety of tam captures anyone’s interest in my neck of the woods. 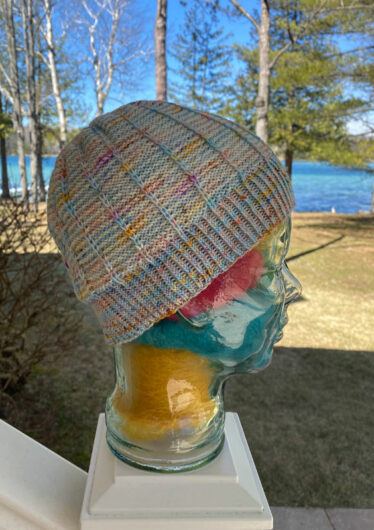 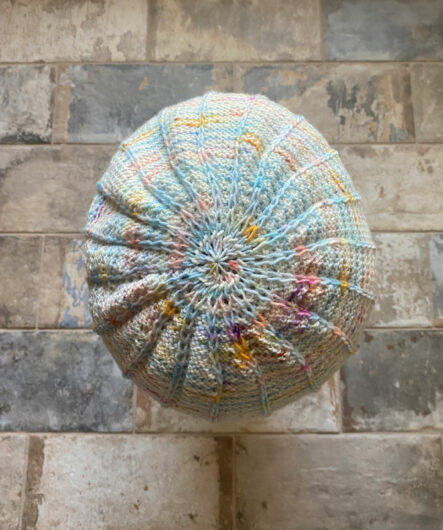