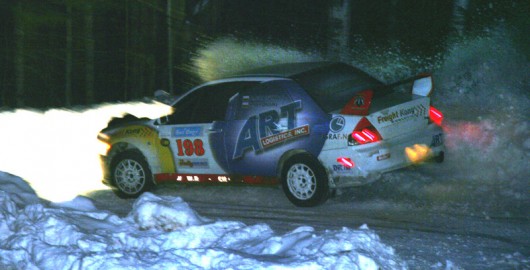 It was a dark cold night.  It was a dark cold very cold night.  It was a dark very cold noisy night.  It was a very dark very cold very noisy night in January in Montmorency County.  Must be crazy people were once again driving cars over snowy slick roads at high speeds while spectators watched them  slide fast around corners packed ten people deep.  There were no published accounts of collisions with deer this year.   No drivers were seriously hurt.  Many cars were scathed, as in the opposite of unscathed.  It was Sno*Drift (and that’s no asterisk it’s a snowflake). It’s the only winter rally in the national Rally America Championship series.  The race is held on a Friday and Saturday in late January.  It takes place completely on Montmorency County backroads.  The last leg of the race, when Steve took these photos in 2009, is run in the dark.  Yipes.  The County has hosted the rally for 44 consecutive years. The event draws drivers with international reputations and backers, but also wannabes who come with a passion for the sport and a shoestring budget. If racing is your thing, this is a “do not miss” unusual “Pure Michigan” event.

Yes, that’s on ice and snow, on back roads, dodging deer, in January,  partly in the dark. 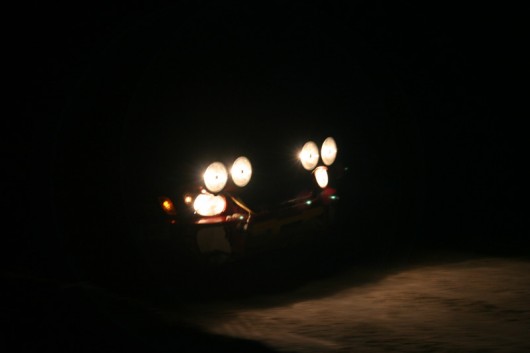 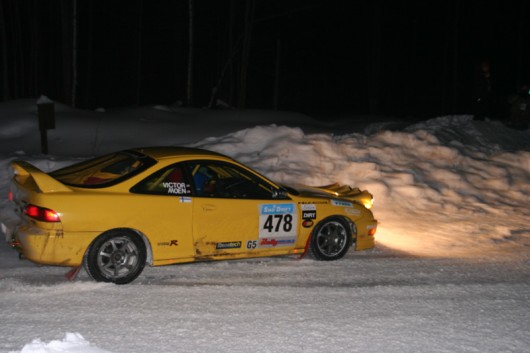