Before I became a voracious knitter, decades ago now, I didn’t know what a cowl was. Now I sometimes even wear them in the summer or to take the bite out of an air-conditioned chill. This cowl is Purl Soho’s freebie: Floats Cowl. I knit mine out of Heritage Yarn’s Prime Alpaca. It’s a 100% alpaca sport weight. 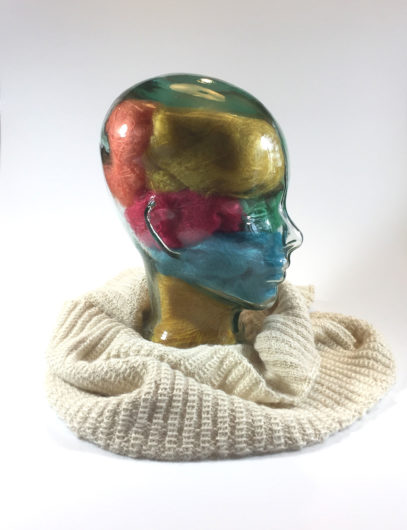 I had difficulty with what should have been an easy knit. It’s a 2 row pattern and you work it looking at the non-public side. In other words, the floats, formed from slipping two stitches, form on the inside. On the next round, you purl the slipped stitches. For me, it was very difficult to look at my knitting and know which round I was on. Even when I started counting rounds, “odd round are slip stitch rounds and even rounds are plain rib,” my brain would lapse into the wrong stitches. Plus, it’s a very hard stitch to fix when you goof–at least it was for me. And every mistake shows up very obviously. I tried stitching a repair in one spot. That worked…poorly,

I tried working the stitch facing the public side. It doesn’t look the same. Moving the yarn before and after you slip the stitches anchors the yarn (or something like that) and it gives a different look. 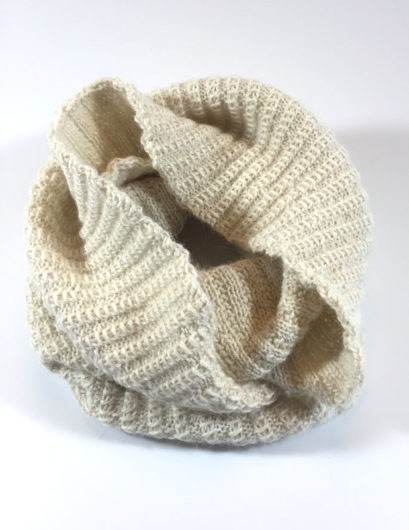 I am typically good with really boring knits. Miles of garter stitch bore many experienced knitters. But not me. Apparently knitting something that’s only a bit boring and I lose my concentration and screw up. Sigh. This cowl is very warm. I’ll get good use out of it.

I knit the full 11 inches that the pattern called for. I blocked the cowl after soaking it in Eucalan, toweling out the moisture, and laying the cowl flat (without using any pins). I had lots of yarn and didn’t worry about the gauge. Mine came out to be 42 inches in circumference and 11 inches deep. A worthwhile knit. And because there’s a few mistakes in it, I will keep it for me!

This next cowl is Jenny F’s No January Blues Cowl. The blue is Tosh DK by Madelinetosh, a beefy DK that matched Mirasol Yarns Umina, which is actually a rather light worsted. Jenny F says “This DK/light worsted weight cowl uses 2 colors to create a gorgeous melange accessory that will effortlessly fit into your wardrobe.”  I knit this awhile back, as part of a mystery knit-a-long (MKAL). Honestly, I have been following the bandana cowl craze with disinterest and I don’t think I’d have knit it if I knew what I would end up with.

But it’s a pretty thing. I wore it, once, and people commented on it without mentioning that it’s a melange accessory. At least they didn’t ask if I was getting ready to rob a bank. 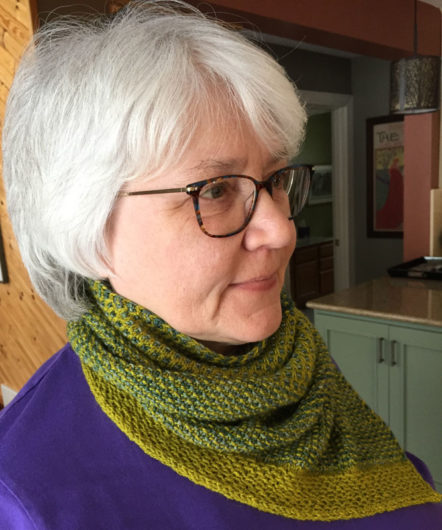 Here’s an easy peasy one, Boxing Clever, in bulky-weight Duo, by Jarbo-Garn. It’s an acrylic gradient-like yarn. Quite beautiful. This freebie cowl, designed by Susan Ashcroft of Stichnerd Designs, includes instructions for changing the size and yarn weight. 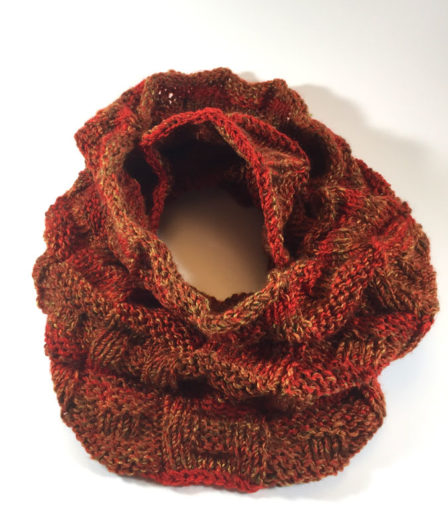 I cast on 108, despite this being a bulky-weight. This was me in stash-down mode, which continues apace. So I used up nearly all my remaining skein by working 5 rows of boxes, 60 rounds. It’s a wonderfully extravagant major cowl that you can easily knit in one night. 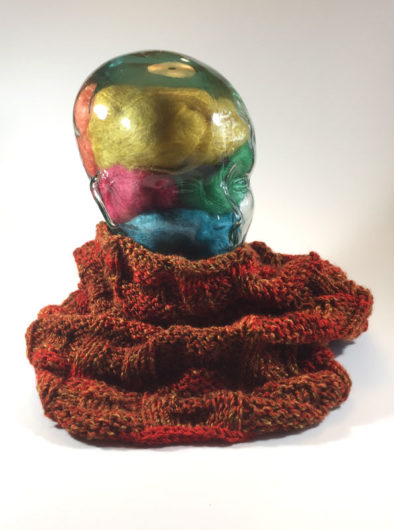 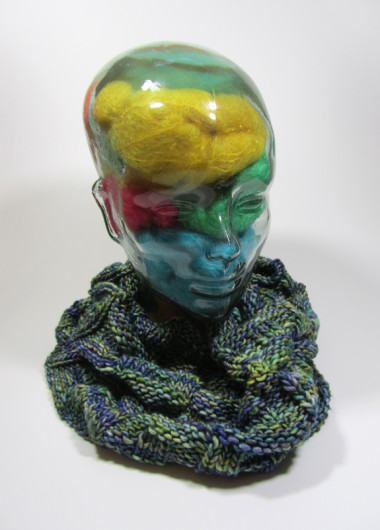 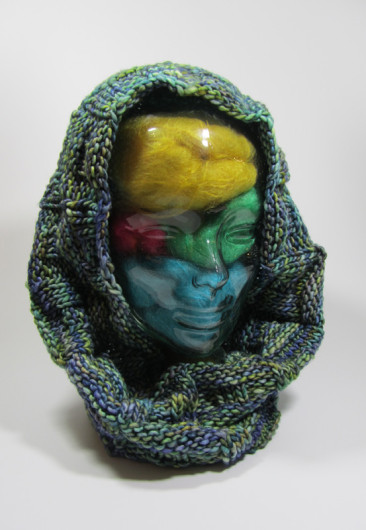 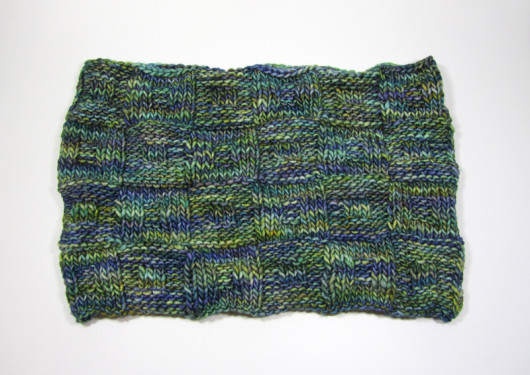 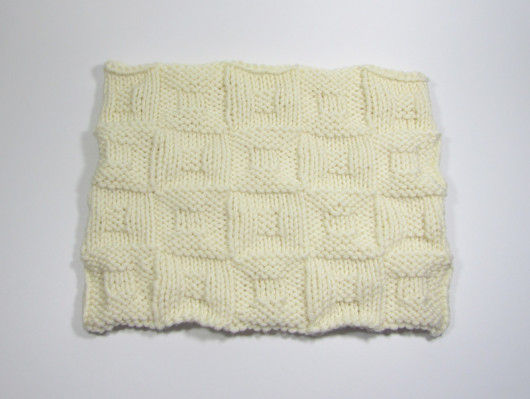