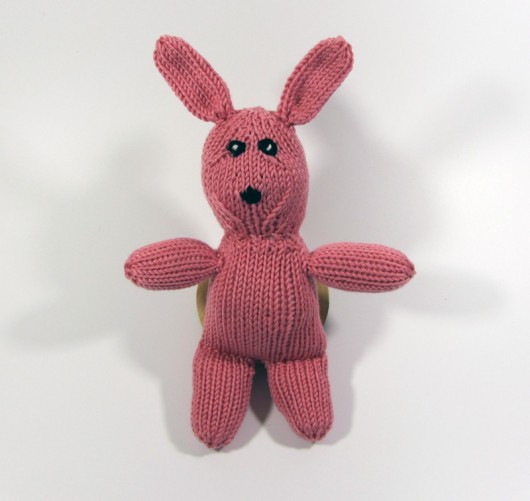 This is a “Long Eared Bunny,” a free Lion Brand pattern, available on their website once you register. I had plenty of Martha Stewart Crafts Extra Soft Wool Blend left over from my Le Cirque playmat and so I knit a number of critters from this set. My modifications were to gather the neck a bit and sew creases into his leg joins to help him sit. I also embroidered the face with yarn rather than use felt, as called for in the pattern.

Oh yes, I knitted a little bobble for his tail rather than a pompom. I am sort of a pompom adverse knitter. The first time you wash a pompom it looks more like a mopmop. 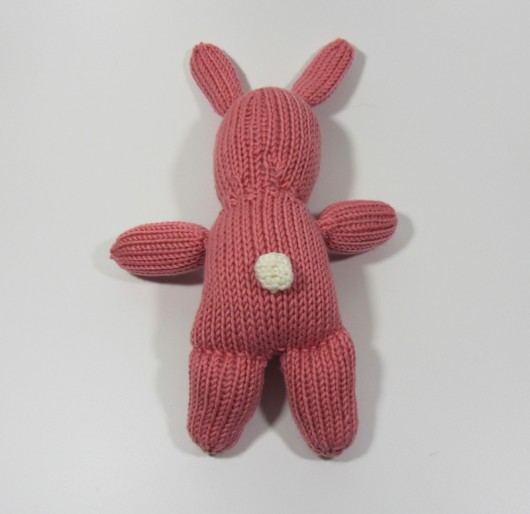 Bunny looked so…so…naked. I settled on a sweet hoodie that Meg Swanson designed for a 10-inch bear. It’s part of a 1993 booklet that included many top knitwear designers, edited by Judith Shangold: “The Designer Collection (For Bears).” The booklet was a fundraiser for The Children’s Aid Society. Vogue Knitting was associated with the project, which included designs for a 10-inch Boyd Bear that was being sold in many local yarn shops when the booklet was first available. In addition to Swanson, there are sweaters and outfits by Kaffe Fassett, Nancy J. Thomas, Nicky Epstein, Deborah Newton, Norah Gaughan, Nancy Marchant and others.

Here’s the Swanson design (I added the bunny tail hole, the earholes are Swanson’s): 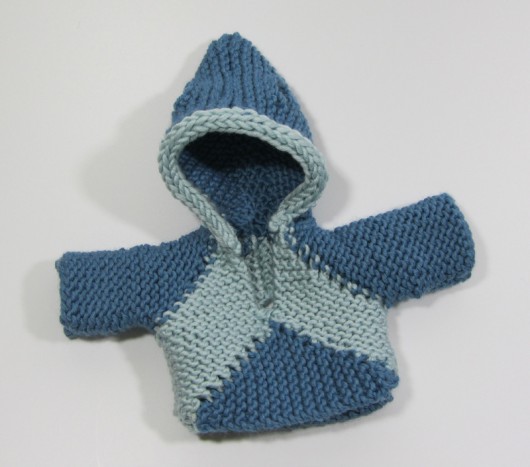 The hoodie pattern is knit all in one piece. It took me several tries to get the zigs and the zags figured out. It would make an interesting baby sweater, but I don’t think I have enough knitting IQ points to figure out how to make that happen.

The hoodie fits bunny just right. He especially likes that he can wear his hood low–almost over his eyes. 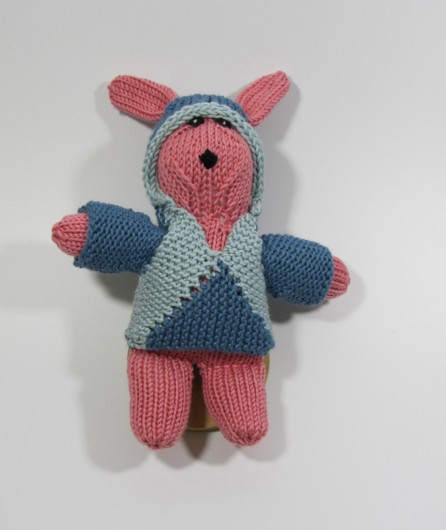 And he can still easily twitch his tail.