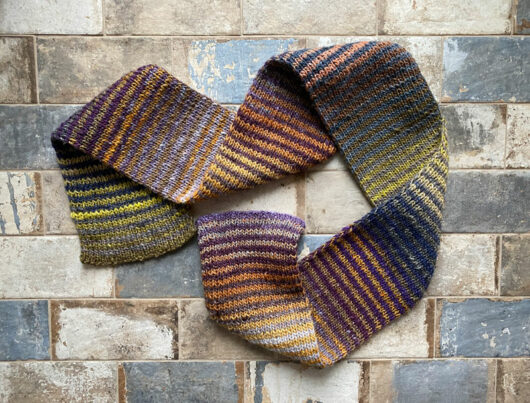 I’m quite fond of this scarf. I guess other people like this style too because you’re looking at the 12th Jared Flood Noro Striped Scarf I’ve knit and I don’t own any of the other 11. Flood is the first to say that he didn’t invent this scarf. But, as his blog post containing the pattern shows, he did refine it. This is just a one-by-one ribbed scarf. But I believe Flood came up with alternating two skeins of Noro Silk Garden every two rows. That’s the magic ticket on this one. Color changing yarn makes a wearer smile and keeps a knitter interested in what is otherwise a totally mindless knit. 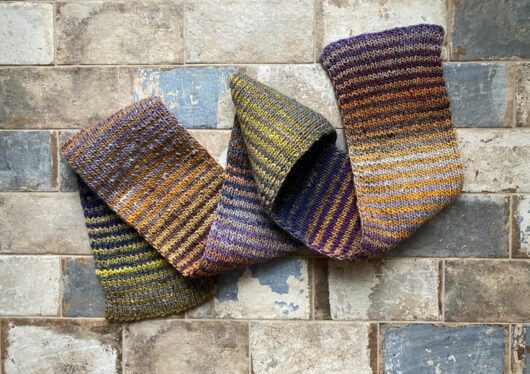 And Flood also recommended that you slip (purlwise) the first and last stitch of every second row in the pair. It creates a great edge and also hides your colorway changes. The only modification I make is casting on 45 stitches instead of the 39 stitches the pattern calls for.  Mine come out about 6.25 inches wide and 66 inches long. A bit more width than the original is what I prefer.

Of course, you can knit the pattern with any yarns you choose. They don’t have to be color-changing. And they certainly don’t have to be Noro. Noro can be an exasperating yarn, with its embedded debris, and occasional knots that totally disrupt the flow of the colors. Plus it’s more rustic than some people like. I think of working with Noro as increasing my tolerance for imperfection. As you’ll see from the next knit in this post, I’m making progress on that goal.

Noro always surprises. I’ve knit this a dozen times and never been disappointed that my two colorways didn’t play well together. I do try to look for two skeins that don’t repeat (or at least don’t repeat very many of) the same colors. Because alternating colors is the plan, not a glob of the same color spread over several rows. If you get a glob, you can just cut out a section of color from one skein and work it in later if you need the yardage.

These were my two skeins: 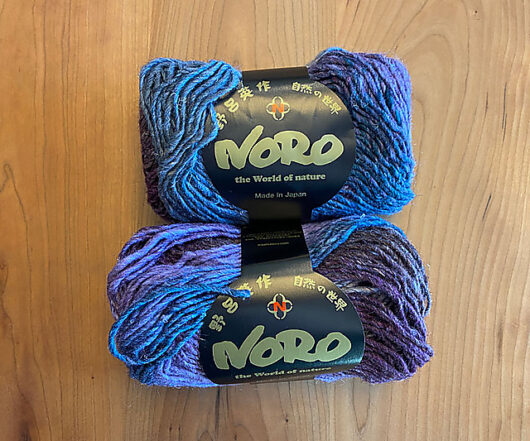 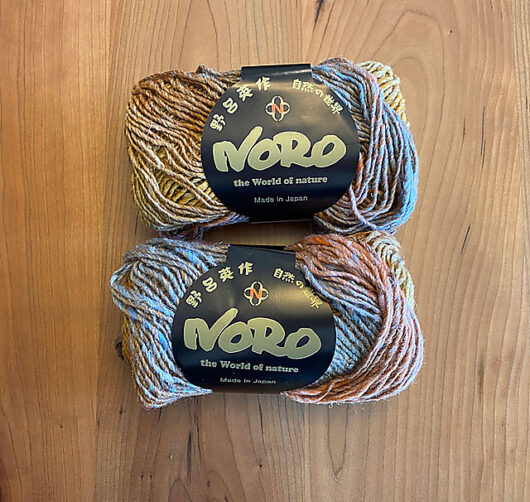 The blue-toned skein is colorway 475. And the brown-toned one is colorway 467. Here’s a closer look at how that slip stitch edge works out. And, if you want to see my other versions of this scarf check here for most of them. 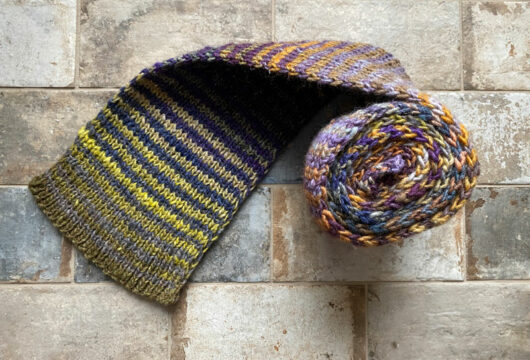 This next full-of-color scarf was was was–just spit it out knitter–a real slog. For me, it wasn’t a fun knit. I still rate the pattern very highly, though. It’s a beautiful design. It just required both too little and too much of my attention. I started with 430 yards of Lorna’s Laces Shepherd Sock Multi. I found LL on a sale rack back in 1492 or thereabouts. My eyeballs fell in love and I didn’t give much thought to what I’d knit with it. 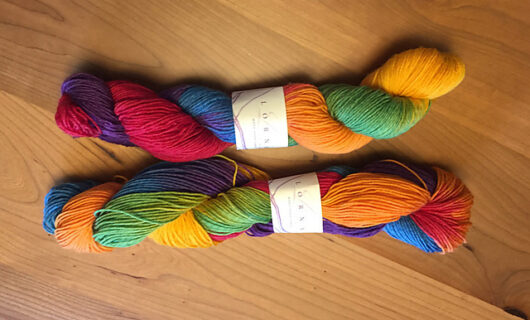 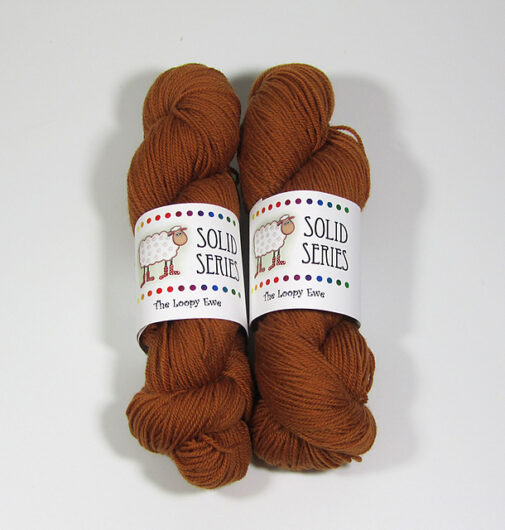 Here’s the result. I had to knit it over the course of a little more than two months, breaking up its knit with other projects. I’d knit 6 inches or so and then go off and knit some instant gratification project. 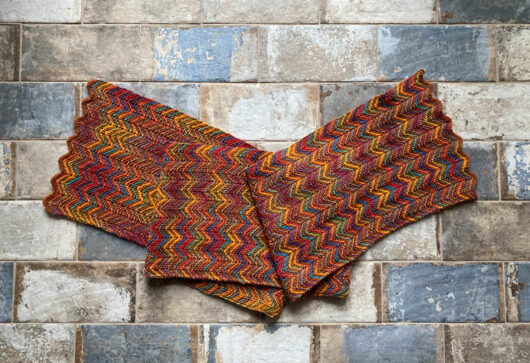 I’m OK with what LL did to my ZickZack, though it’s certainly not what I planned. Have you seen it yet? About one-half of the first skein pooled in a way I didn’t especially like. But I decided I could live with it. The reds lined up with the blues and the yellows with the orange and green, so there were blobs of color. I hoped for something different and less pooled. I continued to knit and at about 24 inches I suddenly realized my yarns had started behaving very differently and just as I’d hoped. No more weird pooling. This photo shows the issue more clearly. 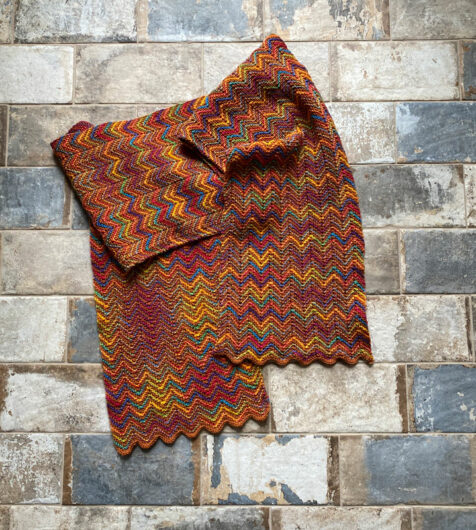 About a third of my 64-inch ZickZack has the blobby pooling and the rest just looks intensely colorful.

I debated with myself and even consulted one of the Ravelry forums about whether I should start over and try to fix this. Somehow. I didn’t alternate skeins, and I probably should have. But I’m not sure the dye placement on the one skein would have fared much better if I had. Or should I give up and start over without Lorna.

Some knitters liked the interesting difference. Most figured it would bother them and I shouldn’t continue. I eventually sided with the first group. This effect makes it clear that hands knit this and not some machine. I’m OK with that, though it did take some convincing. And, honestly, having knit 24 inches, I just didn’t want to start over. Maybe sometimes a knitter needs to go easy and not obsess that the work isn’t as perfect as in our imaginings.