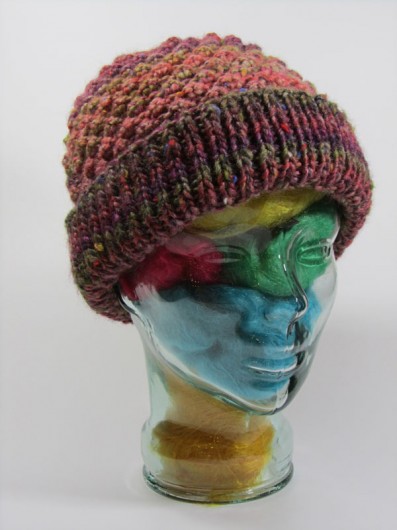 This is Thar. Another in a series of Berroco hats named after. Hmm. Maybe the Thar Desert region to the east of the Indus River, in the Pakistani states of Rajasthan and Gujara. The hat doesn’t really remind me of Pakistan, though. Do you suppose Berroco meant tahr? A tahr is a goatlike mammal that lives on cliffs and mountains in southern India, Oman and the Himalayas. Probably not a typo. That’s not the kind of typo commercially produced patterns tend to have. There is a short little river in France named the Thar. There’s an SUV sold in India named Thar. Thar is a pharmaceutical company. And of course the word is also a variant of “there,” as in “them thar hills” or “thar she blows.”

So, meet Thar, a nice Berroco hat pattern that conjures up exotic goats, rugged cars, barren deserts, drugs and either bad or rustic or archaic grammar depending on your point of view. And it will also keep a head quite warm. Knit here in Lodge, a Berroco bulky mix of wool, rayon and nylon. 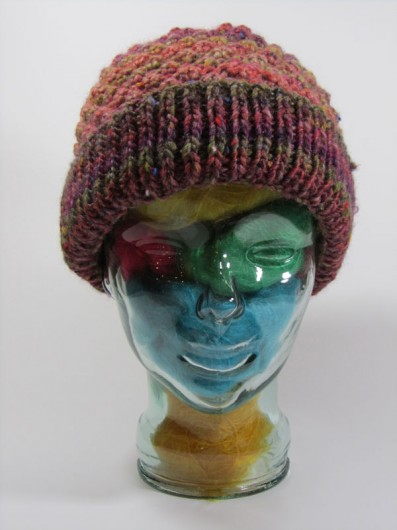