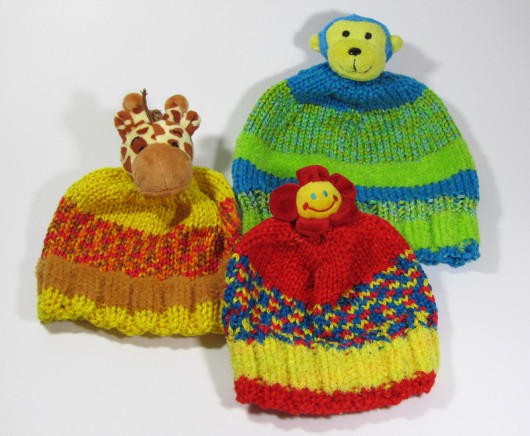 These three cuties are DMC kits: Top This! Hat. Obviously, a giraffe, a flower, and an oddly colored monkey. I knit the giraffe and the flower top, just as the pattern called for on the smallest size. I’d say they’d fit a 1-2 year old.

These hats are knit on size 9 needles (US). That means they take about 2 hours to knit–even if you take a nap for awhile between casting on and casting off. 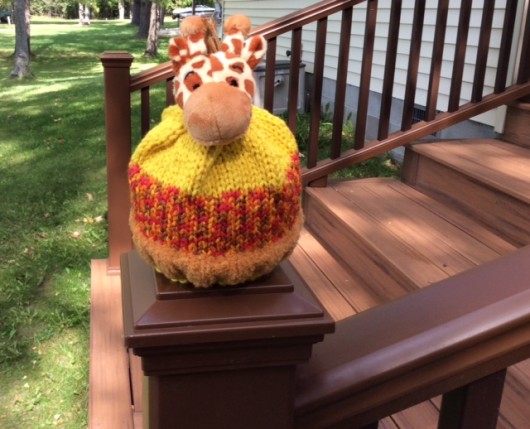 The toppers are part of the kit. They are attached to the hat though a flexible piece of stiff foam material with two holes pre-drilled. The toppers come with ribbons already sewed on. You pull the ribbons through the holes, pull somewhat tight, tie off the ribbon in a knot and bow, and your hat is complete. Easy as could be. When the hats need to be washed, the ribbon can be undone and the topper can be removed. 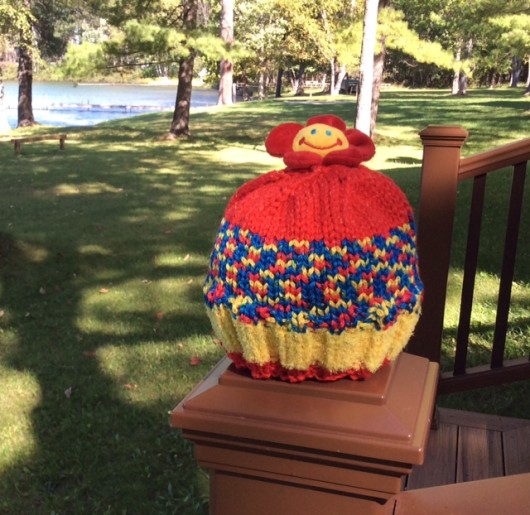 I wonder if a little one might find that piece of foam tucked into these hats a bit irritating. I came down on the side of deciding it will feel OK. The foam is made of the same material as what’s used for switch-plate and outlet insulation–if you’ve ever worked with that stuff.

For the monkey, I experimented a bit. I cast on 68 stitches and was determined to use up more of the yarn. I added a few rounds to make a deeper hat. And I also put an extra round between the first several crown decrease rounds. I ended up with a hat sized for an older child or small adult. 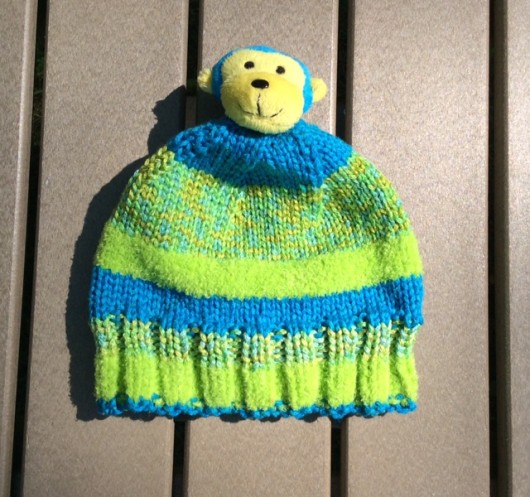 The hats are kitted with acrylic yarn that (pretty much) flows from one type to the next with some obvious joins but no outright knots. Each kit comes with the pattern printed on the inside of the ball-band. The patterns, with additional sizes beyond what’s printed on the band, are available free somewhere on the DMC site. I’ve only been able to access it through Ravelry, though. There are three links on the Ravelry project page. Only the middle one, which mentions a PDF that will open immediately, accesses the pattern.