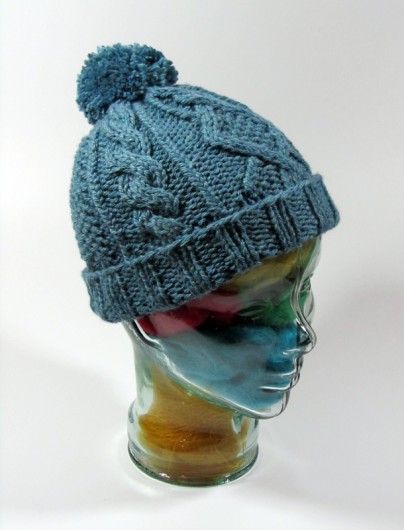 This is Vogue Knitting’s Pompom Hat, included in their Ultimate Hat Book. The pattern calls for Berroco Vintage Chunky and I happened to have a few skeins of it left over from a sweater project. My young neighbor selected this pattern from the many she looked through and I think she made a great choice. It was a fun project, even though I had to knit it twice. The one above is knitted on size 9 US and is significantly under gauge, but it remains a large hat. Here’s a view that shows the top, pre-pompom. 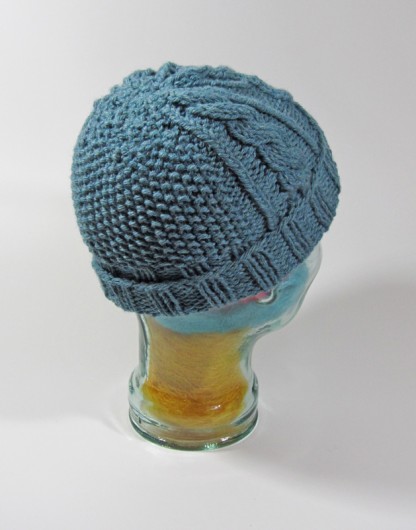 This one, knit on size 11 needles is still knit a tad under gauge and yet it’s a bit too large even for my giantess head. 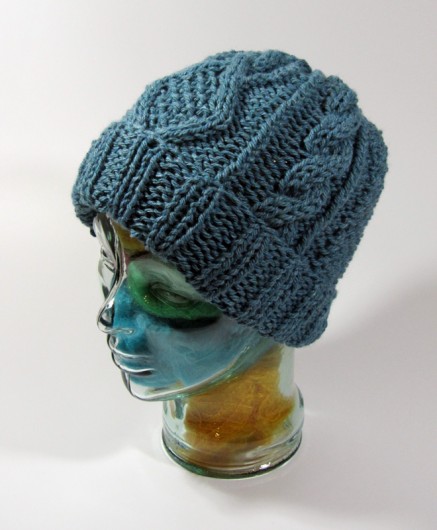 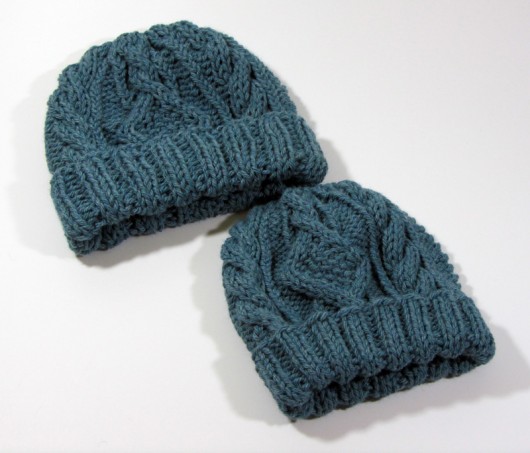 My one improvement was to change to knitting in the round. No seam. And it makes the charts so much easier to knit because you don’t have to remember that the knit and purl symbols alternate. 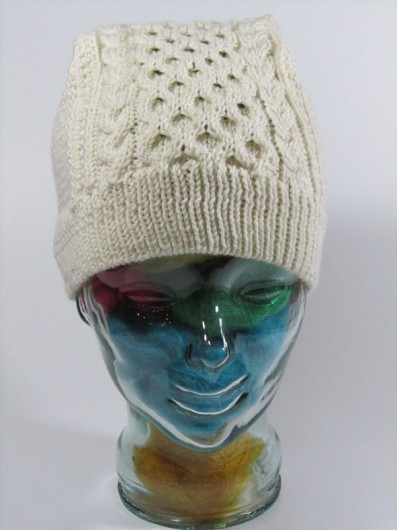 The front panel of this hat is what drew me to it. The pattern is making quite a splash on Ravelry and I think that front panel is the “secret” to its success. My sense, though, is that there’s a bit too much “technique” in this pattern. The designer has short rows in the ribbing. Knitting in the round, in 1 by 1 ribbing, has a directionality to it. When you turn and change directions, the stitches lean in the opposite direction. You can see that, unfortunately, prominently displayed in everyone’s Knotted Pine. It’s not the end of the world but, to me, using short rows to add depth to part of the ribbing isn’t a good idea.

Here’s a view of the interesting top construction. The entire hat can be knitted on circulars, no double-points needed because there is no crown decrease. 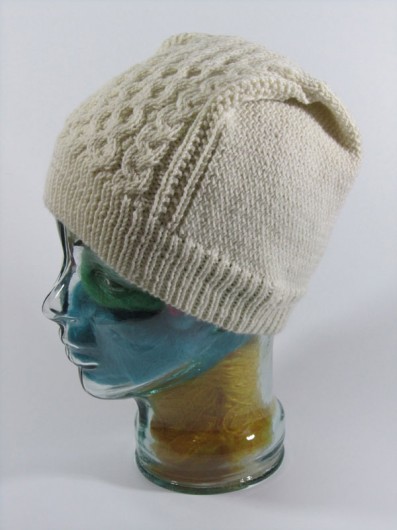 The back of the hat is knitted in twisted stockinette: knit one round, next round knit through the back loop. An interesting effect. Here’s the back. You can see that the end of the round creates a rather prominent vertical, but that doesn’t bother me (much).