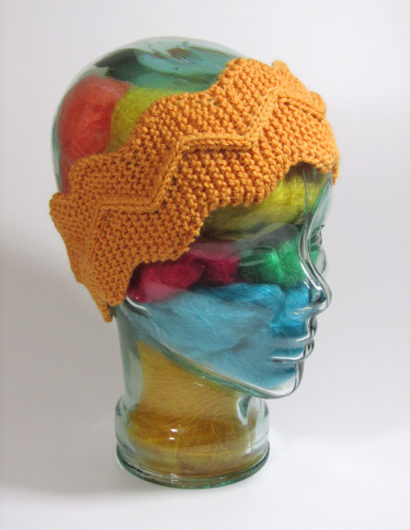 This is a new pattern from Linda Courtney of Knitwise Design: Winding Trail Headband. Courtney writes that “The trail is rarely straight – and neither is this headband!” I knit mine in a long-ago discontinued yarn: Classic Elite Tapestry. It’s a 75% wool, 25% mohair, beefy worsted.

The pattern calls for Malabrigo Merino worsted, but any worsted or Aran weight should work well. Just be sure to keep a sharp eye on the row gauge. Or, if you’re off on the row gauge, adjust the number of pattern repeats. This headband is a one evening project. 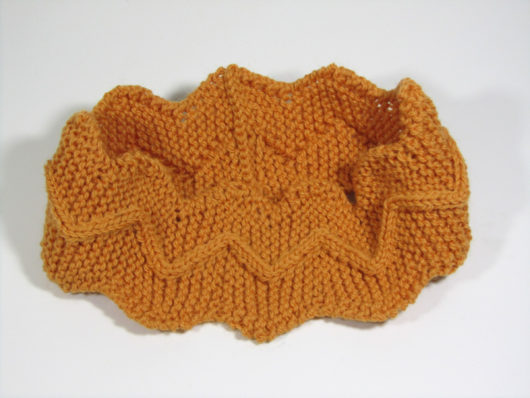 The winding trail starts with a provisional cast-on and ends with a three-needle bind-off. A knitter could chose to do garter stitch grafting. I find that a bit of a bear though, and the three-needle bind-off worked well. There’s a tiny extra ridge at the bind-off. Only if wearers suffer from serious cases of “Princess and the Pea Syndrome” will they be able to feel the ridge.

I cast off and soon cast on for a second. 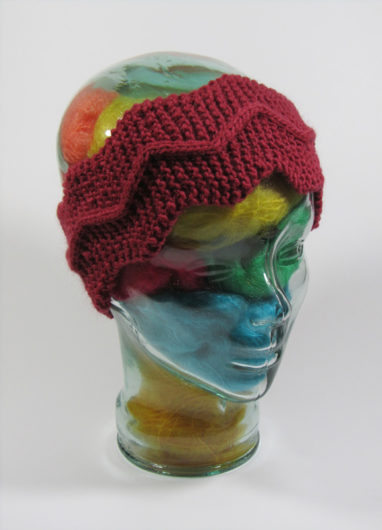 This one is knit in Harrisville Design’s Orchidville Cashmere. It’s a 70% wool, 25% goat mohair, 5% goat cashmere, Aran weight. I’d provide a link but the agedness of my stash strikes again. It’s discontinued too. Orchidville Cashmere, like Tapestry, was a very good yarn. 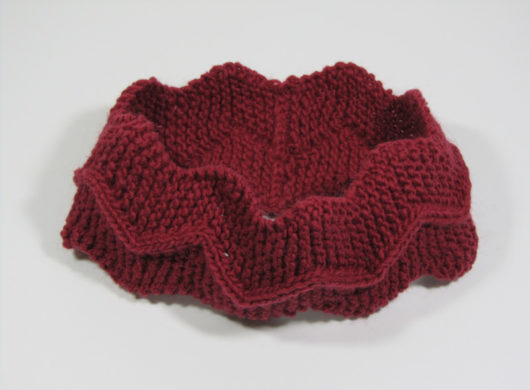 Headbands are such sensible headgear, since ears are what mostly get cold on many people. And headbands are ponytail-friendly. You can keep one in the pocket of every coat, for the days you didn’t think you’d need a hat.

Recently, while reorganizing my stash, I was reacquainted with two wonderful skeins of worsted. Colorbug and Quaere Fiber: 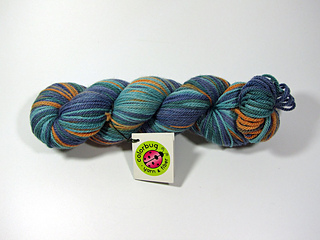 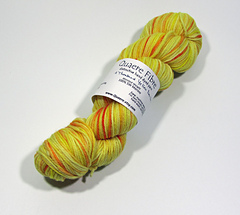 I’d been saving these two beauties for something special. Aimee Alexander’s Central Ave has turned into a bit of an obsession for this knitter so I decided to break out the good stuff. My first two Central Aves (scroll to the end of the post) were very well received by my nieces. So I decided to cast on: 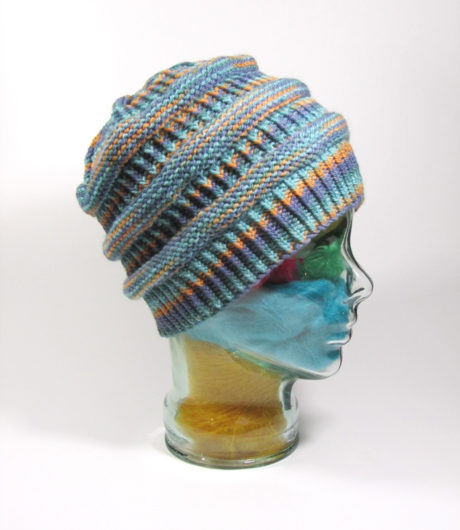 And cast on again: 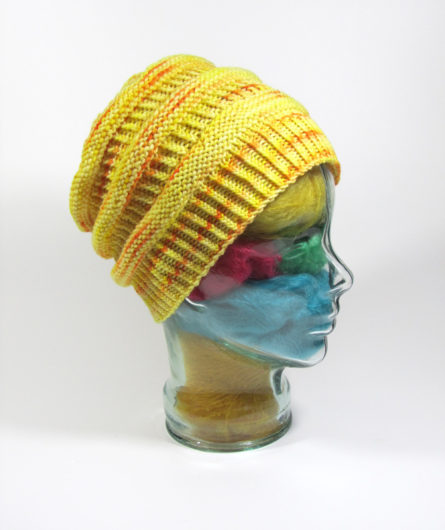 There are a number of hat patterns, some of them free, that look a lot like this one. But Alexander’s version has a few design sensibilities that I feel the others lack.

And it even has a nicely behaved crown decrease. 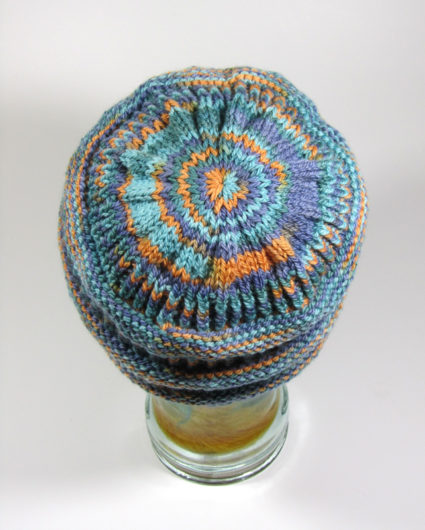 I sometimes test knit for Alexander and for Knitwise Design. And I look forward to it every time. Even in the testing stages their patterns are clearly written, without errors.