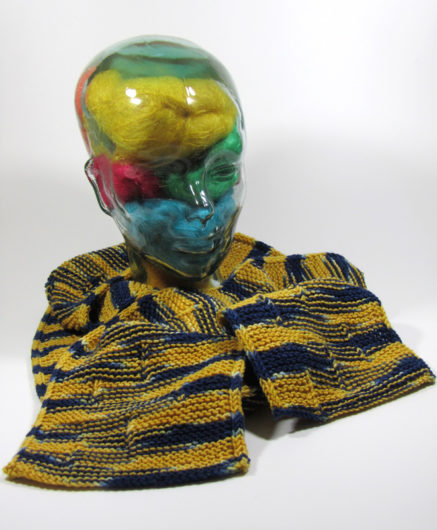 This post is another post on the “I wonder how the same stuff looks in different yarns” theme. Glass head is looking cozy in her five-and-one-half foot Colonel Talbot Scarf. Joan Janes designed this easy mostly garter stitch scarf. It includes a few very nice touches to keep a knitter from nodding off. More on that in a bit.

The Michigander in me needs to call this one my Colonel Wolvervine version. It will look great hobnobbing around Ann Arbor on a maize and blue football Saturday when everyone else bought an off-the-rack scarf. 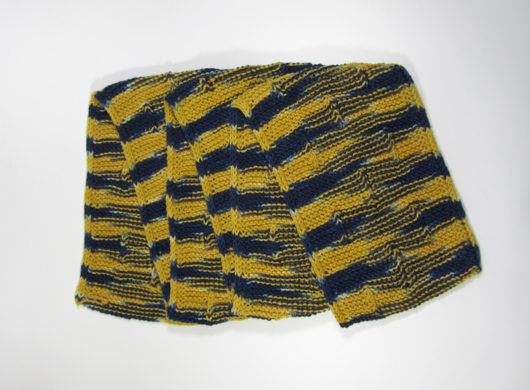 The yarn is Fiesta Yarns Boomerang, an Aran weight, in their college set of colorways. If you’re a fan of that other Michigan football school, Boomerang also comes in a Sparty green and white colorway.

At first I was concerned about how the yarn was pooling on the edges and mixing in the middle. But I came to think the effect was cool. Here’s another view. 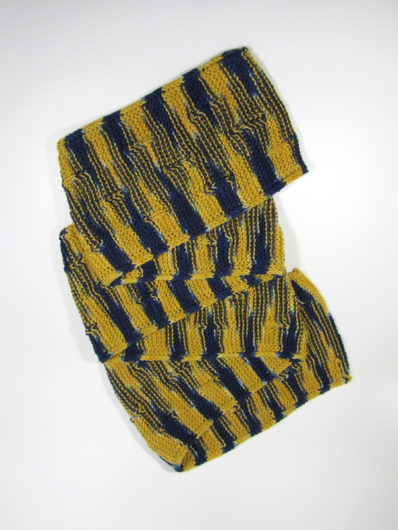 Among the sensible touches in this pattern is the fact that the scarf is completely reversible. When the wearer flips it over a shoulder or ties a knot in it, she won’t need to be embarrassed that her back side is showing. The edges are applied I-cord, knit on as you work the rows. Such a nice trim. And, as you’ll see more clearly in the last version in this post, there are 10-row long drips of nicely space stockinette. 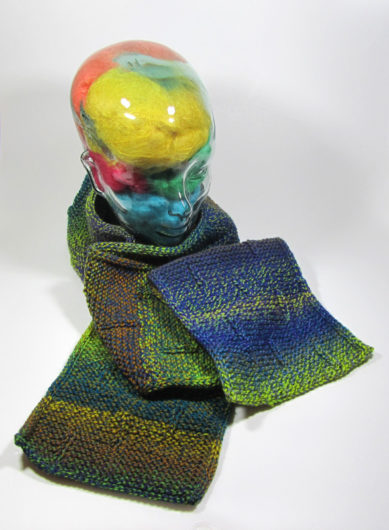 It’s a tad more difficult to see those drips of stockinette in Brisbane. But again I love the effect of the color-changing yarn. 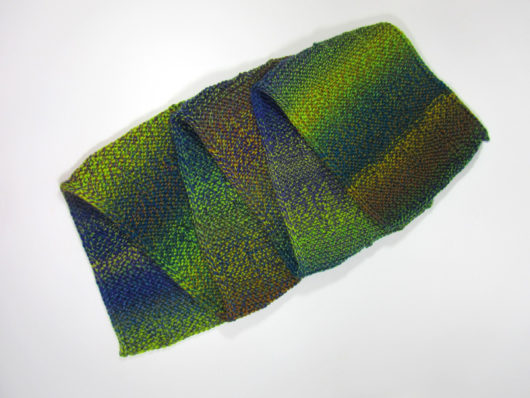 This colorway combines colors I’d not think would work well together. But they do. 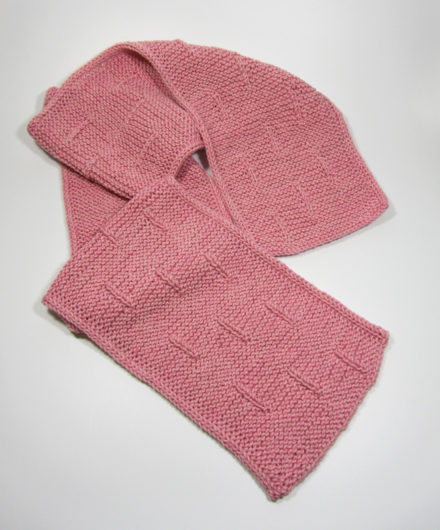 Here’s a nice tame Colonel Talbot. This one was the first time I knit the Colonel. I used String Theory’s Aran Caper. Caper is an 80% merino, 10% cashmere, 10% nylon yarn. It worked up exceptionally nice. And the evenly spaced drips are clearly visible in this version.

It’s often the simplicity of the knitting that keeps me coming back to a pattern. 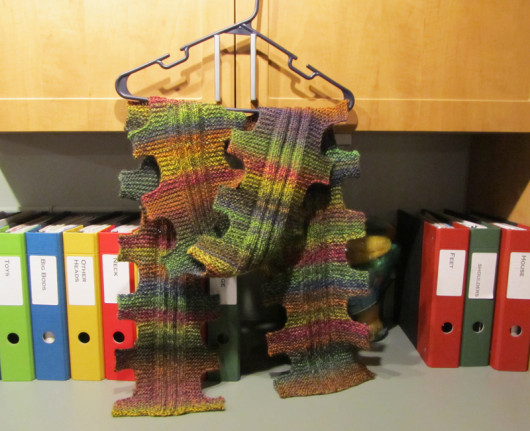 It was fun to knit. And I definitely like reversible patterned scarves. Especially if you gift a scarf, if it’s not reversible you’ll see it worn backwards every time you see it worn. Same goes for hats with seams–they’ll always be worn by the giftee with the seam smack dab in front. And, though I try to gently educate the recipients of afghans that they are warmer public side up, they’re almost sure to be folded backward on the couch. (But at least that means they’re being used.)

Just under 400 yards of Aran weight. It needed a rather aggressive block to open up those middle ribs a tad. 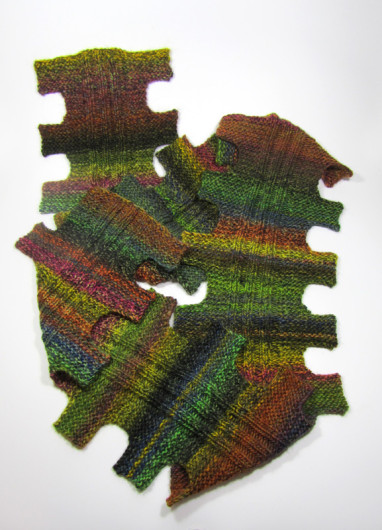 I enjoyed knitting it. The color-shifting yarn holds a knitter’s interest even when the billionth jigsaw puzzle piece starts wearing thin.

So, that’s Wellington. And this next scarf really is Colonel Talbot. 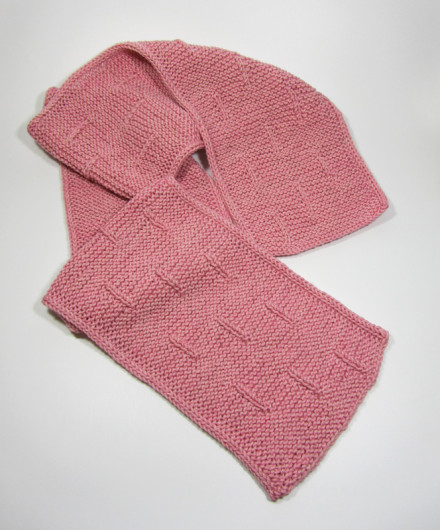 Colonel Talbot, in the library, with a candlestick. Oh, no. That would be Colonel Mustard. This is an excellent unisex scarf pattern by Joan Janes of Littleredmitten. I knit mine in String Theory Hand Dyed Yarn’s Caper Aran. I’m not sure if Caper Aran is currently available. But it’s 80% merino,10% nylon, and (ahem) 10% cashmere. Quite special. 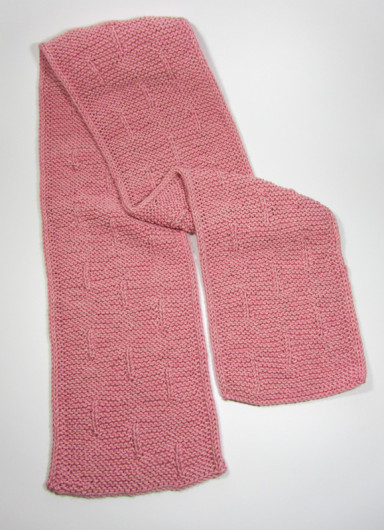 It’s a simple pattern, for sure, but with some excellent design features, including I-cord knitted-on edging and an interesting bunch of raindrips to break up the garter stitch.

Sometimes I have trouble wearing scarves. They dangle into the velcro flap patches on my coats and get stuck. But I definitely enjoy knitting them.