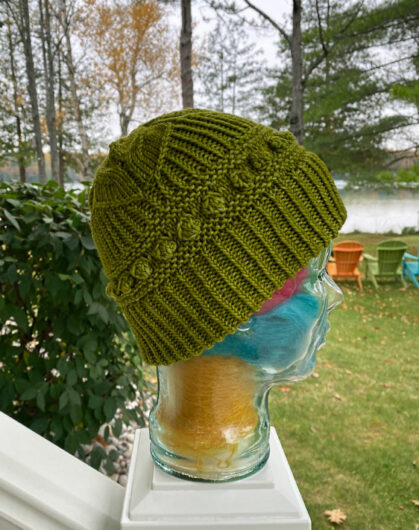 I’ve already accused myself of being obsessed with Maria Socha’s hat designs in another blog post. Apparently I’m out to prove that I’m guilty as charged.

This is Estera. It’s been one of my favorite hats during this early cold Michigan winter. I knit mine in Malabrigo Rios in the lettuce colorway. Socha makes bobbles look amost elegant in this hat. And the strong architectural lines of the body of the hat flowing into those graceful crown decreases? Wow. Just wow. 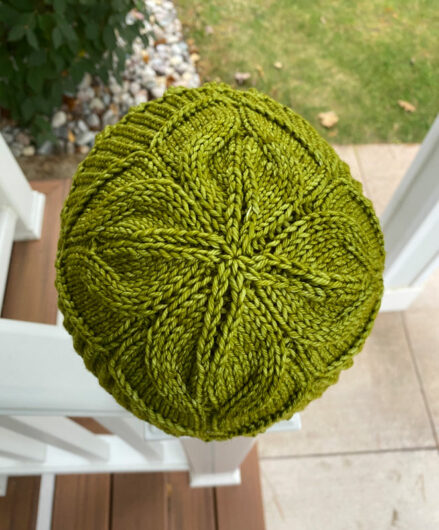 Next up is Jelenka. It’s knit in a yarn that’s new to me: The Yarn Collective’s Pembroke Worsted. Excellent yarn. Great hat. Here’s a close look at the texture flowing back, and forth, and back again in this hat. 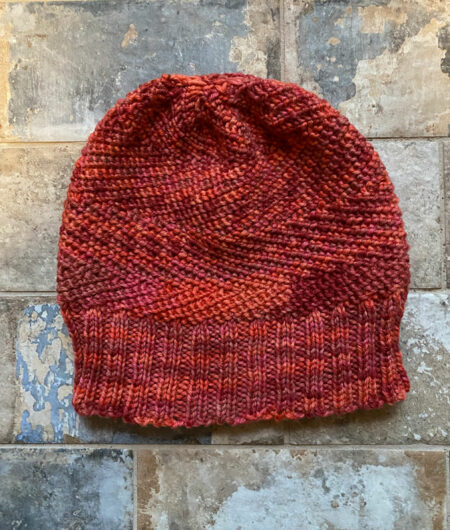 It’s an interesting, simple stitch that creates a dense but squishy fabric. Glasshead found it quite cozy. So does the head currently wearing it. The flow of the stitch pattern does a great job of taming variegated yarns, 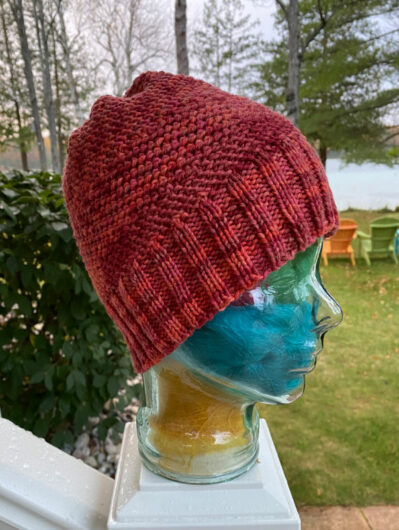 Socha’s designs often have spectacular crown decreases. This one is more subtle than most but the pinwheel effect works great and looks great. 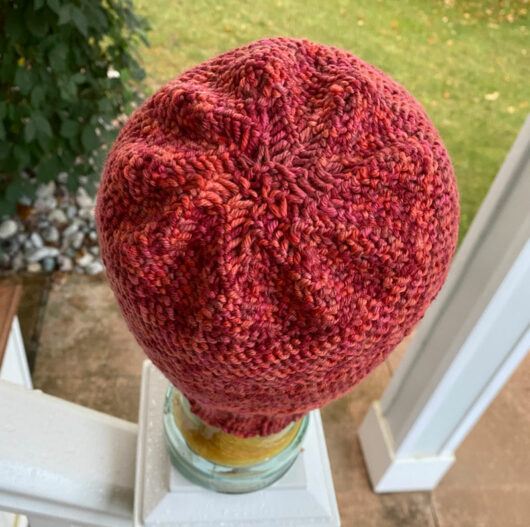 Klapsa is next. Here’s the pear, a favorite variety in Socha’s native Poland. 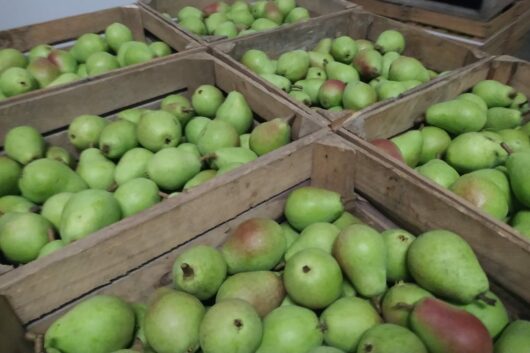 Here’s the hat. (I probably should have knitted it in green.) 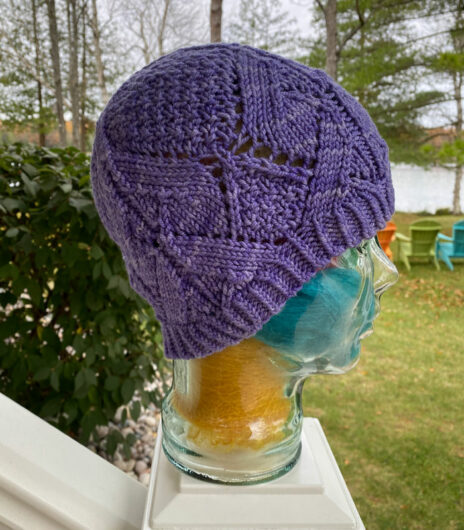 Klapsa is a wonderful fun knit. Mine is knit in HiKoo by Skacel’s Sueno Worsted.

Socha’s patterns are both charted and provided line-by-line. I worked from the chart. The 22-stitch, 55 round chart is super easy to use because it prints at full-page size. It makes for a comfortable read for my old eyes. The chart is even easier to work than it seems at first glance because every other row is simply working the stitches as they appear from the prior round. 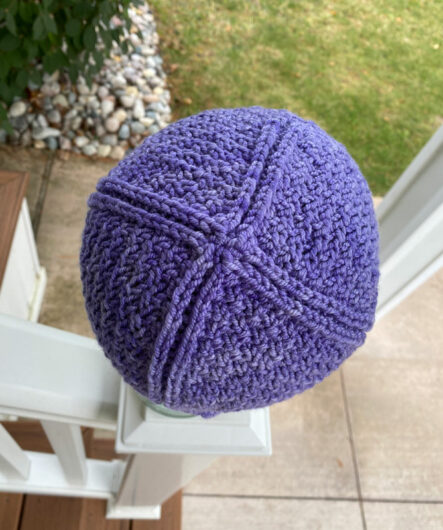 And, once again, a great crown decrease.

For the cold ears among us: Ulena. That’s a very wide doubled brim, with a picot edge. Starting with a provisional cast-on creates live stitches to join to the stitches on your needle. And then it’s off to the races with fun increases and decreases. Plus some well-placed bobbles. 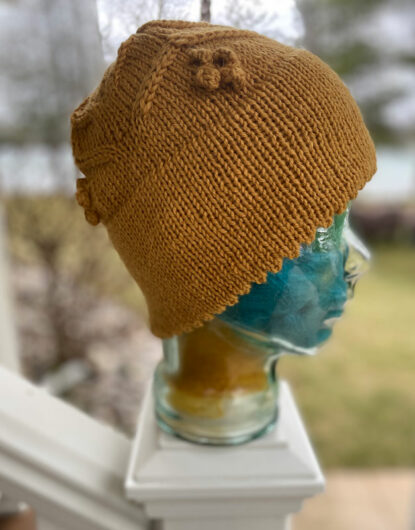 Here’s a look at the interesting effect. 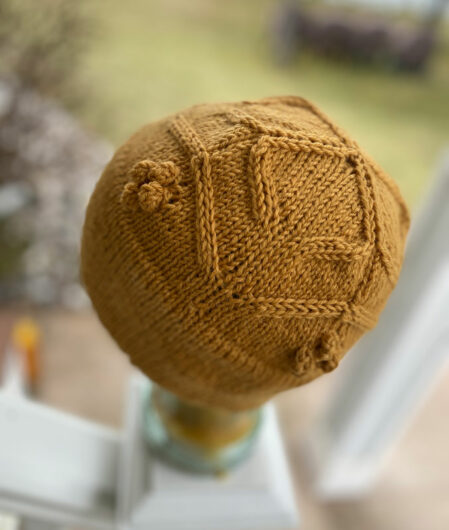 Ulena finishes off with a great crown. 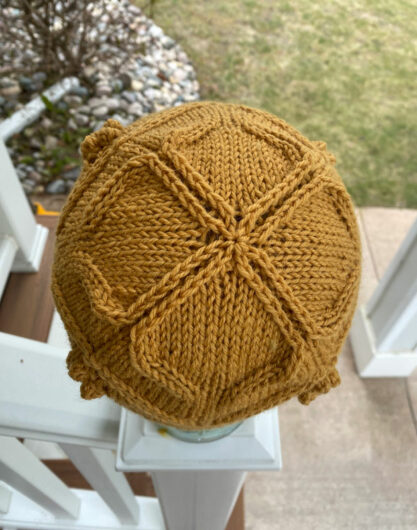 Ulena calls for an Aran weight yarn. I used Novita’s 7 Veljesta Solid. I wasn’t sure how a yarn with 25% acrylic would work up with the tugs of the increases and decreases and bobbles on stockinette, but it did well.

By now, I must seem to be quite the fan girl of Socha’s hat patterns. To me, she’s a major talent in the knitting universe.