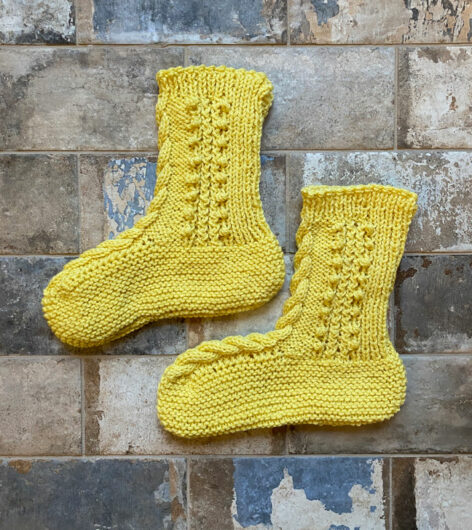 Aren’t these vintage bed socks sweet? I was poking around on Abe Books not too long ago, looking for knitting books. Throughout the 70’s and 80’s and, ahem, even earlier, I often knit from patterns in McCall’s Needlework & Crafts. I’d never seen this copyright 1984 hardbound book before. But for $3.50 and free shipping I took a chance that it might have some interesting patterns. 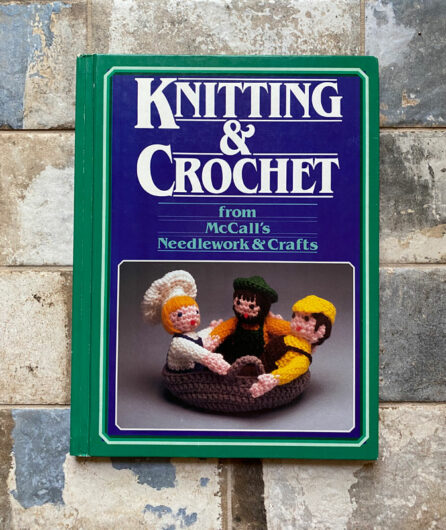 My new mattress has some sort of air-cooled feature that is chilling my feet down into the sub-zero range. I’ve taken to wearing my wool socks to bed. Truthfully, it’s 93 degrees Fahrenheit in northern Michigan today and this isn’t a problem at present. But bedsocks sounded like just what I needed.

I knit these in Stonehedge Fiber Shepherd’s wool. This worsted weight worked out perfectly. My toes stay cozy and they’re cute to boot.

My bedsocks used to be something else. A Betangled Cowl. I know. The cowl was lovely and it was great fun to knit. But all those buttons weighed it down and I just couldn’t seem to get it to lay correctly or comfortably around my neck. And it suffered mightily from flopsy syndrome. So I unravelled it. And now I have bedsocks, with yarn to spare. 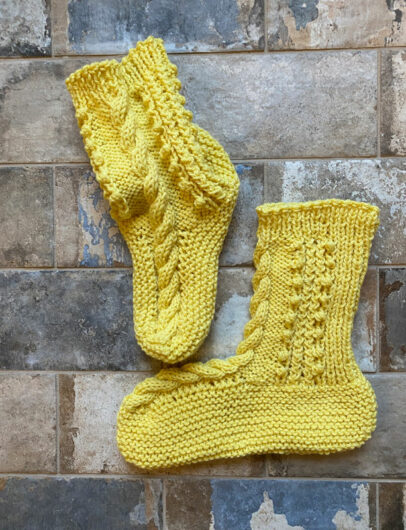 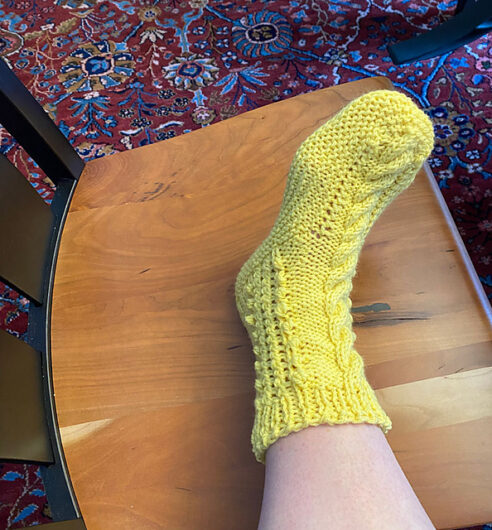 These next worsted weight socks are knit in Berroco Vintage. I see it as a worsted though Ravelry ids it as an Aran-weight. Steve likes worsted weight socks, especially when he’s lounging around in his slippers in cold weather. These are Michele Wyman’s Twinkle Toes socks. Maybe you guessed that I didn’t feel I needed to tell my mate the name of his socks. He’s totally unfussy about colors. This apricot suits him just fine. But I might have been pushing it with Twinkle Toes. 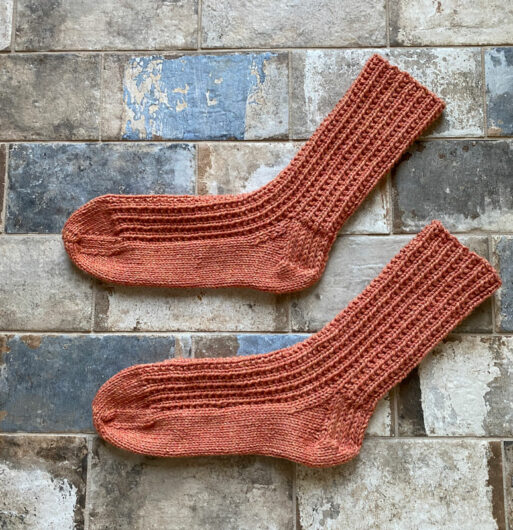 Confession time. These used to be something else too. In its former life it was the Square Deal Scarf. I really enjoyed knitting that scarf. But the width was kind of overwhelming and I didn’t think it likely I would wear it or find somewhere to re-home it. So, the yarn has new life in Twinkle Toes. Plus I have gobs of yarn left for something else. 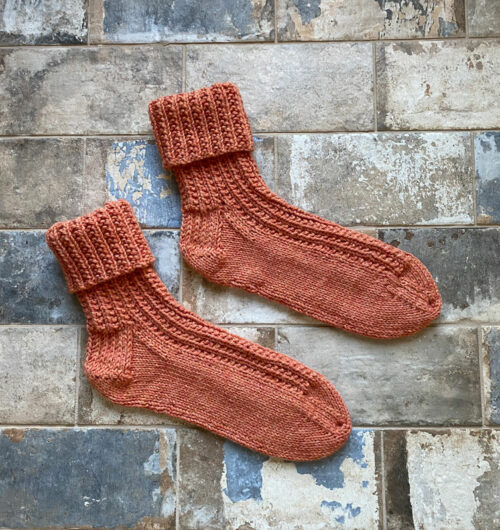 When I reuse yarn, maybe I take the lazy knitter’s route. I don’t wash the yarn. I just unravel the knitting, ball up the yarn as I unravel, and then I start knitting again. After the new knit is complete, as I block the new knit, is time enough for washing the yarn. Working with the yarn for a second time pretty much irons the kinks out anyway. 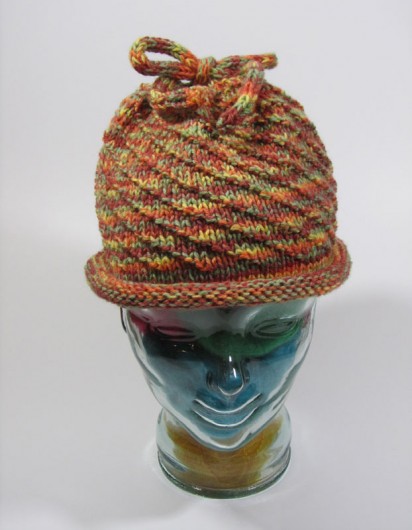 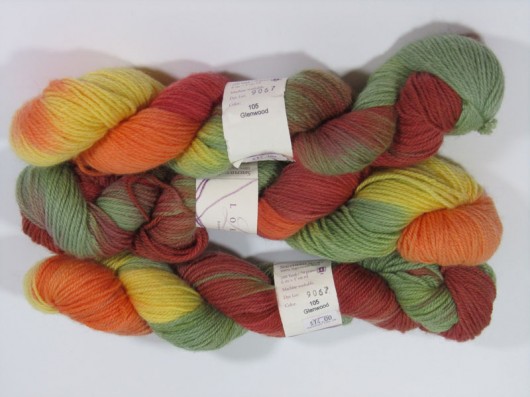 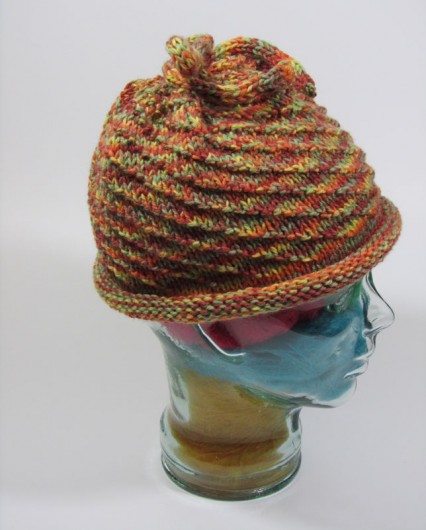 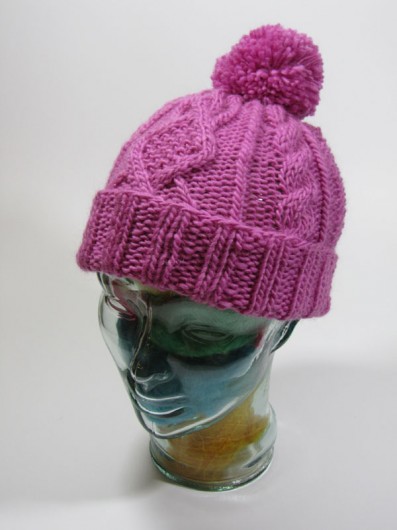 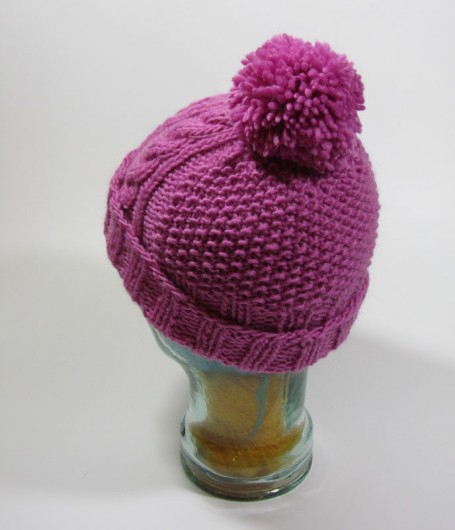 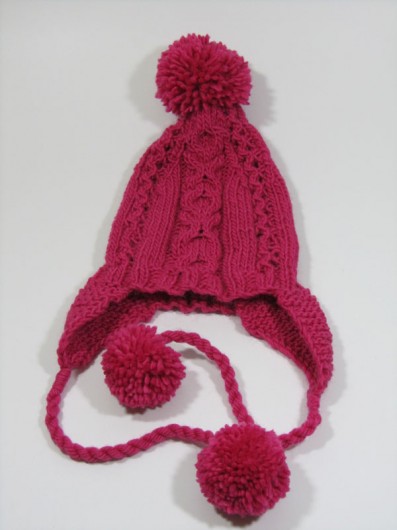 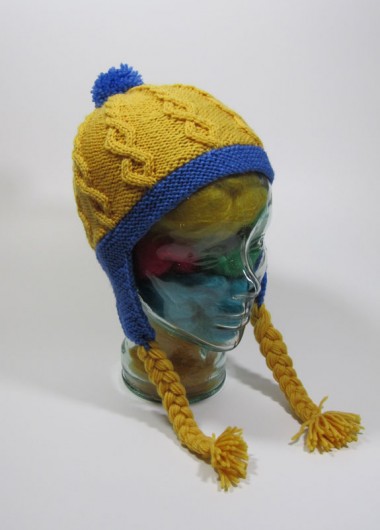 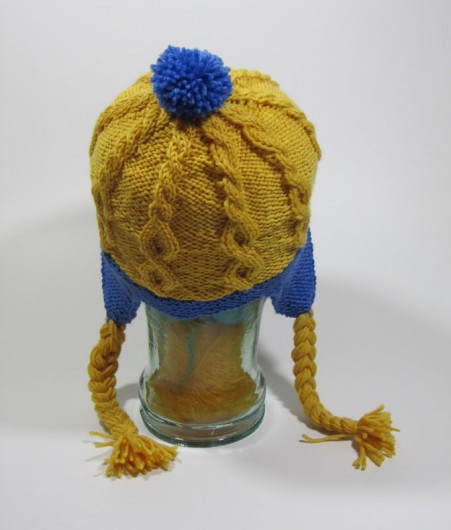 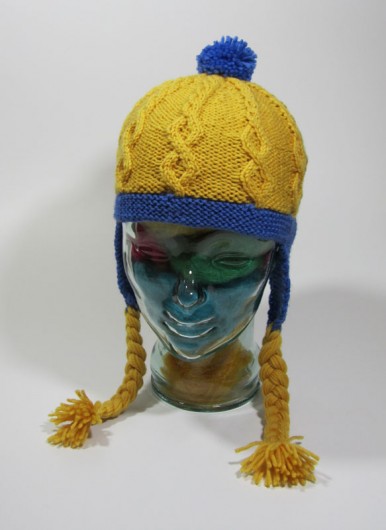 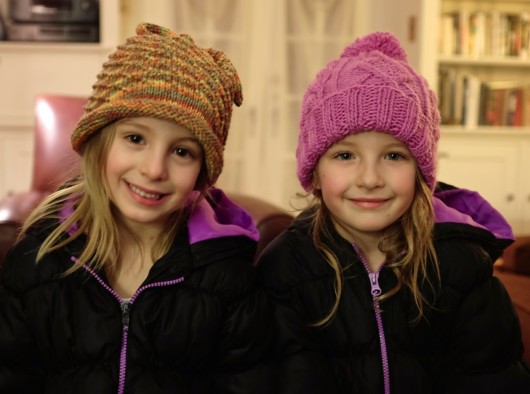 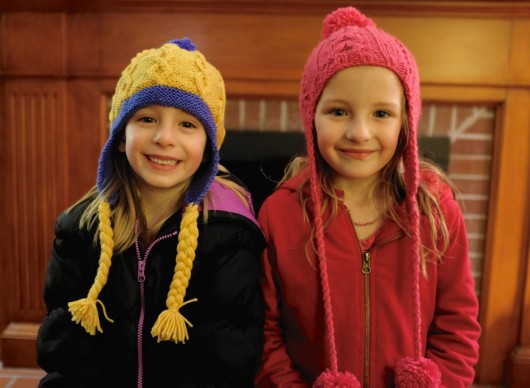